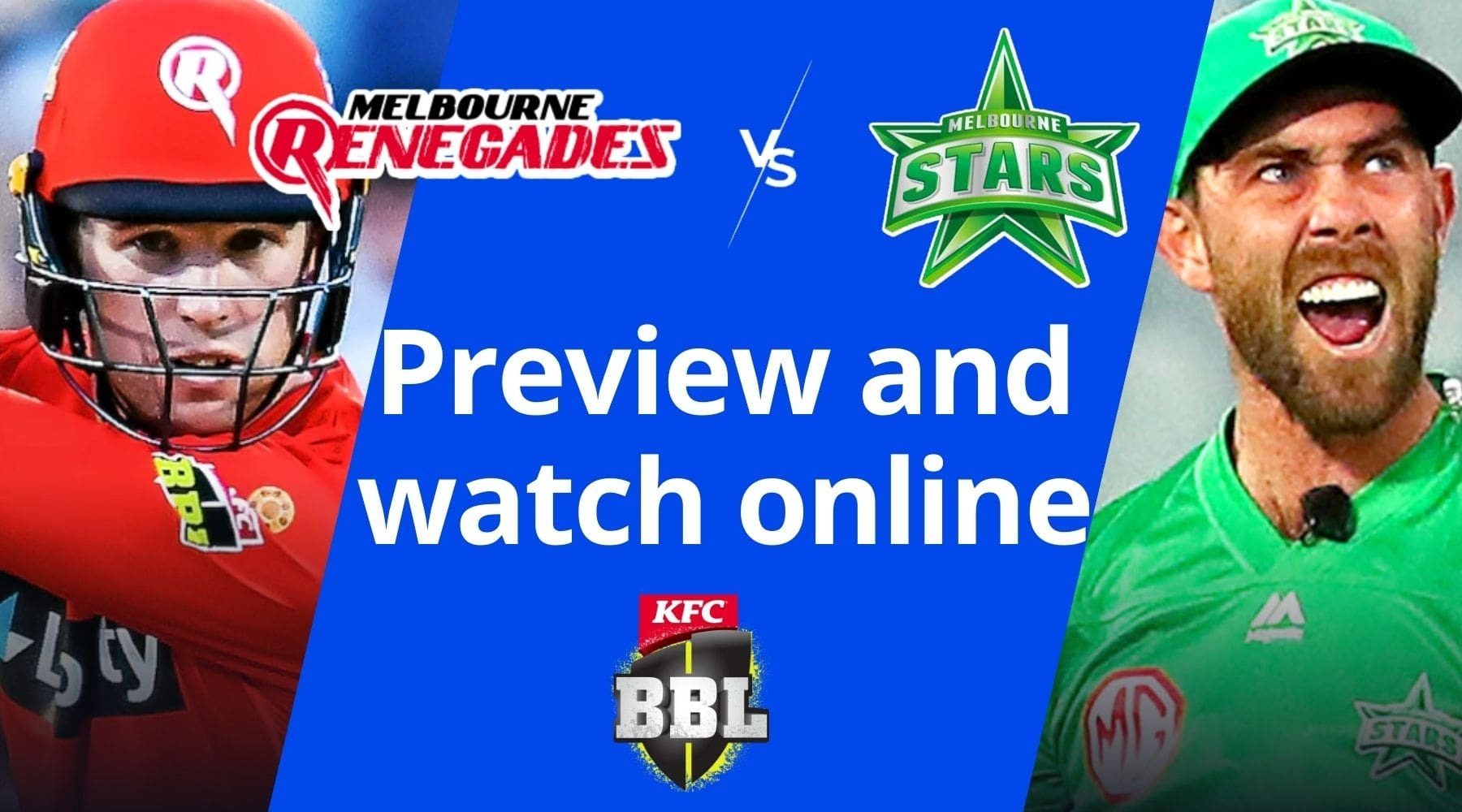 Neither team can afford to lose as the Renegades and Stars do battle in the second Melbourne derby of the season.

SUMMARY: Melbourne Renegades vs Melbourne Stars is on Fox Cricket. Unless you're already a Foxtel customer, your best option is to watch live on Kayo Sports. You can watch for free using this 14-day trial.

The Melbourne Renegades have looked good at times this season. But when they've been bad, they've been really bad – as was evident when they got hammered by the Sydney Thunder last weekend.

However, they did win the most recent Melbourne Derby at the MCG, so that will give them some confidence.

The Stars found a bit of form in a good win against the Adelaide Strikers after COVID-19 had decimated their playing roster. They are still very much within striking distance of a spot in the finals.

The clash is at 7:35pm AEDT on Thursday 13 January at Marvel Stadium in the Docklands.

How to watch Renegades vs Stars?

This match is only available via subscription and there is no free-to-air coverage. We have a full guide to the BBL here. You can also check out a breakdown of the BBL fixtures.

Subscriptions to Kayo start from $25 a month which lets you watch on 2 devices at once. If you're after a third simultaneous stream then you can upgrade to the Premium subscription, which is $35 monthly.

Who will win Renegades vs Stars? 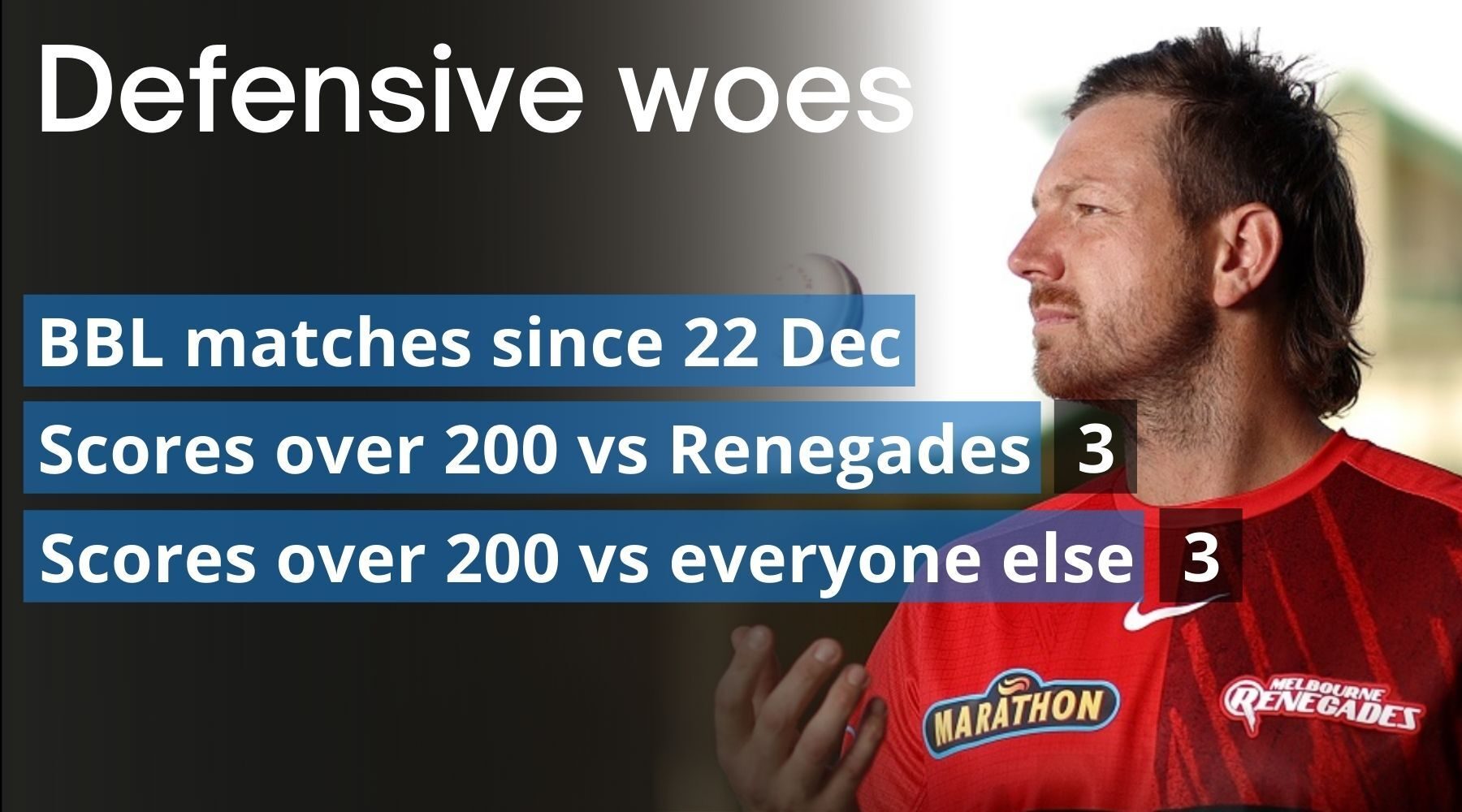 The Melbourne Renegades looked like they were starting to work their way back into some form, but it all fell apart again when they got smashed by the Sydney Thunder. It is the third time they've conceded a score in excess of 200 in the space of 16 days.

As a result, their net run rate is abysmal, so they will need to win every game from here to have a chance for finals. They do have the quality on their roster to be competitive, but it doesn't click often enough.

The Stars have fought gallantly in the face of huge COVID-forced absences, and the win over the Strikers this week was enormous. English import Joe Clarke has been huge at the top of the order and will need to be again in this clash.

It is hard to predict which way this contest will go, but we think the Stars might make it 1 derby win apiece for the season.