How to watch 2021 AFL grand final live and match preview 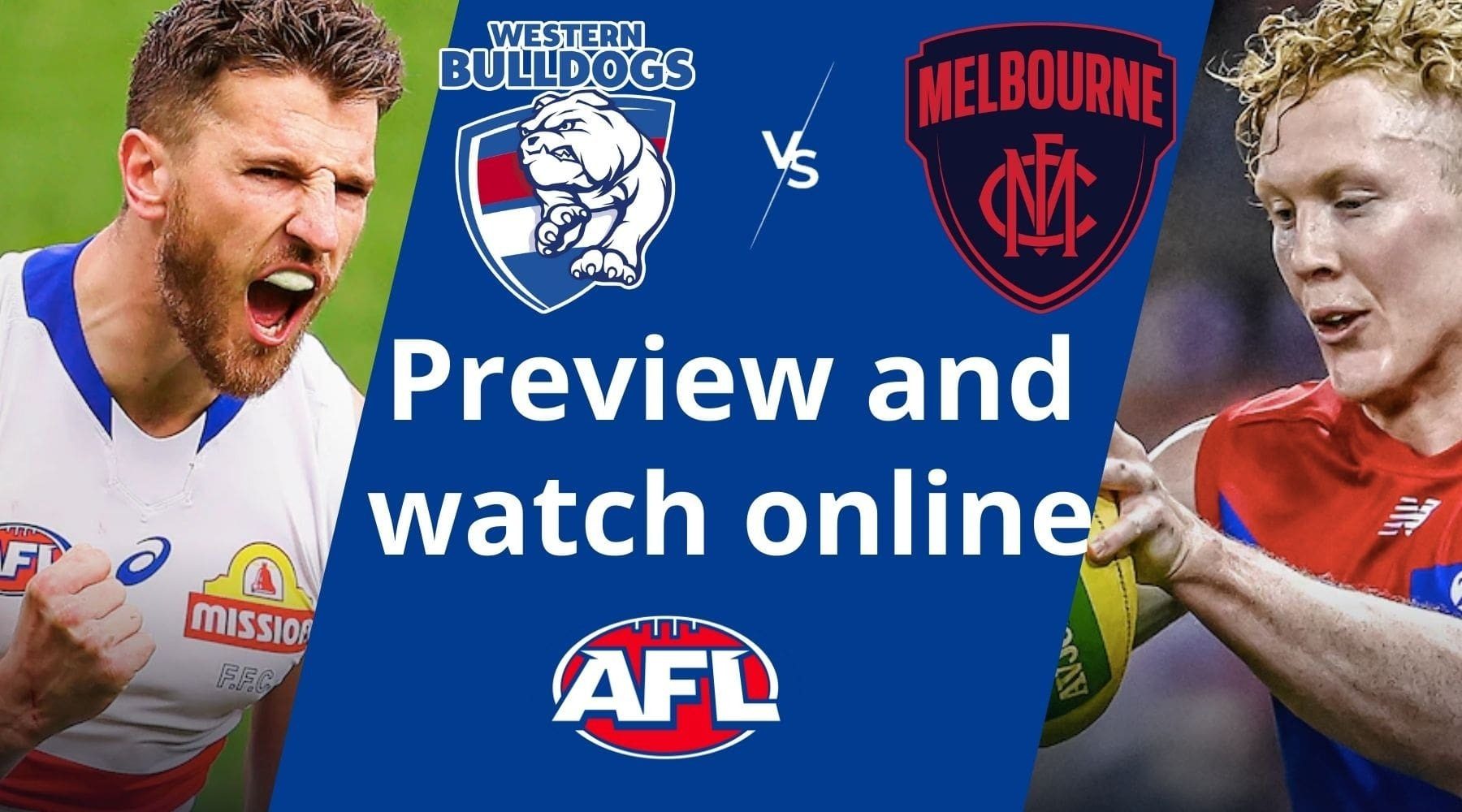 The 2021 AFL grand final between Melbourne and the Western Bulldogs has all the ingredients of a classic. This is how you can watch.

SUMMARY: The 2021 AFL grand final is live on Channel 7 and 7plus. After fulltime, you can watch a replay and more than 50 live sports on Kayo Sports. You can watch for no cost using this 14-day free trial.

The 2 best teams of the 2021 AFL season, Melbourne and the Western Bulldogs, are set to battle it out in what's shaping as a dream grand final for footy fans. Melbourne have looked very much like the AFL's premier team all season, spending much of the year perched on top of the ladder. Victory will end a 57-year premiership drought, the longest current streak in the league.

The Dogs have been yapping at Melbourne's heels all year long and enter the grand final in the sort of form that saw them sweep the 2016 finals series to claim an inspirational first flag in 62 years. Whatever your plans, make sure you're in front of a screen for the first bounce of what just might be a classic grand final.

Due to the pandemic, Perth's Optus Stadium will host this year's grand final. The action gets underway at 5:15pm local time (7:15pm AEST) on Saturday 25 September. You can also check out the AFL grand final start times right across the country.

It is just the second time in history that an AFL/VFL premiership will be decided outside Victoria. The first came last season when the grand final was played at the Gabba in Brisbane and won by Richmond.

The grand final is live and exclusive to Channel 7 right across Australia. Then right after the full-time siren, you can watch a full replay on Foxtel iQ, Foxtel Now or Kayo Sports.

We have a full guide to watching the AFL season here. Kayo Sports is our pick of the bunch, it allows you to get Fox Sports without committing to Foxtel.

Can I stream the AFL grand final on 7plus?

Yes. The game will be available on 7plus for select connected TV, set-top box and gaming console devices. These are Telstra TV, Samsung Tizen (2016 and later), Fetch TV, Apple TV, PlayStation 4 and 5, some Android TVs, Google TV and LG TV.

It's worth noting, 7plus is not available on Chromecast or AirPlay. You also can't watch a replay on 7plus, for that you need Kayo or Foxtel.

You can watch Melbourne vs Western Bulldogs on delay for no cost using Kayo's 14-day free trial for new users. After the trial period, a Basic subscription is $25 a month to watch on 2 screens or $35 a month for a third screen. You can check it all out in our Kayo Sports review.

Who is performing at the AFL grand final?

For the second straight year, organisers are focusing on Australian acts for the decider. Birds of Tokyo are the headline act and will perform alongside the West Australian Symphony Orchestra at halftime.

During the pre-match entertainment, Eskimo Joe, John Butler, Abbe May and Stella Donnelly will be among the performers. In true 2021 style, Up there Cazaly and One day in September crooner Mike Brady will be part of the festivities remotely from Melbourne. 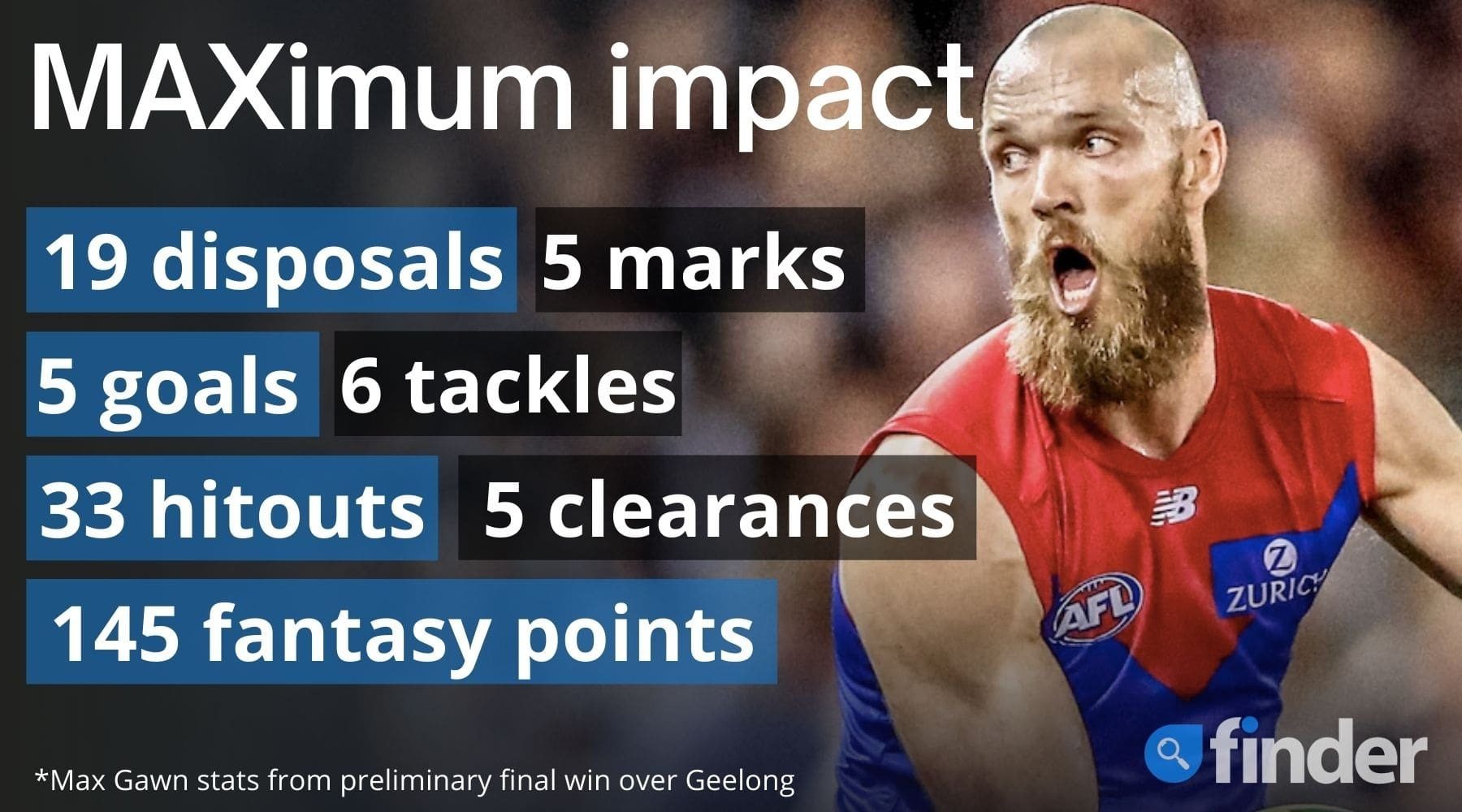 The Demons won 17 games in the home and away season, drawing another, and spent 13 of 23 rounds on top of the ladder. The Dogs, meanwhile, spent 8 rounds on top and 11 in second position.

These teams met twice this year, sharing the spoils with a win each. The Dees handed the Dogs their biggest loss of the season when they suffocated an albeit depleted Bulldogs outfit with relentless pressure to run home 28-point victors at Marvel Stadium.

The Dogs had their revenge in round 19 with a 20-point win at a rain-sodden MCG. The Dees have not lost a game since. The Dogs have won 3 of the last 4 games between these sides but the Dees won the 3 before that. It's 5 wins apiece in the last 10 games between them.

Melbourne coach Simon Goodwin has won 4 of his 7 games against Dogs coach Luke Beveridge, who has claimed the other 3.

Of slight concern if you're a Melbourne fan is the lack of football the Dees have had recently. Come grand final day they'll have played just 1 game in 27 days. The Dees, of course, are trying to downplay the lack of game time but they'll no doubt be wary of the momentum the Dogs bring into the game. They only have to look to 2016 to see what it can do.

One man to watch will be Max Gawn, who was sensational across the ground in Melbourne's preliminary final triumph over Geelong. He kicked 5 goals to go with 33 hitouts, 19 disposals and 6 tackles in one of the best performances of the year.

Both teams have stars across every line and we, like everyone, are hoping we see a grand final for the ages. And as much as we'd love a Melbourne victory, we think the Doggies might just spoil the party with a 19-point win.

You can see a comparison of Kayo vs Foxtel here. You can also take a look back at the season via the full 2021 AFL draw.