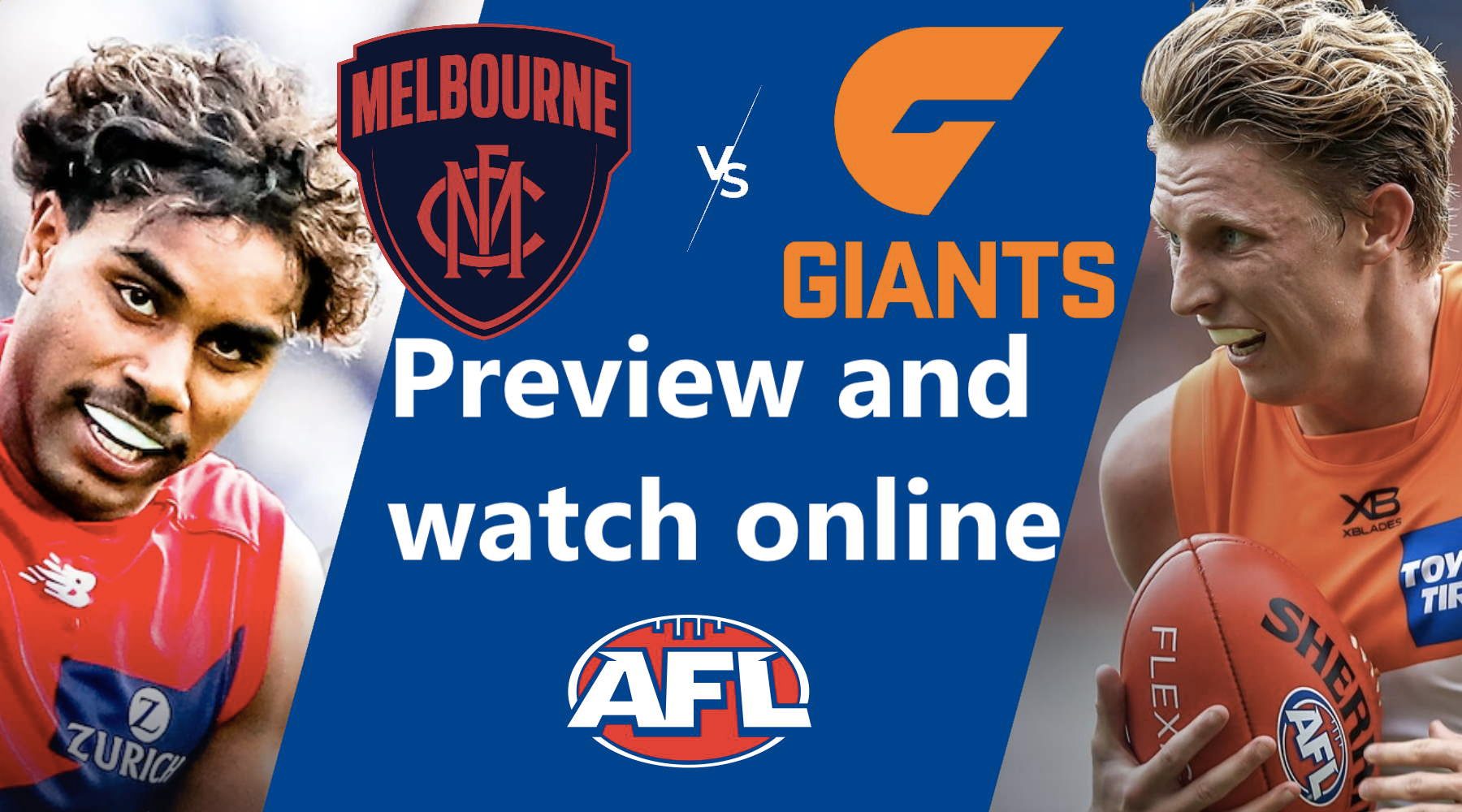 GWS get another chance to improve their horror MCG record but must beat ladder leaders Melbourne to do so.

SUMMARY: Demons vs Giants is on Channel 7 in NSW and the ACT. Everywhere else in the country you need access to Fox Footy. Unless you're already a Foxtel customer, your best option is to watch live on Kayo Sports. You can watch for free using this 14-day trial.

The Dees have dropped just 2 games for the year – a shock loss to Adelaide (15th on the ladder) in round 10 and against Collingwood (16th). The latter was Nathan Buckley's emotional farewell match at the SGC. They are 7-0 at the MCG this season.

The Giants return to the G for back-to-back games during the home and away season for the first time in their history due to the pandemic. It comes a week after being humbled by the Hawks to extend their dreadful record at the ground to 5-17 from 22 games.

When is Melbourne vs GWS?

The opening bounce is at 1:45pm AEST at the Melbourne Cricket Ground on Saturday 3 July.

How to watch Melbourne vs GWS Giants live

Channel 7 and Foxtel share the rights to AFL matches in Australia and the broadcasts vary from state to state. As mentioned above this game is on free-to-air TV in NSW and the ACT. Anywhere else in the country you need access to either Foxtel iQ, Foxtel Now or Kayo Sports.

We have a full guide to watching the AFL season here. Kayo Sports is our pick of the bunch, as it allows you to get Fox Sports without committing to Foxtel, among a number of plus points.

You can watch Melbourne vs GWS for zero cost using Kayo's 14-day free trial for new users. After the trial period, a Basic subscription is $25 a month to watch on 2 screens or $35 a month for a third screen. You can check it all out in our Kayo Sports review.

In total Kayo broadcasts more than 50 sports. This weekend you can also check out NRL, the NBA playoffs or action on the ice in the Stanley Cup finals, among many others. 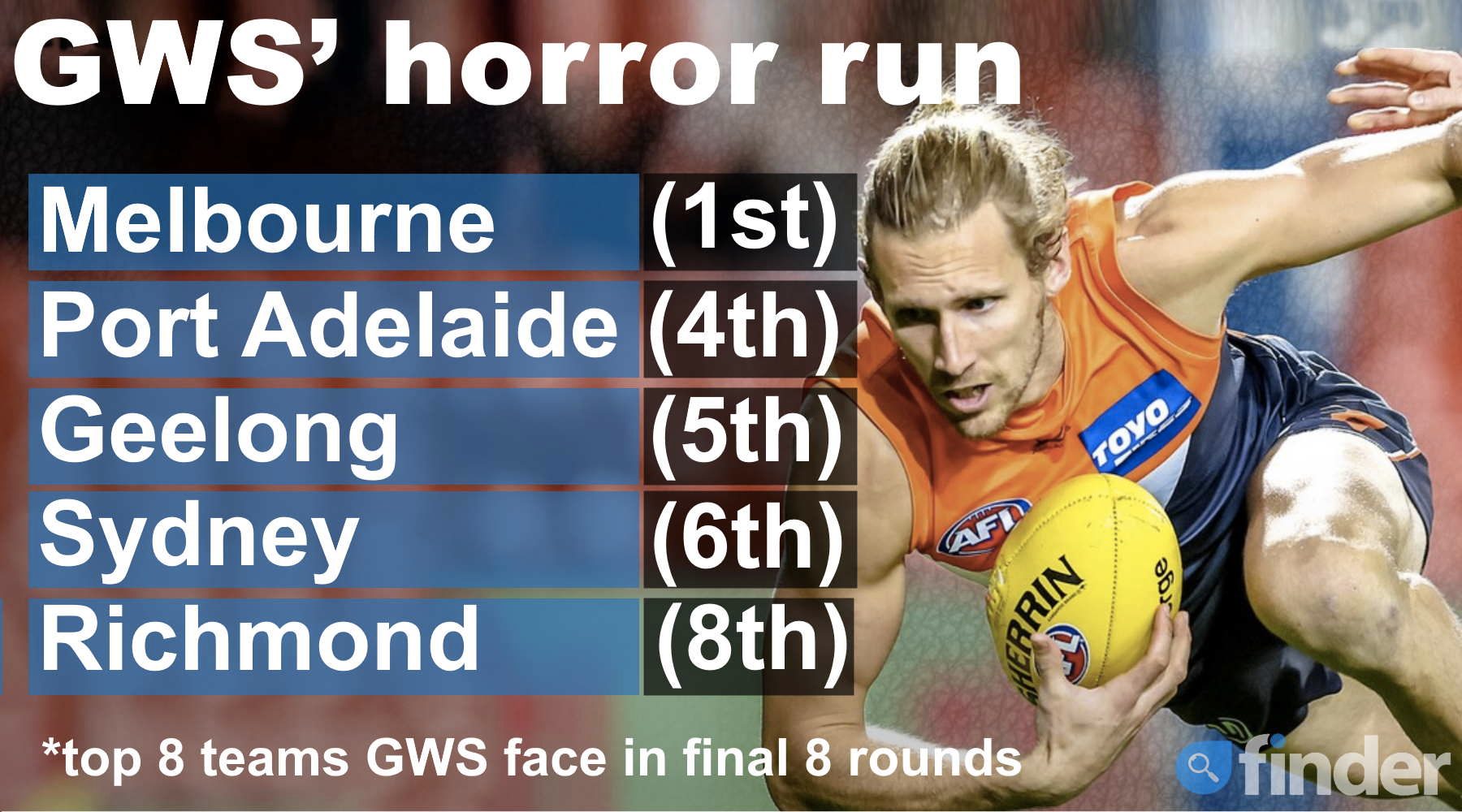 The time is now for Leon Cameron's GWS if they are to make the finals in 2021. Last week's loss to 17th-placed Hawthorn has just about consigned the Giants to finals onlookers, even though they only sit half a game outside the 8 with 8 games remaining.

That's because those 8 games include clashes with current finals-placed sides Melbourne, Sydney, Port Adelaide, Geelong and Richmond. That's a horror run for a team that has only managed 6 wins from 14 starts this season.

Simon Goodwin's Demons will want to keep winning, knowing a top-2 finish is vital in this COVID-19-challenged season.

Melbourne have been the surprise team of season 2021. The Demons sit a game clear on top of the AFL ladder and have wowed fans and foes alike with a brand of fast, hard football that has held up against the best sides in the competition.

Like most, we're impressed with the Demons. Christian Petracca is a star and has a midfield supporting cast the envy of the AFL. Also like most, we know the Demons of the past have been flaky. A loss to the Giants wouldn't be dissimilar to their other 2 losses this year.

But they deserve our backing given the season they're putting together and so it's the Dees by 19 points for us.