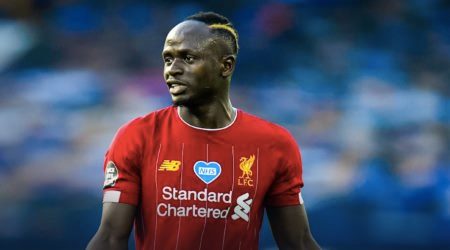 The Premier League has been decided but there will still be enormous interest in Liverpool vs Manchester City. Here's how to watch.

On Friday 26 June (AEST), it was confirmed that Liverpool had finally won the English Premier League and broken a 30-year drought for another top-flight league championship. They didn't have to kick a ball to do it, with Manchester City's 2-1 defeat to Chelsea sealing the deal.

Now the champions-elect take their unassailable 23-point lead into the home of the team they vanquished for EPL supremacy: Manchester City. It could have been the title decider, instead City will form a guard of honour for the Reds as they take to the field.

The title is no longer on the line, but Jurgen Klopp and his men are still chasing history, including a record points tally. How will they perform after a week of celebrating a title three decades in the making?

When is Manchester City vs Liverpool?

This showdown of EPL heavyweights kicks off at 5:15am AEST on Friday 3 July at Etihad Stadium in Manchester.

How to watch EPL Manchester City vs Liverpool

In Australia the English Premier League is live and exclusive to Optus Sport. Formerly available only if you were an Optus customer, it is now open to anyone to sign up and access some football.

If you aren't keen on getting up quite so early for Man City vs Liverpool, you could wait a few hours and catch the replay on Liverpool TV. That channel is available through both Foxtel or Kayo Sports.

If you are already an Optus customer, you may already have access to its football offerings and should contact the telco directly. If not, you can sign up for $14.99 per month.

It has live and on-demand streams of every match throughout the season. It also offers mini matches, press conferences, talk shows and more.

Optus Sport is compatible with a range of devices. PCs, Macs, iOS and Android devices or via your TV with Apple TV, Chromecast, Fetch, XboxOne or Amazon Fire are all options. You can check out our full guide to the EPL here, including Optus bundles, data use and more.

At the time of writing Kayo and Foxtel have currently listed the replay of Man City vs Liverpool to be shown on LFC TV at 9pm (AEST), courtesy of beIN SPORTS.

Unlike Optus Sport, both of these services come with a respective 14-day free trial and 10-day free trial. Although neither have live Premier League games you can still get your EPL hit via LFC TV, Arsenal TV and Chelsea TV.

Of course Optus Sport will also have the replay of Man City vs Liverpool available on-demand immediately after the match.

Who will win EPL Manchester City vs Liverpool?

This is a tricky game to call. The Reds may still have sore heads from their victory celebrations, but they will also want to underline just why they are champions. Manchester City don't have a lot to play for outside sealing another top-two finish, but they will want to exact a little revenge and perhaps suggest next season things won't go Liverpool's way. We'll take the easy route here and opt for a 1-1 draw at Etihad Stadium.

Postponed Saturday, rescheduled for Sunday. The revised NRL round 20 draw has also meant changes to the TV broadcast.

NRL heavyweights Melbourne Storm and Penrith Panthers battle for top spot in round 20.

Can Ricky Stuart’s Canberra Raiders make it 4 wins in a row by beating the Newcastle Knights in round 20?

Australia’s Olympics team could be set for a huge medal haul at Tokyo 2020.