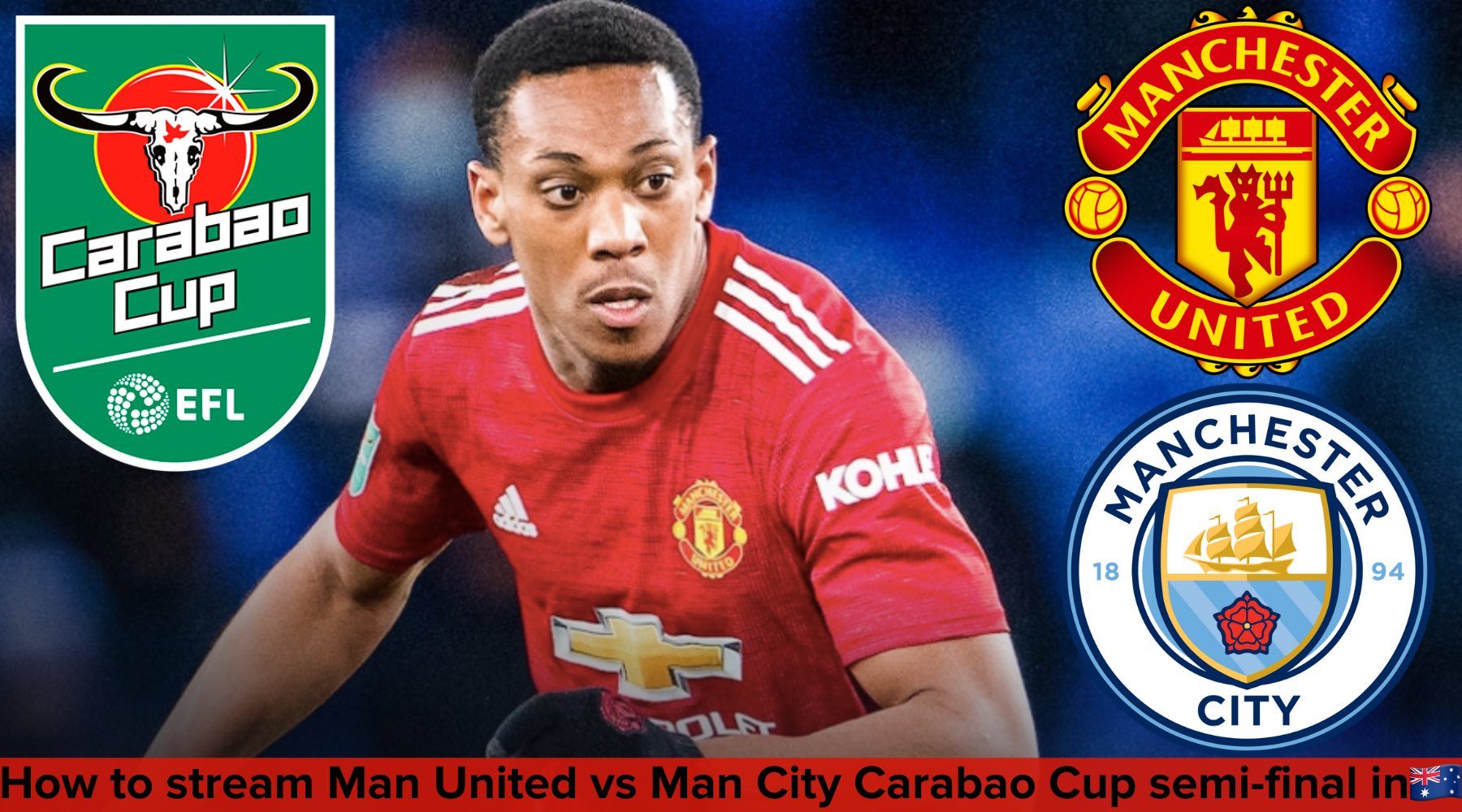 Manchester United would love nothing more than to snap Manchester City's run of Carabao Cup dominance. City have won 3 straight cups and another this year would equal the record streak of 4 set by the great Liverpool team of 1981–84.

United progressed to the semi-finals by beating Luton Town, Brighton & Hove Albion and Everton. City, meanwhile, had a slightly tougher draw and accounted for Bournemouth, Burnley and Arsenal. United have the benefit of five days' preparation compared to City's three and have been tipped to field a full-strength side for the big derby.

When is Man United vs Man City Carabao Cup semi-final?

Kick-off at Old Trafford is at 6:45am AEDT on Thursday 7 January.

How to watch Man United vs Man City in Australia

The host broadcaster of this huge showdown in Australia is beIN SPORTS. That gives you a number of ways to access the game, including Foxtel, Foxtel Now, beIN SPORTS CONNECT, Kayo Sports and Fetch TV.

The game will also be on demand on Kayo, beIN and Foxtel Now if you miss it. You can see a full breakdown in our Carabao Cup broadcast guide.

Kayo Sports boasts access to more than 50 sports, including a range of world-class football. You can test it all out for no charge with Kayo's 14-day free trial if you're a new customer.

After the trial period, Kayo costs $25 a month to watch on 2 devices or $35 a month for 3 simultaneous streams. You can see a full breakdown in our Kayo Sports review.

Kayo is compatible with Apple TV, Chromecast, Android TV, Telstra TV or Samsung TVs (2017 models and onwards). You can also stream it on your Mac or PC and Android or iOS devices. It also has a range of special features you won't find anywhere else.

Bookmakers and recent cup history favour City and they do boast the bigger names on paper. But we are leaning towards a United upset here. It probably shouldn't be seen as an upset given United are second in the Premier League.

United are equal on points with leaders Liverpool, who slumped to a shock loss to Southampton this week. City are sitting fifth, four points back from United but with a game in hand.

Not sure which service is best for you? Check out our Kayo vs Foxtel guide. You can also see our sports streaming hub for more competitions to watch such as the new season of the A-League.