No team has a better festive season record in the Premier League than Manchester United. Can its winning ways continue against Burnley?

SUMMARY: Man United vs Burnley is only on Optus Sport in Australia. Optus mobile and Internet customers are eligible for a free account. Otherwise, there's no free trial and you'll have to sign up to Optus Sport for $14.99 per month.

Manchester United loves Christmas. No team has won more Premier League games than the Red Devils during the festive season since the beginning of the revamped league back in 1992/93 (more on that below).

United begins a 3-game bank at home when it faces Burnley to end the calendar year, hoping to push up the table under caretaker manager Ralf Rangnick.

United's opponents are again in relegation trouble after just missing the drop last season. Burnley has not played a competitive match since 13 December, its last 3 fixtures cancelled as the Omicron variant of the coronavirus cuts a swathe through England.

When is Man United vs Burnley?

This match kicks off at 7:15am AEDT on Friday 31 December and is being played at Manchester United's famous Old Trafford stadium.

How to watch Man United vs Burnley live

All matches of the Premier League are broadcast live and only via Optus Sport in Australia. You can check out our full Premier League viewing guide for all the details you need.

The platform also comes with a range of mini highlight packages, ranging from 3 minutes through to a full 90-minute replay. We have a full review of Optus Sport for you.

Who will win Man United vs Burnley? 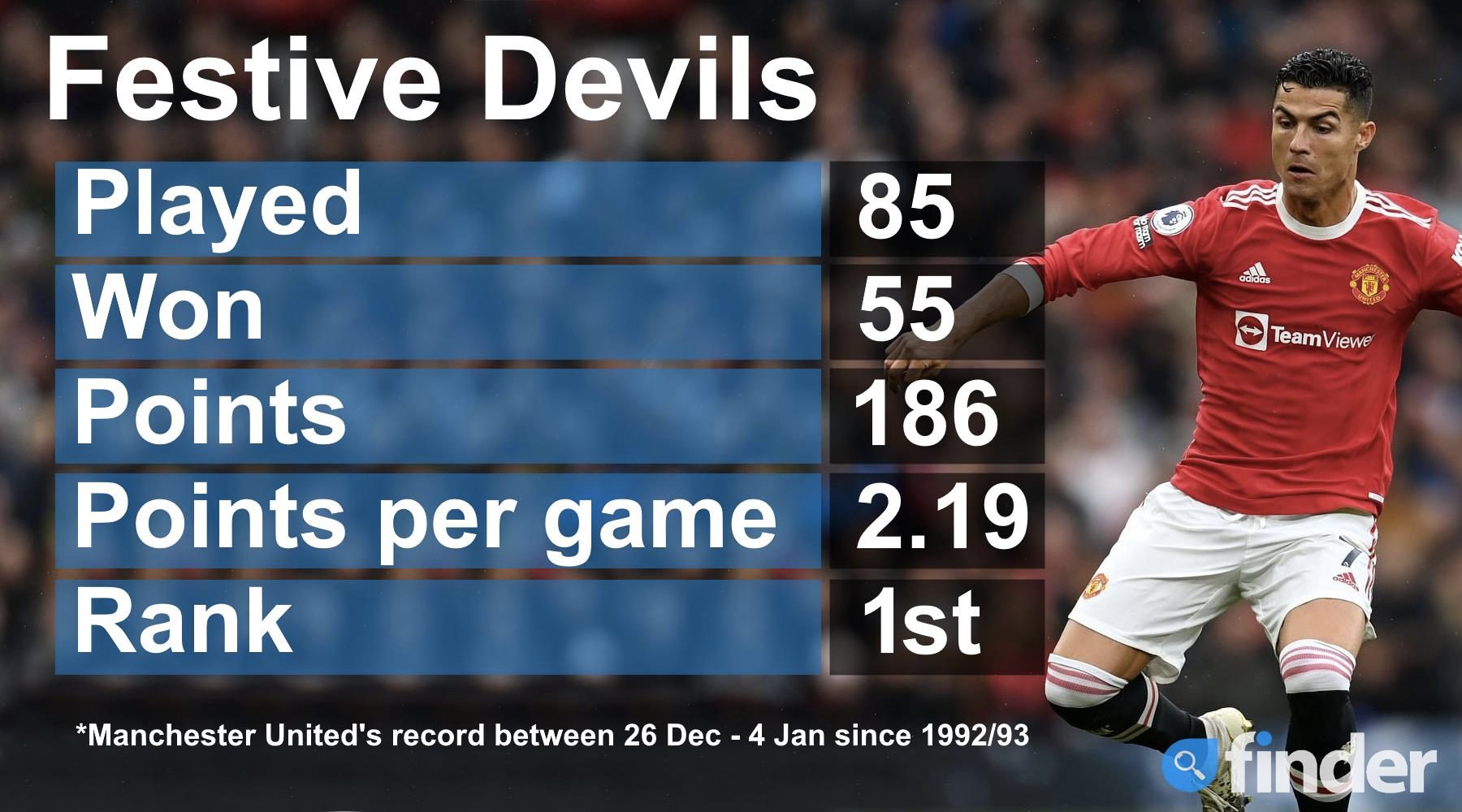 The first game between these teams was back in 1892 when Newton Heath (Manchester United) drew with Burnley 1-1 at the North Road Stadium, which is just over 5 miles from where Old Trafford sits today.

United, of course, has gone on to become a powerhouse of world football and has the better of meetings between these teams since 1892. The record stands 64 wins to 45 in United's favour, with 23 draws.

As mentioned earlier, no team has enjoyed Premier League football between December 26 and January 4 across the years more than Manchester United. With 55 wins and 186 premiership points from 85 matches, it must feel like Christmas every day for United fans.

Manager Sean Dyche has to find something quickly to get his Burnley team going, otherwise it'll be goodbye to the top flight after 6 seasons. The Clarets have not tasted victory since a 3-1 win over Brentford at the end of October and failed to win a point against United in last season's 2 meetings.

Like Burnley, United has not had much football since Rangnick arrived. But there is a positive for the club in this case, giving the new gaffer a chance to work with his squad on the training track.

It's hard to get a gauge on either team's form given their lack of football, so we'll blindly choose United on the back of at least having played on Boxing Day. United 2–0 it is.