Man City vs Tottenham Carabao Cup final: Start time and how to watch 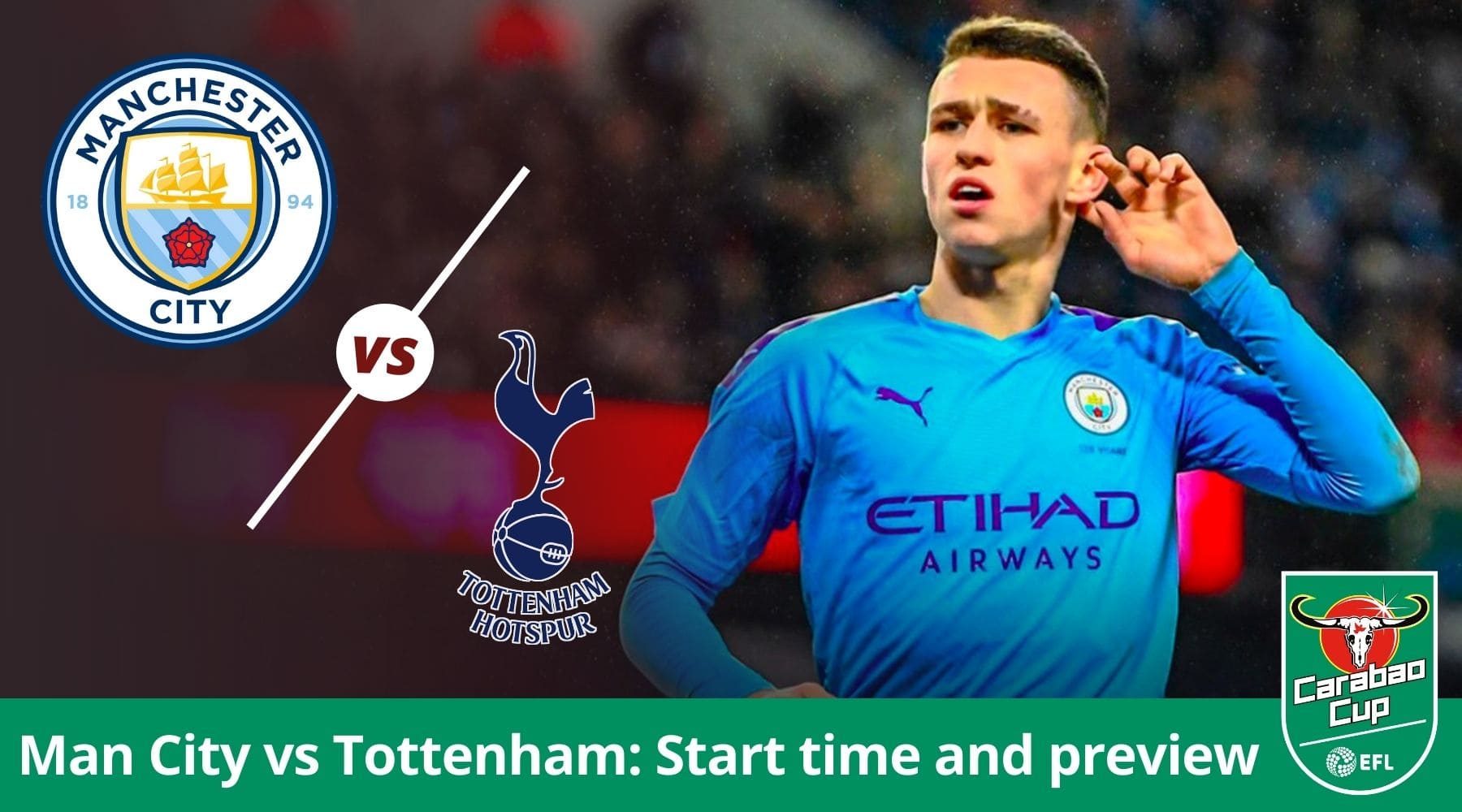 Will Man City or Tottenham win over fans by claiming the Carabao Cup final?

There were calls for the Carabao Cup to be voided this week following news of plans for a breakaway European Super League, which involved both Man City and Spurs. Thankfully sanity has prevailed and Man City vs Tottenham will go on.

The ambitious project has been abandoned following a massive backlash from fans, politicians and UEFA. It actually seems logical that it places more importance on the Carabao Cup final. Both Man City and Tottenham would love to get some fans back onside with some silverware.

The final kicks off at 1am AEST on Monday 26 April at Wembley Stadium, London.

How to watch the Man City vs Tottenham Carabao Cup final

In Australia the Carabao Cup competition is broadcast by beIN SPORTS. That gives you a large choice of providers to pick from including beIN SPORTS CONNECT, Kayo Sports, Foxtel Now, Fetch TV and Foxtel iQ.

You can find a full breakdown of how each option works in our Carabao Cup guide.

If you're new to Kayo you can take advantage of its 14-day free trial. Given that this is the final of the Carabao Cup you may be thinking of using up the trial and cancelling.

That's entirely fine to do so, but we do suggest getting to know the full list of sports on Kayo and all of its unique features before pulling the pin. Kayo has every Fox Sports channel along with ESPN and beIN SPORTS channels.

It will set you back $25 or $35 a month. The platform is compatible with Android, iOS, Apple TV, Telstra TV, Android TV and Samsung TV (2017 or later), Sony Bravia TVs, Mac and PC or Chromecast.

If you're more inclined to only watch football then you may be better suited to beIN SPORTS CONNECT. It's the broadcaster's own international streaming service.

Once more there's a 14-day free trial available to you.

It doesn't have all the bells and whistles like Kayo, but it does give you a whole lot of football. Leagues included are La Liga, Bundesliga, Ligue 1 and Serie A. There's also some WTA and ATP tennis, so it isn't all football.

Who will win Man City vs Tottenham Carabao Cup final? Manchester City's hopes of securing a historic quadruple – the Premier League, Champions League, FA Cup and Carabao Cup – are over. Their FA Cup semi-final defeat to Chelsea crushed that dream.

However, a treble would still be a mighty achievement. Pep Guardiola's side has virtually wrapped up the Premier League and made the Champions League semi-finals. A win in the Carabao Cup would edge City closer to their reset goal.

It would take a brave person to tip against them making it four in a row. They are coming off a 2-1 midweek victory over Aston Villa in the Premier League.

It's no coincidence that on the same day news emerged of the proposed rebel competition, Tottenham sacked manager Jose Mourinho. His lucrative contract was meant to end in the northern summer of 2023.

Ryan Mason takes over as interim manager. It's poor timing considering the players will be chasing their first major trophy since 2008 on Monday.

The bad news for Spurs fans is that superstar striker Harry Kane is in doubt for the final. The England captain hurt his ankle during Tottenham's 2-2 draw at Everton last week and has been undergoing treatment this week.

Kane did not play in his side's 2-1 victory over Southampton on Thursday morning (AEST). He has scored 31 goals and had 16 assists across all competitions this season so his loss would be a bitter blow for Spurs.

With Kane racing the clock to be fit and interim coach Mason being thrown in the deep end, we're predicting Man City to win 3-1.

Not sure which service is best for you? Check out our Kayo vs Foxtel guide. Considering a new streaming device? See all the news from the Apple showcase event including new Apple TV.