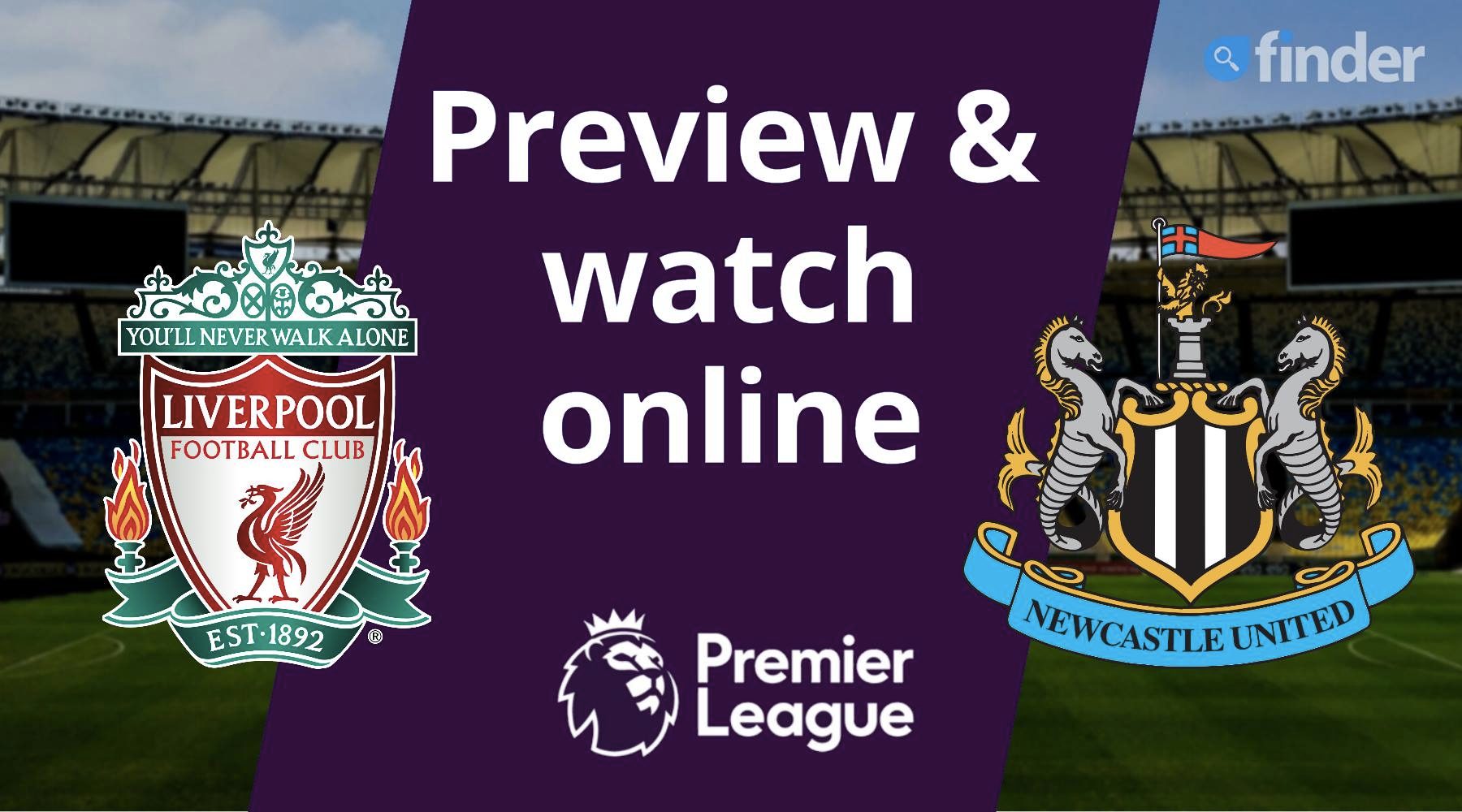 Newcastle will be searching for a way to stop the Liverpool juggernaut when the 2 sides clash this week.

SUMMARY: Liverpool vs Newcastle is only on Optus Sport in Australia. Optus mobile and Internet customers are eligible for a free account. Otherwise, there's no free trial and you'll have to sign up to Optus Sport for $14.99 per month.

The coronavirus pandemic is causing problems in the UK once more and with professional sport. At the time of writing, these teams have not been impacted and this clash of old rivals is scheduled to go ahead as planned.

Liverpool come into this fixture having won 5 straight Premier League matches, the most recent a 1-0 triumph over a resurgent Aston Villa. Mohamed Salah broke the deadlock by converting a penalty in the 67th minute.

Newcastle entered last week's game on a high, having produced their only win of the season against Burnley. But that joy was short lived as they got crunched 4-0 by Leicester City.

When is Liverpool vs Newcastle?

This match kicks off at 7am AEDT on Friday 17 December at the famous Anfield, home of Liverpool Football Club.

How to watch Liverpool vs Newcastle live

You can also save 22% with an annual subscription to Optus Sport The platform also comes with a range of mini highlight packages, ranging from 3 minutes through to a full 90-minute replay. We have a full review of Optus Sport for you.

What impact is Covid-19 having on the Premier League?

As the Omicron variant sweeps across the UK, new measures have been implemented by Premier League officials. Firstly all players and club staff must get tested every day and before games.

In a 1-week period up until last Monday, there had been 42 positive cases recorded, the highest figure since Covid testing began during the 2019-20 season.

Brighton vs Tottenham and Brentford vs Manchester United have been postponed this week. A number of other clubs requested their games be delayed but they were rejected at the time of writing. Neither Liverpool or Newcastle have any confirmed cases.

Jurgen Klopp's Reds are the top-scoring team in the league to date, with 45 goals compared to Man City's 40, having played a game less. Salah leads the way with 14 goals and, incredibly, Liverpool also have 2 other players in the top 4 marksmen, Diogo Jota (8 goals) and Sadio Mane (7).

It would come as no surprise that struggling Newcastle have had their troubles in front of goal. They have just 17 goals from 16 matches. It could be worse if not for Callum Wilson, whose 6 goals put him in the Premier League's top 10.

Who will win Liverpool vs Newcastle? 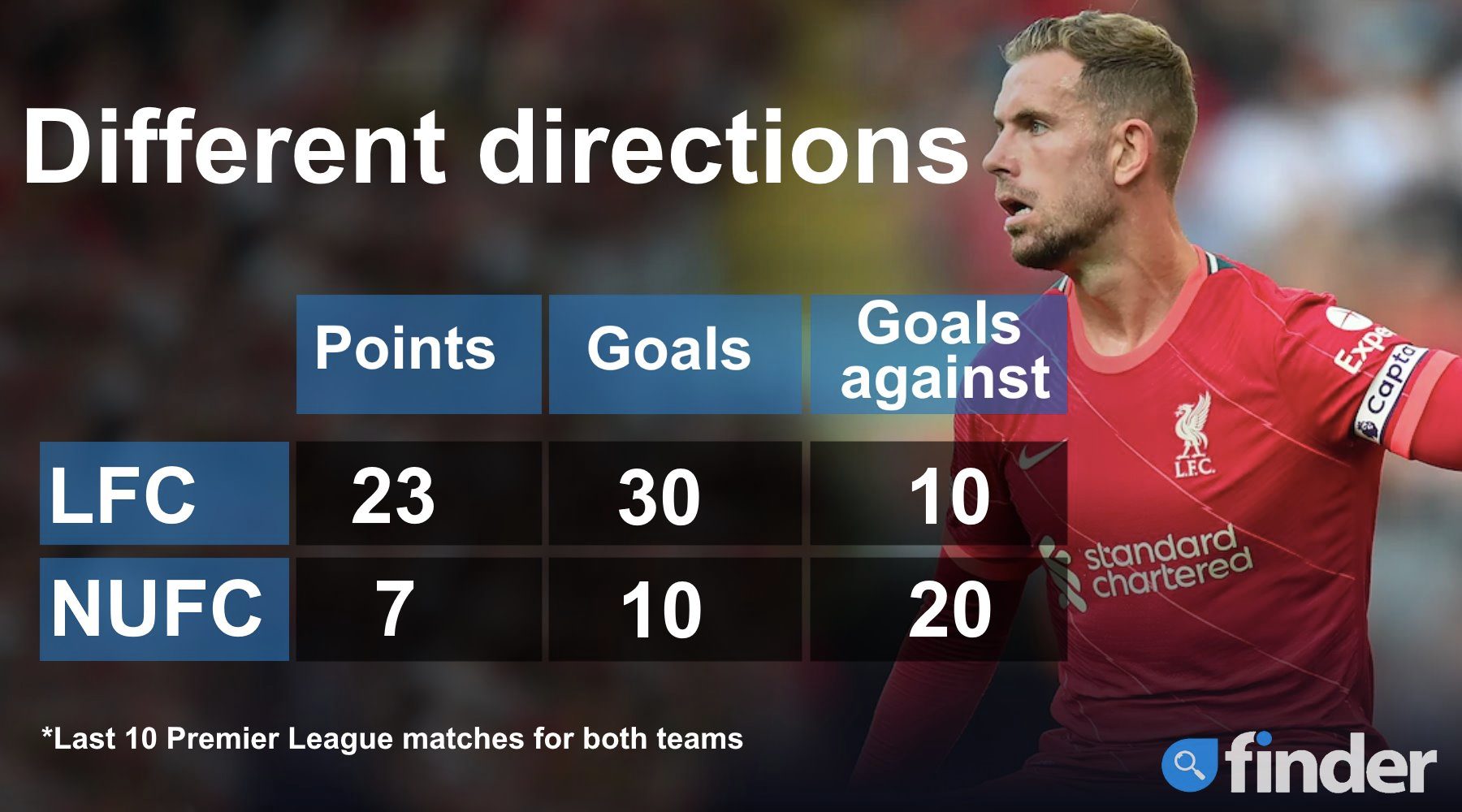 When we look at this game the stats are pretty damning. In the last 10 Premier League fixtures, Liverpool have 7 wins to Newcastle's just 1. Collectively it is 23 points to 7, 30 goals to 10 and Liverpool have conceded just 8 times compared to 20 for Newcastle.

The top 3 of Manchester City, Liverpool and Chelsea have broken at least 7 points and significant goal difference clear of fourth in what appears certain to be the Premier League title race.

Liverpool are unbeaten in 20 matches at Anfield and haven't conceded a goal in 511 minutes of football at home.

Newcastle have just 3 points from a possible 24 in away fixtures this season, the worst record in the league. They have also scored just 5 times on the road and haven't beaten Liverpool in a Premier League fixture at Anfield since 1993.