How to watch Australia vs New Zealand ODI series 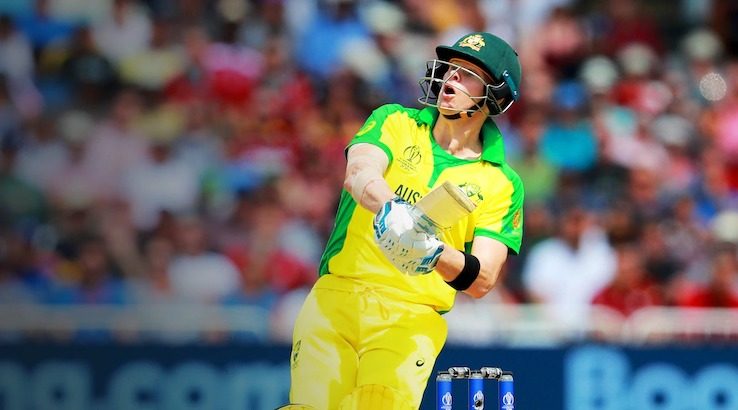 SUMMARY: The Australia vs New Zealand ODI series is exclusive to Fox Cricket. Meaning you best way to watch live is through Kayo Sports. You can watch the entire series for free using this 14-day trial. This gets you access to all its unique features and 50 additional live sports.

The home side will attempt to turn around poor one-day form in the Australia vs New Zealand ODI series. Can they bounce back?

BREAKING: The Australia vs New Zealand ODI series has been cancelled due to coronavirus.

The three-match Australia vs New Zealand ODI series will be played behind closed doors due to the coronavirus, Cricket Australia announced, but it will still go ahead and will still be broadcast.

The series is a chance for the home side to find some form in the 50-over format of the game. It is almost 12 months since the Aussies won a one-day series, beating India and then Pakistan in consecutive match-ups back in March 2019.

Since then the Australians lost a World Cup semi-final to England and finished second best in back-to-back series away to India (2-1 loss) and South Africa (3-0).

Now back on home soil, Aaron Finch's side has a chance to get back on track with a three-match showdown with the Black Caps.

When is the Australia vs New Zealand ODI series?

The first two matches in the series are in Sydney with the game three in Hobart.

A three-match T20I series between these two teams will then be completed before the end of March, this time over in New Zealand.

How to watch the Australia vs New Zealand ODI cricket series

This one-day series is not available on free-to-air television. Your options to check out all the action in Australia are Kayo Sports, Foxtel iQ and Foxtel Now. Full details are below. We have also put together a comprehensive guide on how to stream live cricket for you.

Cricket is just one of more than 50 sports available on dedicated streaming site Kayo Sports. If you haven't tried it yet, Kayo has a 14-day free trial.

After that, the Basic subscription costs $25/month and lets you stream to 2 devices. There is also a Premium option for $35/month that gives you a third device. Subscriptions can be cancelled at any time.

Kayo also has a range of special features. SplitView lets you watch four sports at once. Interactive Stats, Key Moments and No Spoilers are also among the options.

It is accessible via Android and iOS devices, Chromecast, Apple TV, Android TV, Telstra TV or Samsung TV (2017 models or later). You can also watch via the website on PC, laptop or Mac. For more information see our full Kayo Sports review.

One of the biggest selling points for Foxtel iQ is it's the only Australian broadcaster that has 4K coverage available. For Foxtel iQ you need the Sports HD pack for $25/month plus Foxtel Plus for an additional $49/month. At $74/month it is significantly more expensive than Kayo.

Foxtel has its own streaming service, Foxtel Now. For sports content, you need the Essentials pack for $25/month, with Fox Cricket a further $29/month on top via the Sport pack.

There is a 10-day free trial for new users. We have also put together a full guide which includes the list of compatible devices.

Fresh off a dominant home summer, the Australian side has quickly found itself back under pressure following those consecutive ODI series defeats to India and South Africa.

New Zealand were comprehensively beaten by Australia in a three-Test series over Christmas. But they will be buoyed by their three-match ODI sweep and then two-Test triumph over India, both on home soil.

The Kiwis will be determined to prove they can perform in Australia, but we think the hosts will be too strong again, 2-1 to the Aussies.