Leicester City and Arsenal kick off a huge round of Premier League action.

This weekend's Premier League action starts with a bang when 9th-placed Leicester City host 10th-placed Arsenal. Both teams are locked on 14 points after 9 matches, each finding form after slow starts to the Premier League season.

A win for either team could prove important when European places are decided at the end of the season.

What time is Leicester vs Arsenal in Australia?

This match begins at a great time for Australian viewers with kick-off at 10:30pm AEDT on Saturday 30 October. It is being played at Leicester City's King Power Stadium.

How to watch Leicester vs Arsenal live in Australia

All matches of the Premier League including the Foxes vs Gunners are broadcast live and only via Optus Sport. While there isn't a free trial available, you can get around it if you're an Optus mobile or broadband customer. Optus customers can get their hands on the service for free

Stream Leicester vs Arsenal on Optus Sport: Sign up for $14.99 a month

You can check out our full Premier League viewing guide for all the details you need.

If you don't already have an Optus plan, you can still access all the thrills and spills of the world's most-watched football league. A monthly pass costs $14.99 and gets you access to all the latest league news, results, fixtures, highlights, press conferences and statistics via the Optus Sport website or mobile app.

You can also save 22% with an annual subscription to Optus Sport. The platform comes with a range of mini highlights packages, ranging from 3 minutes through to a full 90-minute replay. We have a full Optus Sport guide for you. 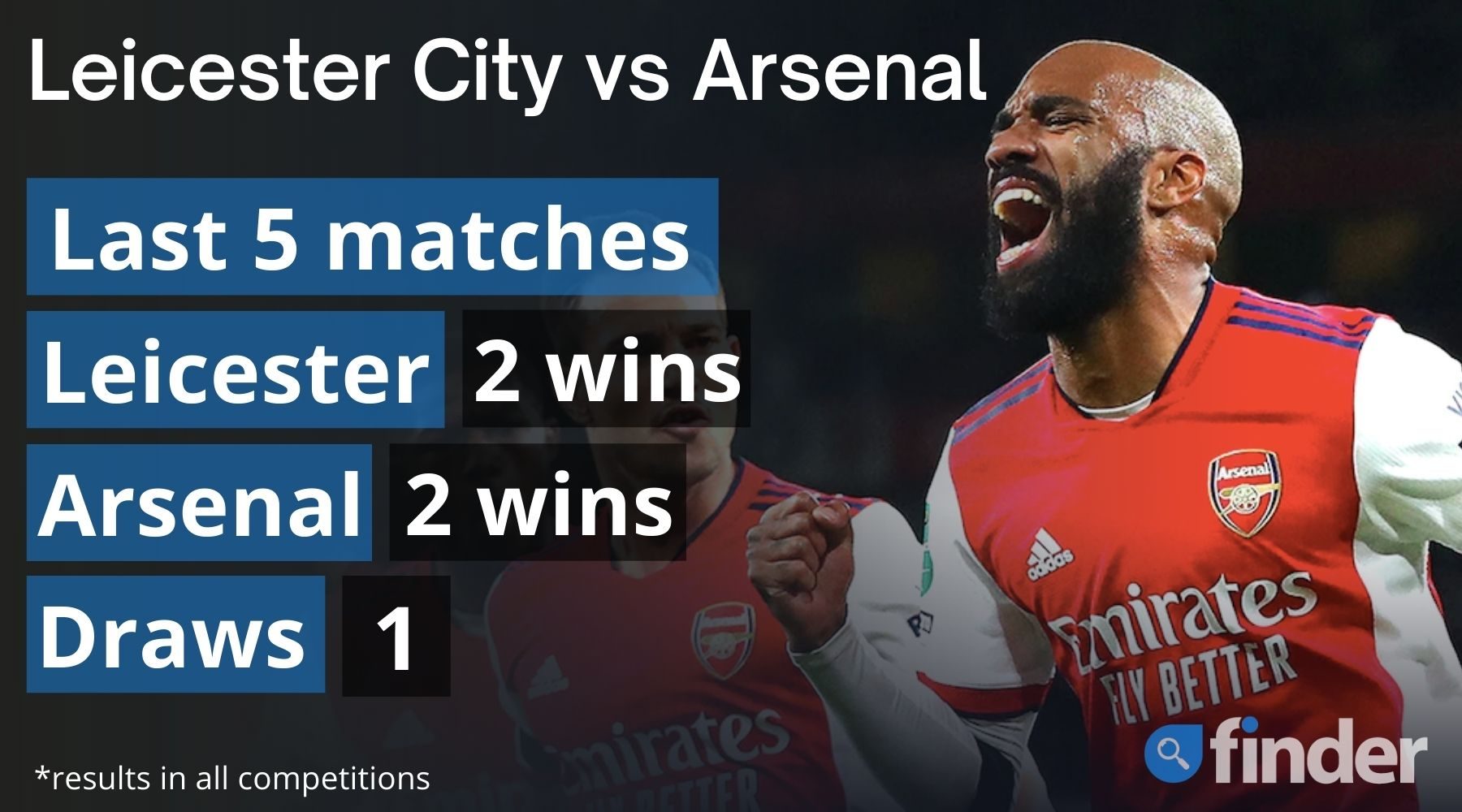 The Foxes have won their last 4 games in all competitions, including Premier League wins against Manchester United and Brentford. Life under Mikel Arteta is starting to look promising for Arsenal, with the Gunners unbeaten in their last 8 games.

Both teams enter the game confident having each won midweek Carabao Cup fixtures to continue respective runs of good form.

Arsenal lost just once in 24 matches against Leicester City between 1995 and 2017, 22 of which were Premier League games which Arsenal either won or drew. The single loss came in a January 2000 FA Cup fourth round replay which the Foxes won 6-5 on penalties.

Things have tightened up since then, with the Foxes winning 4 of the last 7 Premier League meetings while in the last 5 matches across all competitions, both teams have won twice and shared a draw.

If history is anything to go by, a winner will be found. Only 5 of 21 meetings between these teams this century have been draws. We'll back the home team in a game that's almost too hard to split.