Both Leicester and Southampton go into their FA Cup semi-final on the back of Premier League losses. Who will bounce back?

SUMMARY: Leicester City vs Southampton is exclusive to ESPN. If you subscribe to Foxtel or Fetch, you're all set. If not, your best option is to watch on Kayo Sports. Watch for no cost using this 14-day free trial.

Leicester City vs Southampton comes with some welcome news. Fans will be returning to Wembley for this FA Cup semi-final, with 4,000 local residents allowed to attend. The match is being staged as a test event for the return of crowds once coronavirus lockdown restrictions are eased.

The Foxes will welcome back James Maddison, Hamza Choudhury and Ayoze Pérez. The trio were stood down for their team's Premier League loss to West Ham last Sunday after they breached COVID-19 protocols. Leicester defender and Turkish international Çağlar Söyüncü will be available after recovering from coronavirus.

Possibly with one eye on their FA Cup semi-final, Southampton went down 3-0 to lowly West Brom last weekend in a shock result. The Saints have won their last two FA Cup clashes against Leicester, but they were way back in 2006 and 2008. They last reached the FA Cup final in 2003 when they lost 1-0 to Arsenal.

Kick-off at Wembley Stadium is at 3:30am AEST on Monday 19 April.

How to watch Leicester vs Southampton semi-final live

The FA Cup is exclusive to ESPN in Australia. That gives you a range of options for catching this match, including Kayo Sports, Foxtel Now, Foxtel iQ and Fetch TV. You can see a breakdown of all the details in our guide to watching the FA Cup.

Football is just 1 of more than 50 sports available on Kayo Sports. AFL, NRL, NBA and UFC are also among the many options, all in HD. We have put together a full review of the service for you.

Newcomers to Kayo can take advantage of its 14-day free trial. After that, subscriptions are $25 per month for the Basic option, where you can watch games on two screens or devices. The Premium option is $10 more per month and gives you three screens. 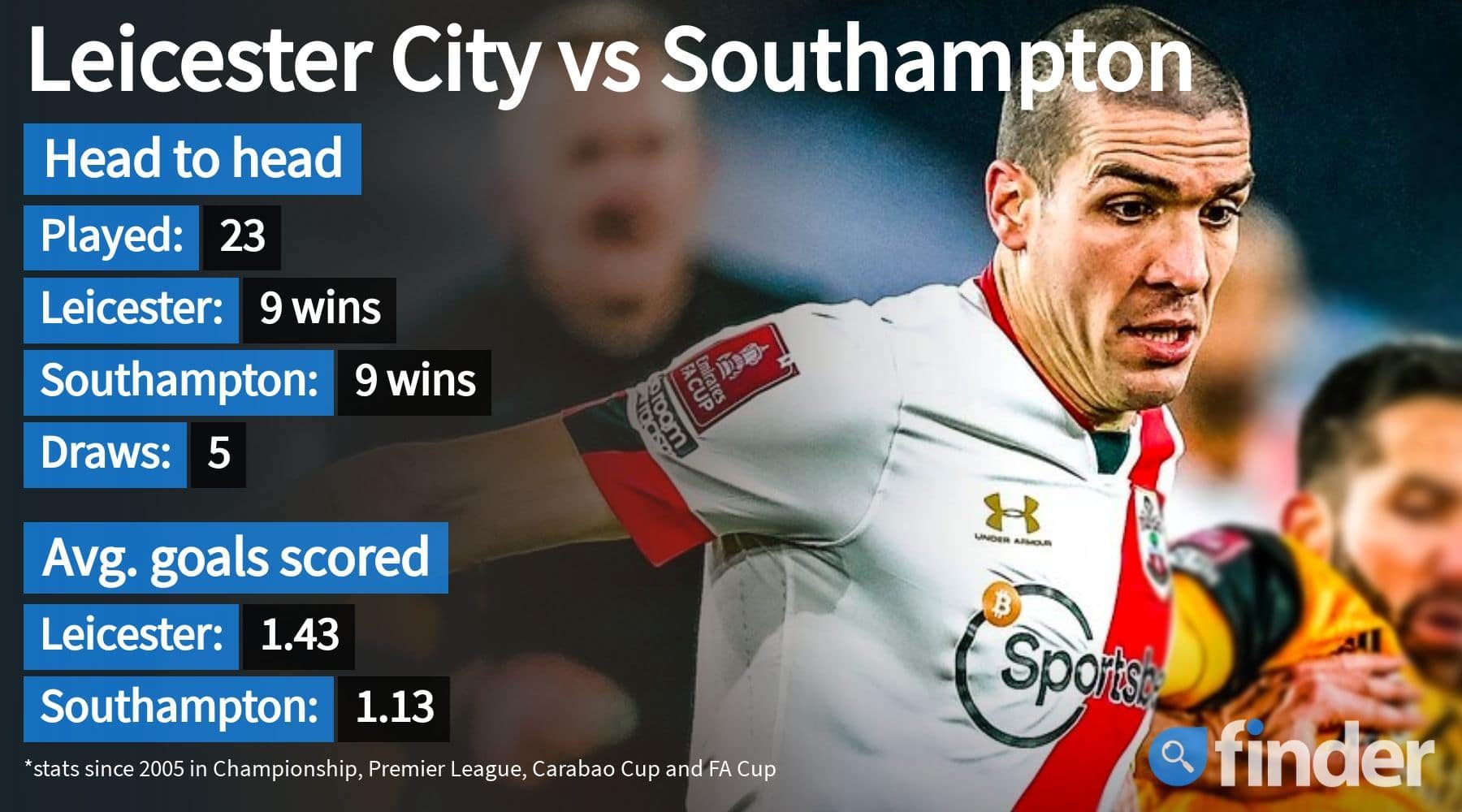 Judging by previous results between these sides, this should be a tight affair. Of their 23 head-to-head games since 2005 in all competitions, the ledger stands at 9-9 with 5 draws.

The Foxes got the better of Southampton 2-0 in the Premier League this season and will appear in their eighth FA Cup semi-final (4 wins, 3 losses). Saints fans will relish the fact Leicester have lost all three of their matches at the new Wembley Stadium.

Southampton have saved their best for the FA Cup but they have only won two Premier League matches this year. We think the Foxes will claim a 1-0 victory and book a return date to Wembley on 15 May for the final.