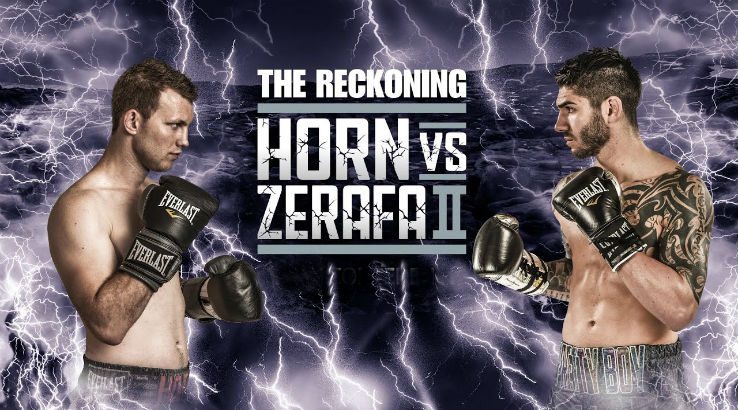 It's Horn vs Zerafa the rematch. Will Horn throw the towel again, or can he bounce back against Zerafa?

Michael Zerafa stunned the Australian boxing public with his ninth-round stoppage of former world champion Jeff Horn in Bendigo back in August.

It led to plenty of questions being raised over Horn's hunger and preparation. "The Hornet" had been tipped to beat Zerafa comfortably and move closer towards a shot at another world championship belt.

Instead the impressive victory vaulted Zerafa up the rankings and hugely improved his credibility. But if "Pretty Boy" is to set up his own shot at world title glory, he will need to beat Horn again, this time in Horn's home city of Brisbane.

Just as we stated in our recent preview of Anthony Joshua's crucial victory over Andy Ruiz Jr in their heavyweight world championship rematch, Horn needs this victory if he is any hope of once again ruling the middleweight division.

When is Jeff Horn vs Michael Zerafa 2?

The rematch is being held on Wednesday 18 December at the Brisbane Convention and Exhibition Centre. The undercard gets underway at 6pm local time (7pm AEDT), with Horn and Zerafa expected to touch gloves around 9:30pm AEDT.

How to watch the Horn vs Zerafa rematch in Australia

With the bout being held in front of Horn's adoring home crowd in Brisbane, tickets will be impossible to come by. The fight is live and exclusive on Main Event, so the only way to watch it at home is by ordering it through the pay-per-view operator.

Firstly, you need to be a Foxtel subscriber to order the Horn vs Zerafa rematch. If you are a subscriber, you can order it directly via the Main Event website, using the My Foxtel app, your Foxtel remote or over the phone. It costs $59.95 and the fight will be replayed at 1am and then every 6 hours from midday.

If you have Optus TV featuring Foxtel, you can also order the fight, but only over the phone. Anyone ordering through a phone agent will incur an additional $2 booking fee.

If you want to see an even bigger preview of the fight, Kayo Sports has a documentary called Fighting Words, which followed the build up of their first fight. Given how much trash talk has been in the lead up to the rematch, it seems even more relevant now. Watch it for free with a 14-day trial.

Which pubs are showing Horn vs Zerafa 2?

Your local watering hole may have access to Foxtel and Main Event. Though it's best to call in advance and confirm if they are putting on the Horn vs Zerafa rematch.

Who will win Horn vs Zerafa 2?

As is customary in boxing, there have been plenty of words spoken between these two fighters leading up to the rematch. The main issue has been over Horn's refusal to let Zerafa earn a decent payday by taking on Japan's Ryota Murata for the WBA middleweight title. That's the fight Horn was anticipating before his shock loss to Zerafa.

There is no doubt Horn's pride was wounded by that defeat and the subsequent criticism of his preparation. Zerafa, who at 27 is 4 years younger than Horn, will surely be just as hungry the second time around.

It's a tough fight to call. Which Horn turns up, the one that stunned Manny Pacquiao back in 2017 or the one that couldn't go the distance with Zerafa?

Despite his advancing years, Horn only has 22 career fights to his name, with 19 wins, 2 losses and a draw which came very early in his boxing journey. Zerafa can boast 27 wins and 3 defeats from his 30 fights to date.

The experts seem to believe Zerafa can overcome The Hornet a second time, but a points decision to the Queenslander wouldn't be a shock.