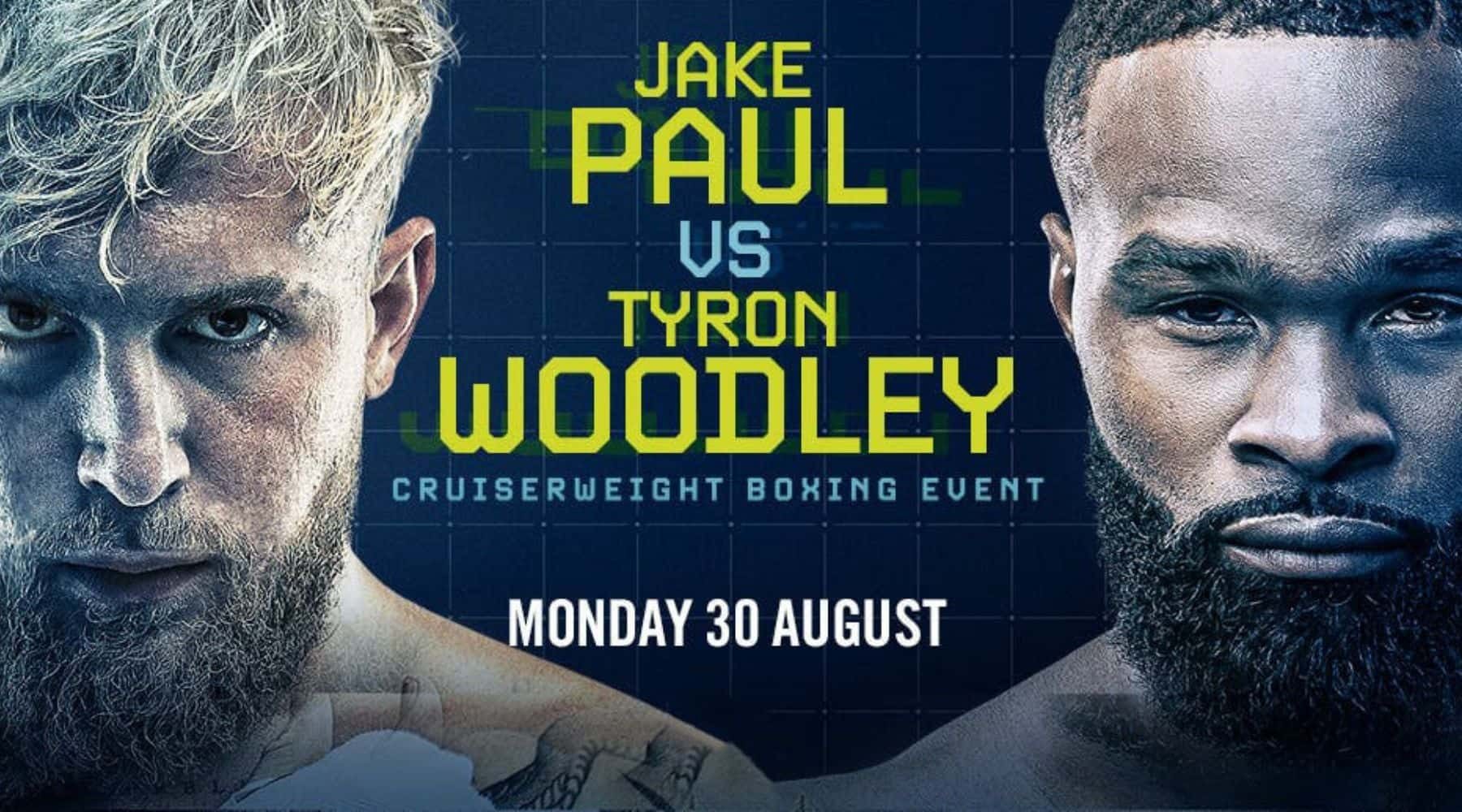 Things are getting ugly in the build-up to the fight between YouTuber Jake Paul and former UFC champion Tyron Woodley.

SUMMARY: You can live stream Jake Paul vs Tyron Woodley in HD on Main Event via Kayo Sports for $29.95. The fight is also available through FIFE.TV.

Things are certainly heating up between Jake Paul and opponent Tyron Woodley.

An ugly and somewhat scary scuffle broke out after the official press conference for the fight which was filled with the usual threats of knockout and damnation. Things then turned ugly after Woodley, leaving the press conference, clashed angrily with Paul's entourage after one of them allegedly said something to his mother, who clashed with a man sitting in the audience.

Woodley, the 39-year-old former UFC welterweight champion making his boxing debut against Paul, swore repeatedly and made threats against Paul's team for several minutes in a clash which appeared to be much more serious than the usual showmanship we've come to expect.

Things eventually settled down but Woodley was certainly upset with the disrespect he believes his mother was shown. The question now is, will Paul pay for his team's disrespect come fight time? Here's how to watch.

When does Jake Paul vs Tyron Woodley start Australian time?

The event all got underway at 10am AEST on Monday 30 August at the Rocket Mortgage FieldHouse, in Cleveland, Ohio, which is Paul's hometown. The stadium, home to the Cleveland Cavaliers, holds a capacity of 20,000. There are 6 fights on the undercard. Jake Paul vs Tyron Woodley is due to start around 1pm AEST. You can check out Australian time zones and streaming options in our guide.

How to watch Paul vs Woodley live in Australia

FITE.TV is the host broadcaster for this fight, while Main Event is also an option. You can access it directly through FITE.TV, via Foxtel or you can order it through Kayo Sports. Kayo will set you back $29.95 while choosing the FIFE.TV option will cost a tick over $30 on current exchange rates.

Using this link, you can sign up to watch the showdown on Kayo Sports. One of the perks of this option is it can be used by new, returning or current Kayo users. You don't necessarily have to be a subscriber.

Jake Paul ended his last fight in exciting fashion — will he do the same tonight? #PaulWoodley
(via @OmarESPN) pic.twitter.com/UkwYbAIjSz

How to watch Jake Paul vs Tyron Woodley on Main Event

The standard options for accessing Main Event are in play for this night of fights. Foxtel customers can order it directly on the Main Event website, by using the My Foxtel app, via your remote control or by phone. The fight costs $29.95.

Who will win Jake Paul vs Tyron Woodley? 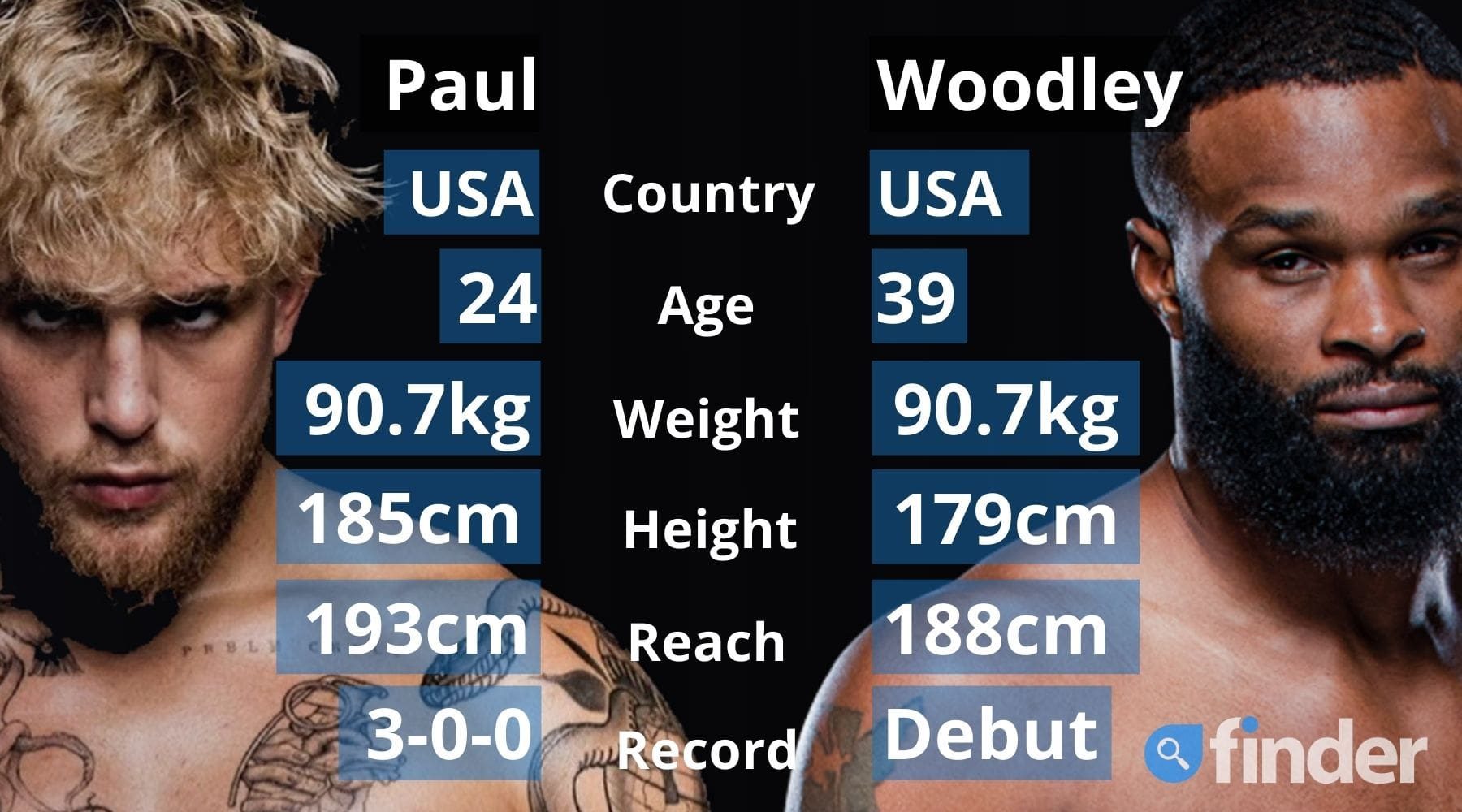 Paul holds a 3-0 career record so far and while he's not the next all-time great to enter the ring, he looks no slouch. Woodley is the second consecutive former UFC fighter Paul will face, after he knocked out former Woodley training partner Ben Askren in the first round of their bout in April.

Unlike Paul's previous opponents, Woodley has the capacity to throw knockout blows, something Paul will need to use his height and reach advantages to avoid.

This is Woodley's first professional fight but he enters the win with a proud combat record. Woodley retired from the Octagon earlier this year with a record of 19 wins, 7 losses and 1 draw, after 4 straight losses at the end of his career.

Paul is tipped to win the fight.

Paul, who has more than 20 million subscribers to his YouTube channel, is set to earn upwards of US$2 million for the fight, while Woodley is expected to pocket around $1 million.

Jake Paul vs Tyron Woodley is coming - so just who the hell is this guy anyway?

Eds note: we updated this story at midday on 30 August with fight results, social post.