The Hobart Hurricanes will be keen to keep the pressure on the top 2 when they host the Brisbane Heat this week.

SUMMARY: Hobart Hurricanes vs Brisbane Heat is on Fox Cricket. Unless you're already a Foxtel customer, your best option is to watch live on Kayo Sports. You can watch for free using this 14-day trial.

The Hobart Hurricanes demolished the struggling Renegades on the back of a stunning 127 from Ben McDermott, in what was his second consecutive Big Bash century. The boys from Tasmania currently sit third on the table.

The Brisbane Heat got dismissed for a disappointing 105 against the Sydney Sixers on Wednesday night but should have won the game anyway after reducing the Sixers to 8-47 in reply. A late rally led by Sean Abbott got the Sixers home off the final ball of the day to leave the Heat struggling with a 2-4 record.

When is Hobart Hurricanes vs Brisbane Heat?

Get the New Year off with a bang by catching this clash which starts at 4pm AEDT on Saturday 1 January at Blundstone Arena in Hobart.

How to watch Hurricanes vs Heat

Foxtel iQ, Foxtel Now and Kayo Sports have the rights to all 61 BBL games this season, including finals, courtesy of Fox Cricket. You can also catch some games on free-to-air television via Channel 7. But like last season, that option only has the rights to around 30% fewer BBL games across the season compared to Fox Cricket.

Hurricanes vs Heat is only on Fox Cricket. We have a full guide to the BBL here while you can also check out a breakdown of all the BBL fixtures.

You can catch every match all season long and a heap of unique special features live on Kayo Sports. New customers can use this 14-day free trial and test it all out.

Subscriptions to Kayo start from $25 a month and let you watch on 2 devices at once. If you're after a third simultaneous stream then you can upgrade to the Premium subscription which is $35 monthly.

Who will win Hobart Hurricanes vs Brisbane Heat? 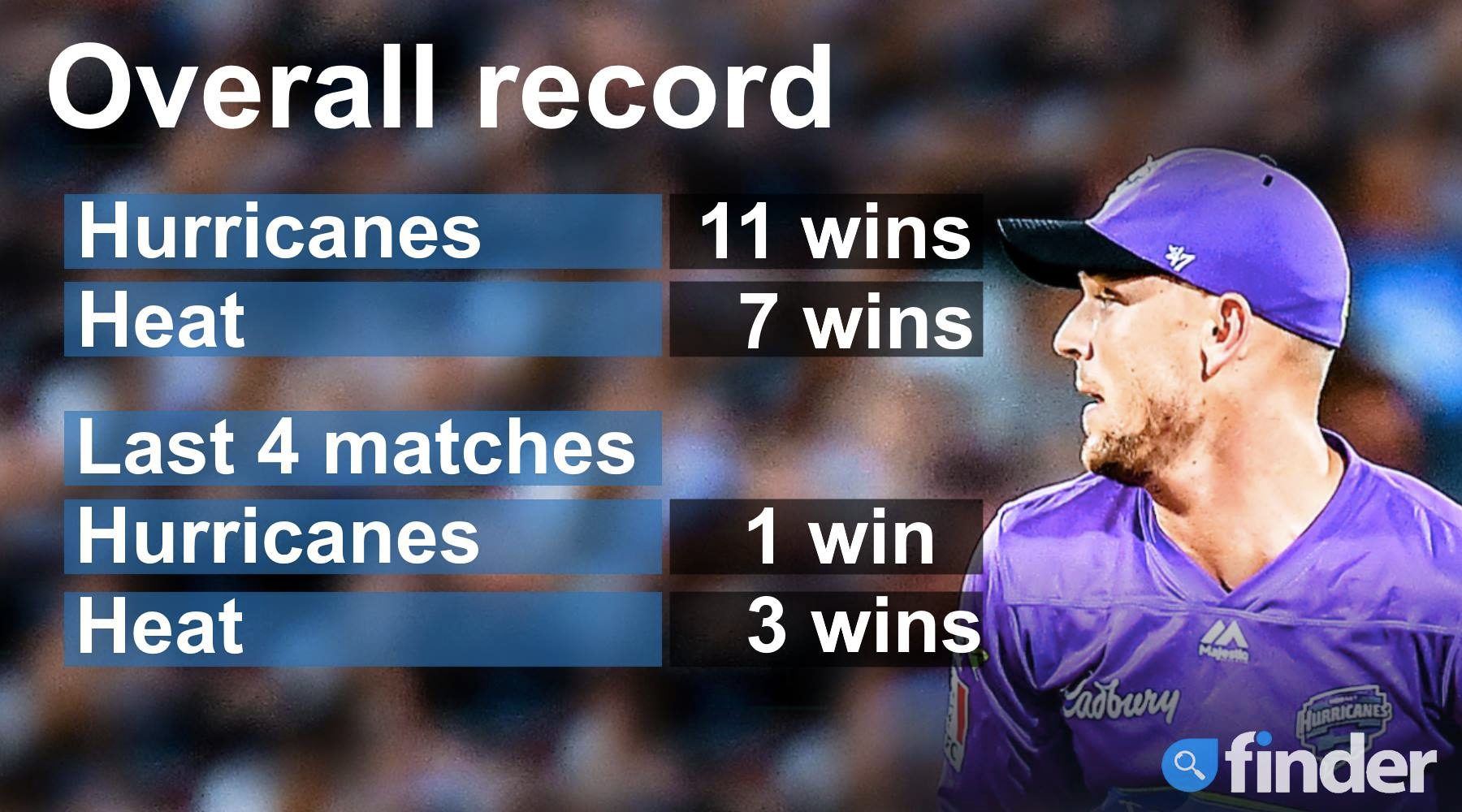 After a slow start to the season, the Hurricanes are starting to motor along, thanks in no small part to the dominance of Ben McDermott who has scores of 67, 110 not out and 127 in his last 3 matches. Matthew Wade and D'Arcy Short are also capable of piling on the runs with Hobart – perhaps the team most likely to break into the Scorchers/Sixers top-2 stronghold.

Brisbane Heat has had an inconsistent start to the season, but nearly produced a stunning victory on Wednesday when they were well on track to defend just 105. However, they couldn't break a 58-run 9th wicket stand and came up short in the end.

They desperately need runs out of Chris Lynn to kickstart them at the top and to support what has been a fairly competent bowling group this season. The Hurricanes, at this point, have the answers and should go to 12-7 on the head-to-head with Brisbane after this contest.