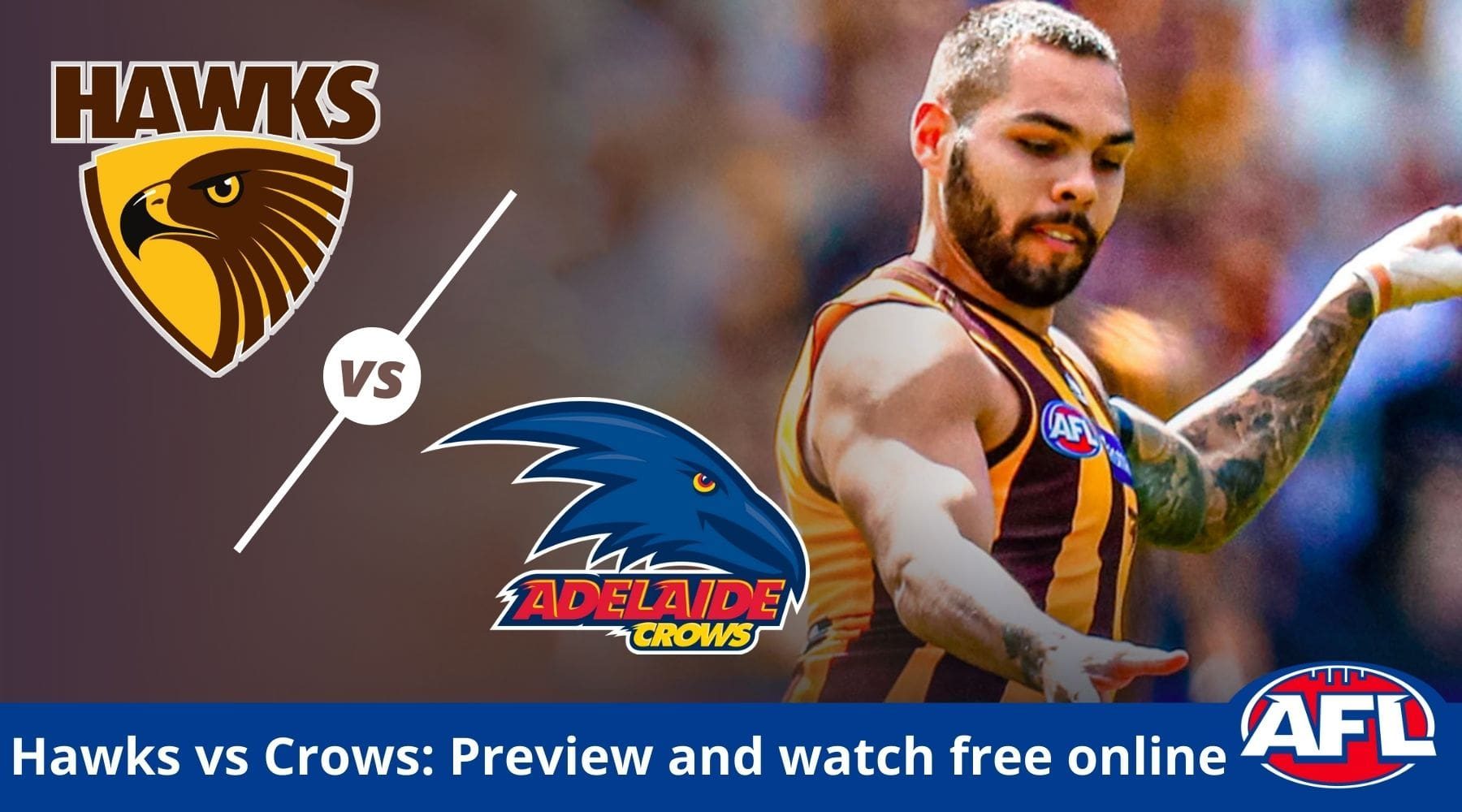 The Hawks are hoping to avoid a fifth straight loss when they take on the Crows in Tasmania on Anzac Day.

SUMMARY: South Australians can watch Hawks vs Crows on Channel 7. Outside of SA you'll need a Fox Footy subscription to watch Hawthorn vs Adelaide. You can watch for free on Kayo using this 14-day trial.

The Hawks simply can't afford to lose this match. They have been more than competitive this season, but they have still lost four straight. Adelaide are also coming in on a loss after losing to Fremantle.

Rory Sloane's absence has been noticeable for the Crows. They'll yet again miss him this week against Hawthorn. Four points in Launceston will be worth their weight in gold. Adelaide to hold on to the top eight and Hawthorn to avoid last place.

When is Hawthorn vs Adelaide?

The Hawks vs Crows will be played at the University of Tasmania Stadium in Launceston at 12:30pm AEST on Sunday 25 April.

How to watch Hawthorn vs Adelaide live

Channel 7 and Foxtel share the rights to AFL matches in Australia. While Channel 7 shows three to five games per round, you can only get every game live on Foxtel iQ, Foxtel Now and Kayo Sports.

The good news is that not only will those services allow you to watch Hawthorn vs Adelaide, they'll also give you Port Adelaide vs St Kilda, which is on later on Sunday evening.

Kayo lets you access all of Fox Sports without committing to Foxtel. If you haven't tried it yet, Kayo offers a 14-day free trial. At the conclusion of the trial, the subscription options are $25 a month to watch on two screens or $35 a month for a third screen. It's all in our Kayo Sports review.

Kayo has more than 50 sports for you to choose from, including some brilliant evergreen content like ESPN's 30 for 30 series. It is compatible with Macs and PCs, iOS and Android devices, Chromecast, Apple TV, Android TV, Telstra TV, Sony Bravia TV and Samsung TV (2017 or later).

It also boasts a range of special features to add to the viewing experience. SplitView lets you watch up to four sports at once on the same screen. Interactive Stats, No Spoilers and a Key Moments timeline are also available.

Adelaide's former captain Taylor Walker has been in sensational form. Going into round 6, he leads the AFL's goal-scoring list with 22 majors ahead of Bulldogs star Josh Bruce and Richmond's Jack Riewoldt (both 17). 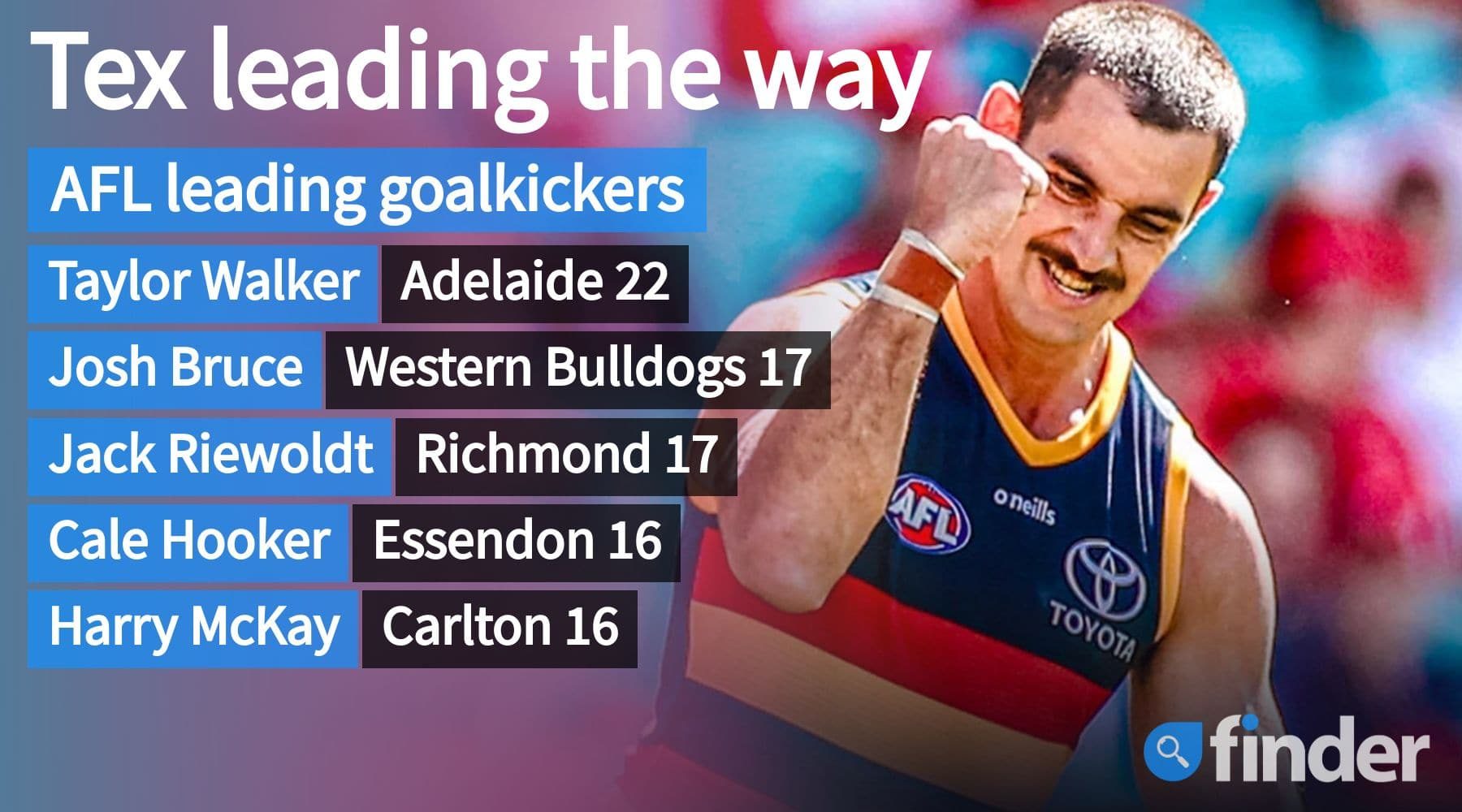 Hawthorn have been on a steady decline since they last reached the finals in 2018. They fielded just 3 players under the age of 21 in their 50-point loss to Melbourne last week so the young talent just isn't developing.

Their recruitment strategy has also been questioned, with the exception of guns Chad Wingard and Tom Mitchell. Former Swan Mitchell has been superb this season, sitting second in the AFL for disposals (170) behind Bulldogs prolific ball-winner Jack Macrae (176).

We love a good pun so we'll predict this match is Taylor-made for a Crows upset. Adelaide to win by 15 points.