The Giants will need to show a great deal more fight to knock off the Demons this week.

SUMMARY: Giants vs Demons is on Channel 7 in NSW and the ACT. Everywhere else in Australia it's only on Fox Footy. Unless you're a Foxtel customer, your best option is to watch live on Kayo Sports. You can watch for free using this 14-day trial.

The winless Giants will be desperate to grab the four points here, knowing that an 0-3 record will make the road to the AFL finals full of potholes. Even this early in the season, another GWS defeat here will cause major alarm bells to ring.

The Demons (2-0) are at the opposite end of the scale, giving their fans renewed hope for this year. Excitement machine Kysaiah Pickett is providing plenty of spark and giving the Dees' midfield more bite.

When is GWS vs Melbourne?

The match starts at 6:10pm AEST at Manuka Oval, Canberra on Sunday 4 April.

How to watch GWS vs Melbourne

Channel 7 and Foxtel have the rights to broadcast AFL matches in Australia and it varies from state to state. This game is on free-to-air TV in NSW and the ACT. If you live anywhere else in the country, you will need a subscription service.

Fox Footy is the only way to guarantee you have access to every AFL game in 2021, meaning Foxtel iQ, Foxtel Now and Kayo Sports. We have a full TV guide to the AFL season here.

When it comes to price, features and its free trial, Kayo Sports is hard to beat. It currently has a 14-day free trial for new users.

A Basic subscription is then $25 a month and you can watch on two simultaneous screens. There is also a Premium option for $35 a month and an additional screen. You can check it all out in our Kayo Sports review.

Kayo also has a range of features to add to your viewing experience. SplitView lets you watch up to four sports at once. There are also Interactive Stats, No Spoilers, Key Moments and more.

In total Kayo broadcasts more than 50 sports. On top of every AFL game this weekend, you can also watch NRL and this week's MotoGP in Doha. 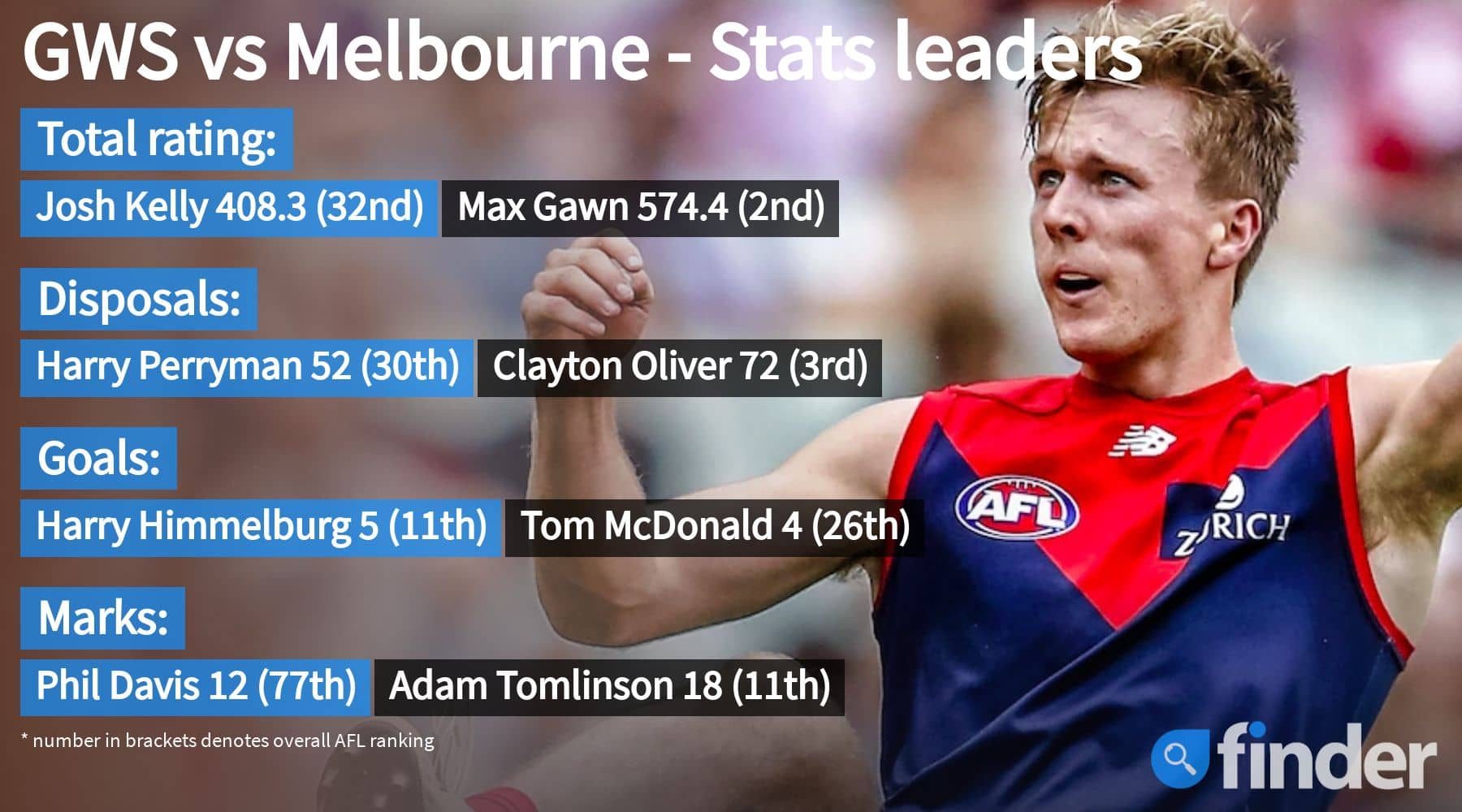 The Demons will be favourites with the bookies but we're leaning towards the Giants in Canberra. GWS will go into battle without their veteran defender Sam Reid, who copped a two-match suspension this week for his heavy bump on Nat Fyfe which left the Dockers' skipper concussed.

The Giants have won four out of six matches at home against the Demons. In a brave move, GWS coach Leon Cameron put his players on notice after just two rounds that they must perform or face the axe. We're expecting an emphatic response.

The Demons have some key contributors statistically early in the season. All-Australian ruckman Max Gawn is second in the league for total ratings, behind only Richmond superstar Dustin Martin. Ball magnet Clayton Oliver is also third in the competition for disposals.

GWS don't have those kinds of standouts thus far and will require a team effort to get over the line here.