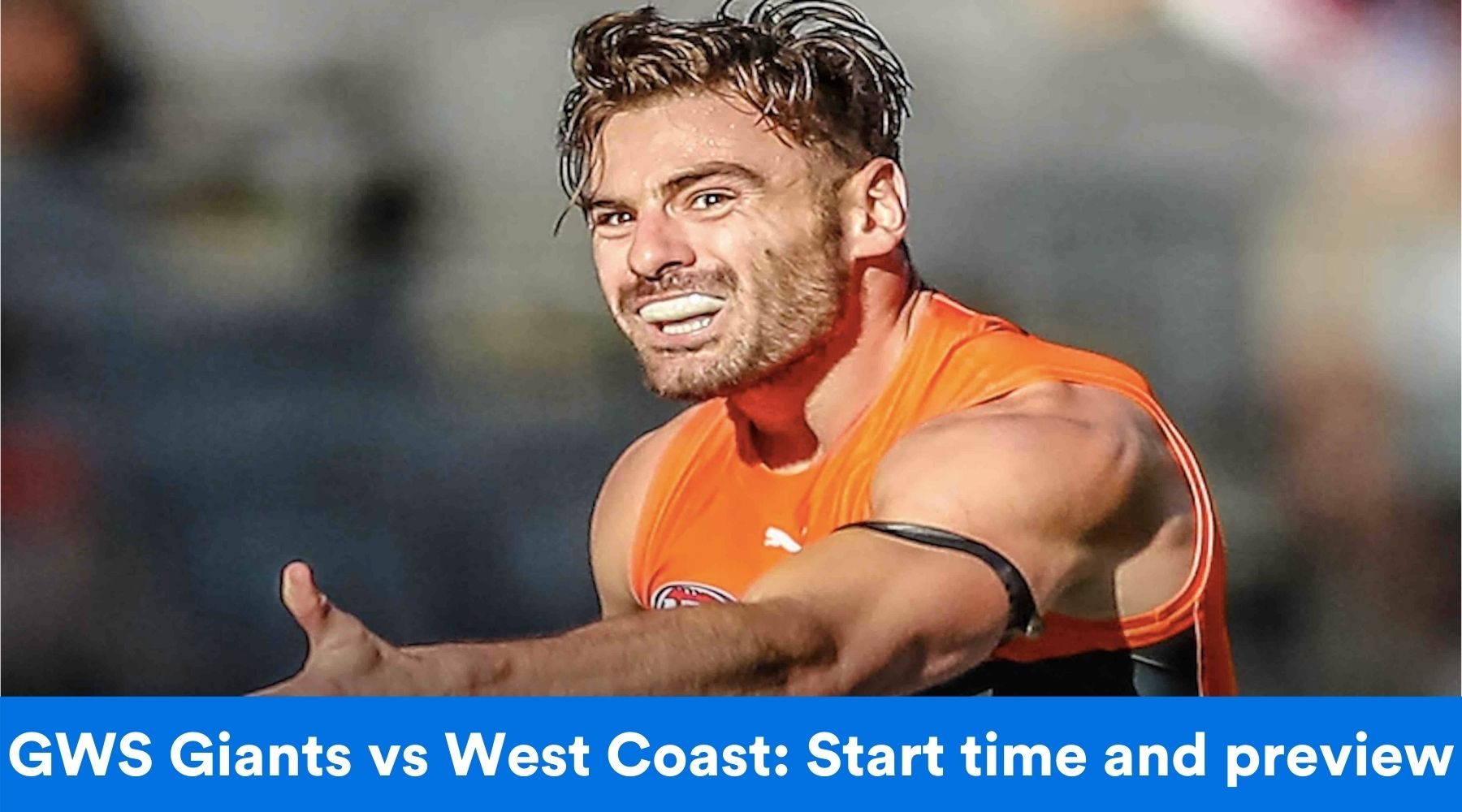 GWS will have their hands full when they take on an in-form West Coast side in Sydney.

SUMMARY: Giants vs Eagles is live on Channel 7 in NSW and the ACT and delayed on 7 in WA. Across the country it is live on Fox Footy. Unless you're already a Foxtel customer, your best option is to watch live on Kayo Sports. You can watch for free using this 14-day trial.

The Giants are just hanging on in their bid to get back into the top eight. A run of four wins out of five was halted by a narrow loss to Richmond last week. Another defeat here would see GWS lose ground with the finals positions.

It won't be easy against an Eagles side that has hit back strongly since a dismal 97-point thrashing in Geelong. Three consecutive victories have Adam Simpsons' side on the cusp of the top four.

When is GWS Giants vs West Coast?

The opening bounce is at 1:10pm AEST at Giants Stadium in Sydney on Sunday 23 May.

How to watch GWS vs West Coast

Channel 7 and Foxtel have rights to broadcast AFL matches in Australia this season. It varies from state to state and can get a little complicated. If you are in NSW or the ACT, you can watch this on free-to-air.

If you are in Western Australia, this is one of the matches that is only being shown on delay on Channel 7. While the game starts at 11:10am AWST, the free-to-air coverage doesn't start until 2:30pm AWST.

But this match and every match of the regular season is live on Foxtel iQ, Foxtel Now and Kayo Sports. With its long free trial, pricing structure and special features, we think Kayo is the pick of the bunch.

As stated, anyone wanting to watch this match will need a subscription. You can see a full breakdown of the AFL draw here. Of the options out there, Kayo is the best value.

You can watch GWS vs West Coast for free using Kayo's 14-day free trial. After the trial period, a Basic subscription is $25 a month to watch on 2 screens or $35 a month for a third screen. You can check it all out in our Kayo Sports review.

Kayo also has a wide range of special features to add to your viewing experience. SplitView lets you watch up to four sports at once on the same screen. Other features include Interactive Stats, No Spoilers, Key Moments and more.

In total Kayo broadcasts more than 50 sports, including a wide variety of timeless, evergreen content. It is compatible with Macs and PCs, plus iOS and Android devices, Chromecast, Apple TV, Android TV, Telstra TV, Sony Bravia TV and Samsung TV (2017 or later).

Who will win GWS vs West Coast?

West Coast have hit back hard following an inconsistent start to 2021. Their backline has returned to near full strength and they have some of the best midfielders and key forwards in the competition.

The Giants have been picking up the pieces of their poor start to the season, when they opened the year with three straight losses. GWS showed against the Tigers that they can compete with the best, but the Eagles might just be too strong here in a close one.