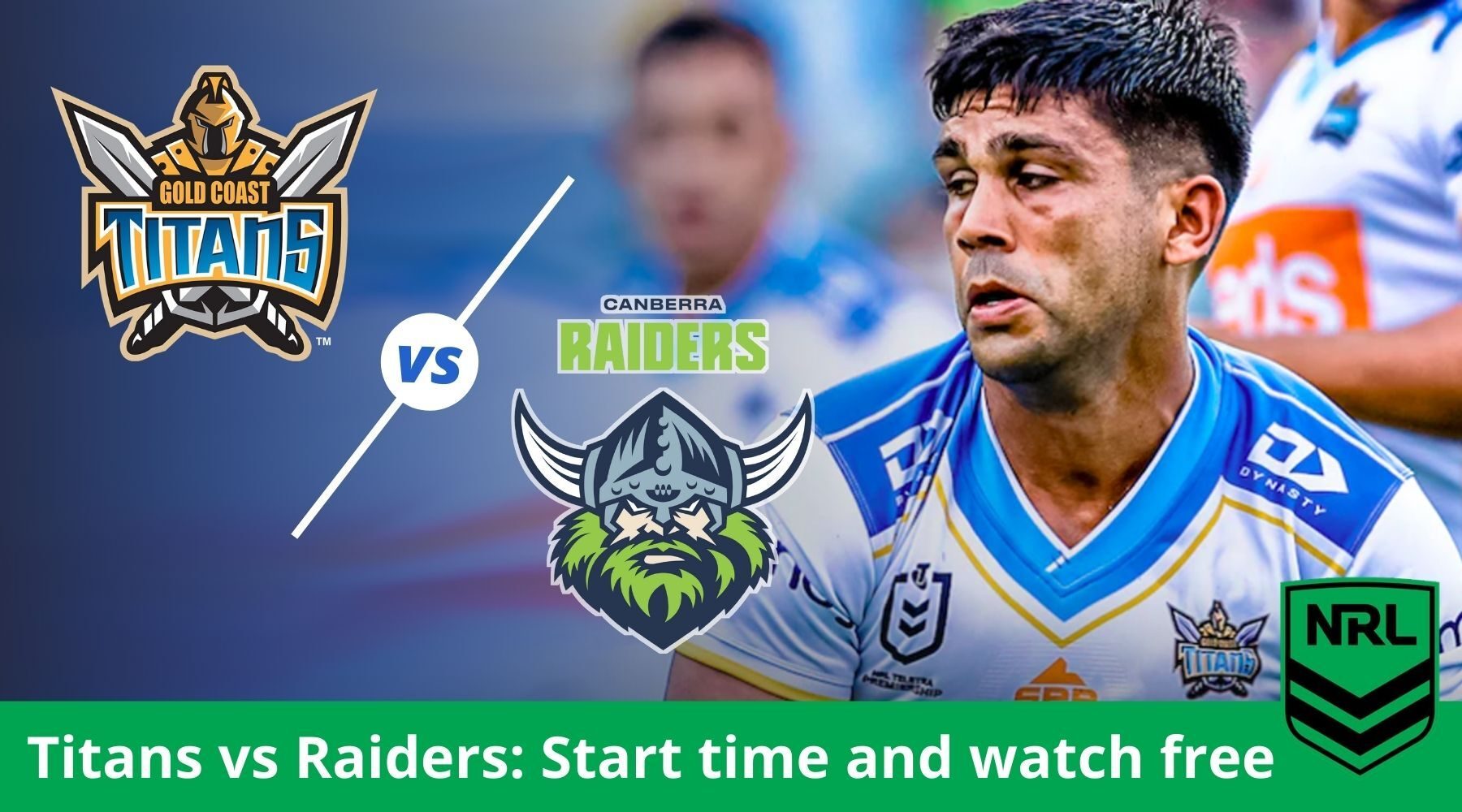 The Titans can consolidate their status as Queensland's number 1 side in the NRL with victory over the battered Raiders this weekend.

SUMMARY: Titans vs Raiders is exclusive to Fox League. Unless you already subscribe to Foxtel, your best option is to watch live on Kayo Sports. Watch for free using this 14-day trial.

The excitement levels are building for Titans fans, who have watched Justin Holbrook's team smash their Queensland rivals over the past two weeks. But their preparations have been thrown into chaos following a late venue switch due to the lockdown in Greater Brisbane.

The Titans were scheduled to play at their Cbus Super Stadium home. On Wednesday, the NRL ordered all three Queensland teams to depart the Sunshine State due to the coronavirus outbreak. They will now play at Kogarah's Netstrata Jubilee Stadium.

The Raiders are bruised and battered following their war of attrition against the Warriors when their bench was reduced to just one fit player. If they lose on Saturday night, the all-time ledger between Canberra and the Titans will stand at 13 wins apiece.

The Titans will host this clash away from home at Netstrata Jubilee Stadium, Sydney on Saturday 3 April. Kick-off is at 7:45pm AEDT.

How to watch Gold Coast Titans vs Canberra Raiders

As with all the matches on Super Saturday, this clash is not on free-to-air TV. You will need a subscription. You can see our guide to each team's matches on Channel 9 here.

Kayo Sports, Foxtel iQ and Foxtel Now are all options for catching this match-up. Kayo Sports is cheaper, has a longer free trial and is more readily accessible, as you can see in our comparison with Foxtel.

Both Titans and Raiders supporters should definitely consider signing up for Kayo. The pair both rank in the bottom five for free-to-air market share with just six and seven fixtures on Channel 9 in 2021 respectively.

Kayo boasts every regular season NRL game live and ad-free. A smorgasbord of rugby league is just 1 of more than 50 sports available on the platform. On Saturday night you can also watch MotoGP, AFL or NBL, all live.

Better yet, you can watch them on the same screen thanks to Kayo's unique viewing features. SplitView lets you watch up to four sports on the same screen. Interactive Stats, No Spoilers, alternate camera angles, Kayo Minis – the list goes on.

If you are yet to check it out, Kayo offers a 14-day free trial. After that, Kayo is $25 a month to watch on two screens or $35 a month for a third screen.

If you're an NRL Live Pass customer, you are also moving to Kayo. If you sign up by 31 May you can get a $20 monthly discount on subscriptions for 12 months. We also have a full viewing guide for the NRL season that breaks down all your streaming options.

The Raiders have been forced to make a host of changes following their brutal injury toll. Gun backrower Joseph Tapine (ankle) and centre Curtis Scott (ribs) are out. Dunamis Lui and Hudson Young are back to bolster the pack. Former Titans skipper Ryan James has been named to play against his former club, despite suffering concussion last weekend.

The Titans have named the same 17 which thrashed the Cowboys last start. Their marquee recruit David Fifita is already justifying his massive price tag in a forward pack brimming with talent. Gold Coast top the line breaks (20) this season and the Raiders (16) aren't far behind, meaning defence will be critical to the outcome here.

We think the Titans are the real deal this season and can defeat a beaten-up Raiders. The Gold Coast outfit has lost its past four matches against Canberra, but we believe that is about to come to an end. Titans by six points. 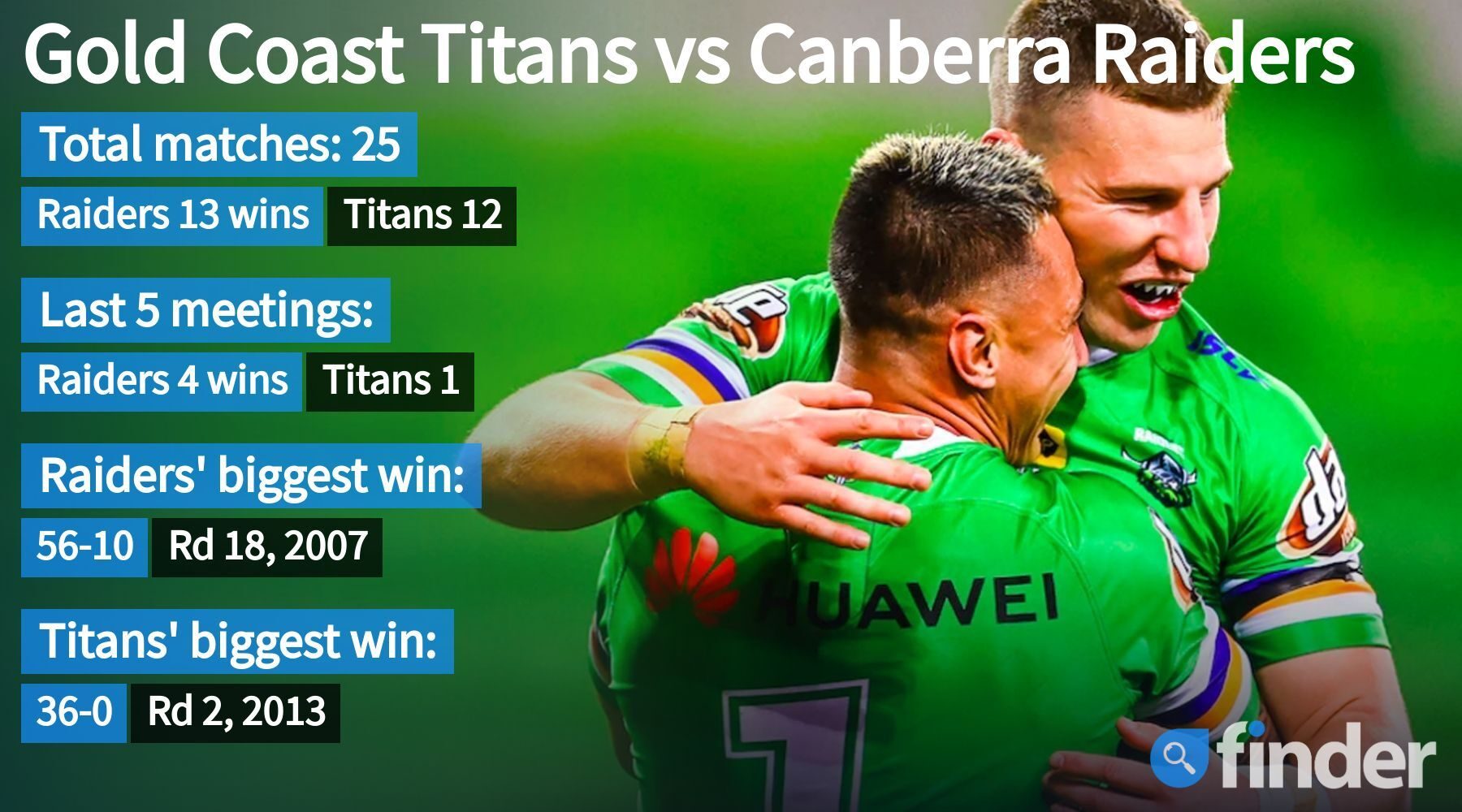 Want more information on watching NRL? Want to know how you can watch Fox Sports without Foxtel. You can also see a breakdown of your team's games on free-to-air TV.