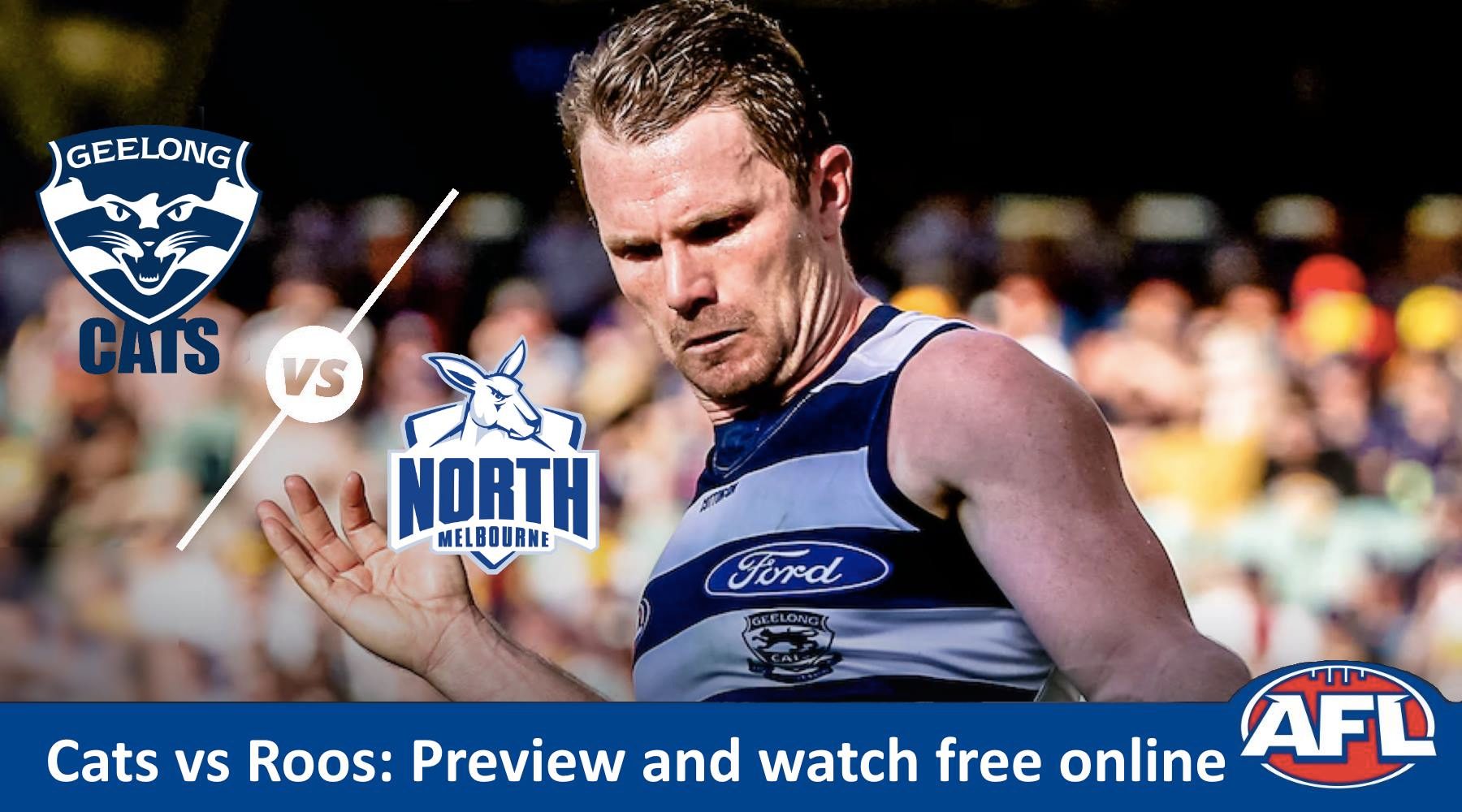 Will the spluttering Cats rediscover their form in an AFL clash against the winless Kangaroos?

SUMMARY: Cats vs Kangaroos is exclusive to Fox Footy. If you don't subscribe to Foxtel, your best option is to watch live on Kayo Sports. You can watch for free using this 14-day trial.

This Cats vs Kangaroos match-up finds Geelong in a surprisingly vulnerable position. They sit a precarious 2-2 with games against heavyweights West Coast, Sydney and Richmond coming in the next month. Star off-season recruit Jeremy Cameron is yet to play but star onballer Patrick Dangerfield is at least back from his three-match ban for a bump on Crow Jake Kelly.

The Kangaroos are in far deeper trouble. They haven't won a game this season and have lost their past six matches against the Cats. In 4 outings this season, hapless North Melbourne have conceded 491 points and scored just 211. They're in a world of pain with no short-term end in sight.

When is Geelong vs North Melbourne?

The Cats host the Kangaroos from 4:40pm AEST on Sunday 18 April at GMHBA Stadium, Geelong.

How to watch Geelong vs North Melbourne

Despite the AFL having a mix of games across free-to-air on Channel 7 differing by state each week this match is exclusive to Fox Footy. That means the only way to watch Geelong vs North Melbourne is via Foxtel iQ, Foxtel Now or Kayo Sports. We have a full guide to the AFL season here.

Our pick of the bunch is Kayo Sports. Kayo is half the price of either Foxtel product when watching the AFL and has the longest free trial. You can see a comparison of Kayo and Foxtel here for more information.

If you don't already subscribe, you can watch Geelong vs North Melbourne for free using Kayo's 14-day trial. You get much more than just footy, with NRL, NBA, A-League, Formula 1 and MotoGP among more than 50 sports on the game-changing platform.

After the trial, a Basic subscription is $25 a month and you can watch on two simultaneous screens. There is also a Premium option for $35 a month and a third screen. You can check it all out in our Kayo Sports review.

Kayo also has a range of features to add to your viewing experience. SplitView lets you watch up to four sports at once on the same screen. Those that like to follow the numbers during games can check out the live Interactive Stats. No Spoilers, Key Moments and Kayo Minis are also options.

To put it pretty simply, the Cats should win this easily. If they don't then they can forget about emulating 2020 when they made it all the way to the AFL grand final. Geelong are notorious for their slow starts but will want to get the whips cracking. 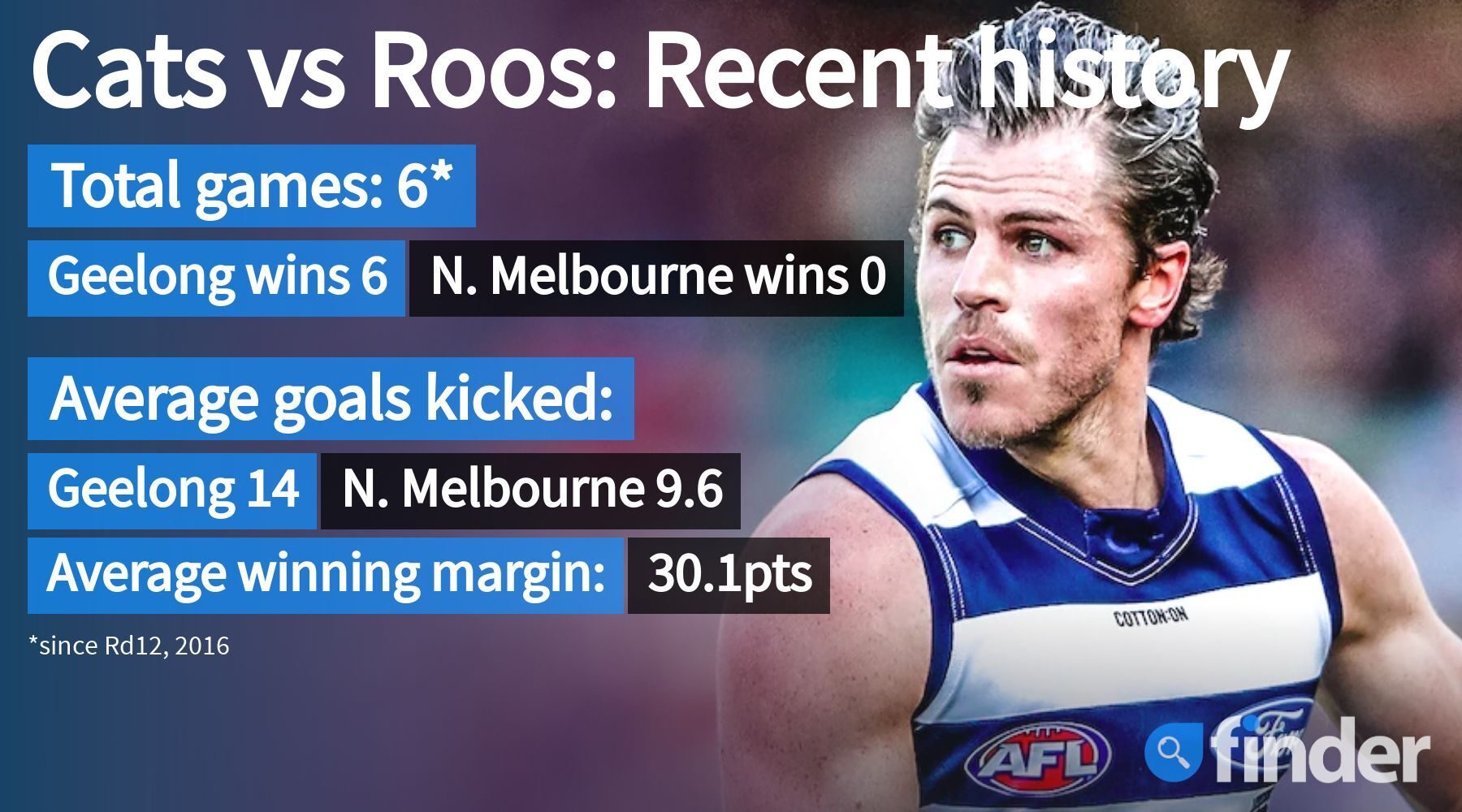 Whatever the Cats' recent troubles, they pale compared to North Melbourne. In round three the Western Bulldogs handed the Kangaroos their fourth biggest loss ever. They showed improvement in their defeat to the Crows last week but still fell short of four points. New coach David Noble must be wondering where his first win is coming from.

Telstra mobile or Live Pass user? Are you eligible for $5 monthly Kayo for 12 months. We have also broken down the full 2021 AFL draw.