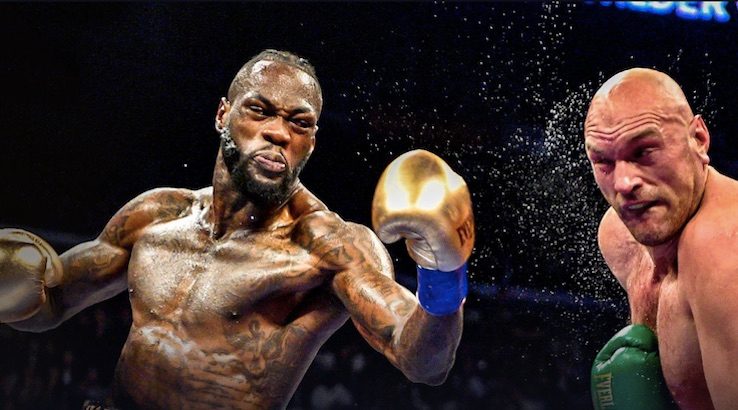 2 of boxing's biggest stars are set for another fight when Tyson Fury takes on Deontay Wilder over 12 rounds in Las Vegas.

WBC heavyweight champion Wilder has an extraordinary record of 42 wins and 1 draw from his 43 fights, including no less than 41 knockouts.

Popular British fighter Fury's record is almost as intimidating, boasting 29 wins and a draw with 20 knockouts of his own.

The only blemish on their respective records of course came the last time they met, a split decision in Los Angeles 14 months ago. Now they have a chance to settle that score.

When is the Tyson Fury vs Deontay Wilder world heavyweight title fight?

There are 6 fights scheduled on a big night of boxing that all gets underway at 6pm local time on Saturday 22 February (1pm AEDT on Sunday 23 February) at the MGM Grand in Las Vegas. Fury and Wilder are expected to climb into the ring around 4–5pm AEDT.

How to watch Fury vs Wilder heavyweight title boxing fight

Fury and Wilder are undeniably two of the biggest drawcards in all of boxing. In Australia this rematch is live and exclusive on Main Event pay-per-view. The undercard also features a WBO super bantamweight world title fight between holder Emanuel Navarrete and Jeo Tupas Santisima from the Philippines.

How to watch Fury vs Wilder 2 with Main Event

If you are already a Foxtel customer, there are a few ways to order the fight. You can access it from the Main Event website, using the My Foxtel app, via remote or over the phone. It costs $49.95 and will be replayed at 7pm AEDT and then every 6 hours from 6am on Monday morning.

Fight fans can also check out Kayo Sports, which is running a four-part documentary in the lead-up to the fight titled Inside Wilder v Fury II, as well as the pairs first fight available on demand.. Boxing is 1 of more than 50 sports Kayo has to offer and it currently has a 14-day free trial. Kayo also has UFC Fight Night 168 in full this weekend.

Who will win Fury vs Wilder heavyweight title boxing fight?

At the time of writing, experts and punters alike are finding this a terribly difficult fight to call. Both fighters possess strong chins and enormous power.

Most experts were leaning marginally towards Wilder in recent days, but support for Fury has increased as the countdown continues and they now virtually can't be split.

As his record would indicate, Wilder tends to look for the bell-ringing knockout punch at just about every opportunity. Fury offers a little more ring craft and guile and will likely attempt to extend the fight as long as possible.

Fury has a height and weight advantage, while he is also 3 years younger than the 34-year-old from Tuscaloosa, Alabama.

With very little confidence, we'll give a slight edge to the "Gypsy King", Tyson Fury.