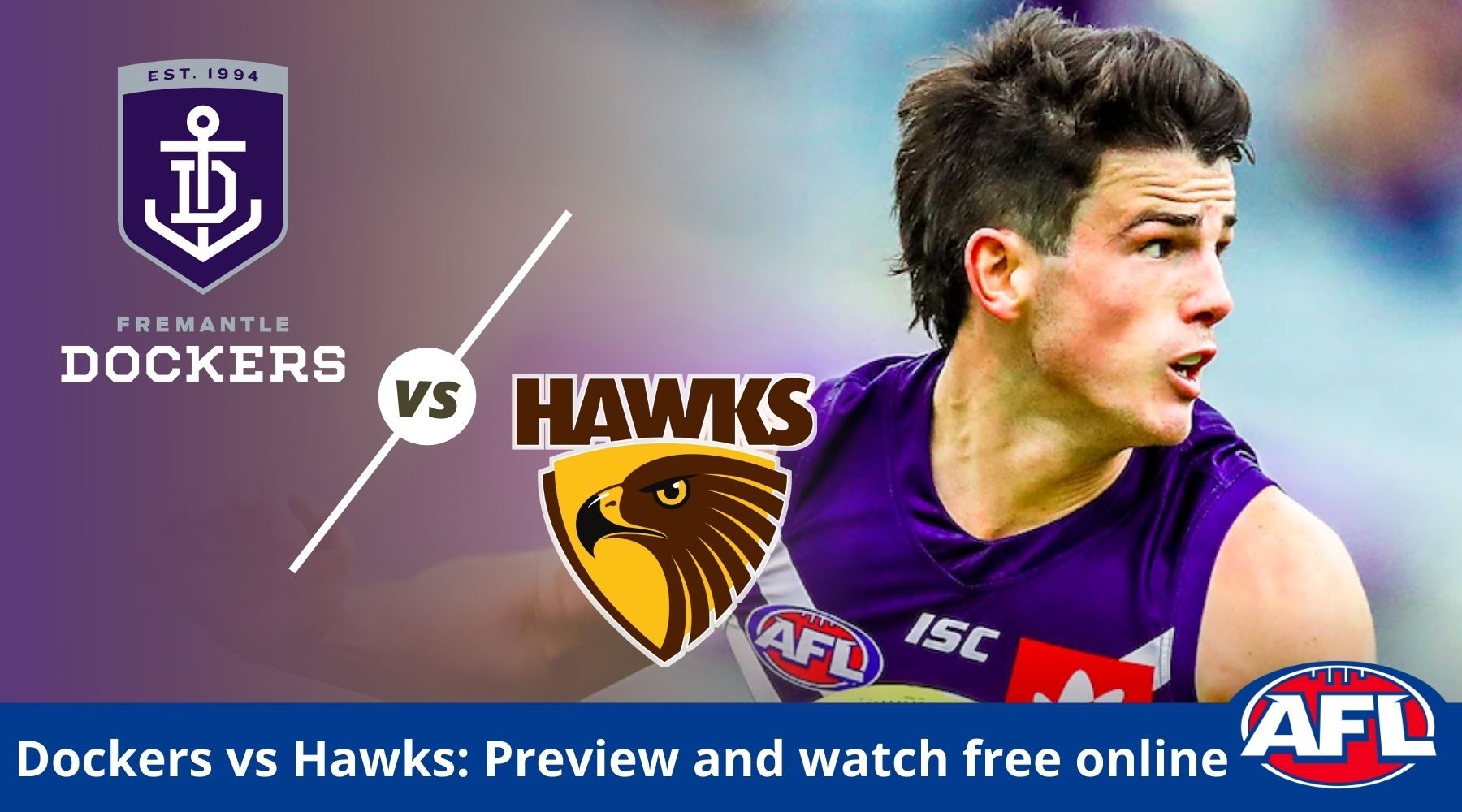 In a battle of clubs hoping to re-emerge this season, Fremantle take on the improving Hawks in Perth.

SUMMARY: Dockers vs Hawks is on Channel 7 in Western Australia. If you're anywhere else in the country you need access to Fox Footy. Your best option is to watch live on Kayo Sports. You can watch for free using this 14-day trial.

The Dockers will welcome back inspirational skipper Nat Fyfe from concussion this week with the AFL's mandatory 12-day resting period having expired. Will it be enough to stop a young Hawks side that pushed Geelong all the way last week in an Easter Monday thriller?

It's a six-day turnaround for the Hawks, who must lick their wounds and travel across the country for this encounter. They must also handle a difficult fortnight with this game in Perth before a home match against the high-flying Demons. Both sides sit near the bottom of the AFL ladder, but can take a sizeable jump with victory here.

When is Fremantle Dockers vs Hawthorn Hawks?

How to watch Fremantle vs Hawthorn

Channel 7 and Foxtel share the rights to AFL matches in Australia. Channel 7 only shows between three and five games per round and it varies from state to state. You can get every single game live on Foxtel iQ, Foxtel Now and Kayo Sports.

This match-up is on Channel 7 in Western Australia. But if you live anywhere else in the country, you will need a subscription service. There is also Watch AFL if you are overseas. We have a full guide to the AFL season here.

We think Kayo Sports is the way to go when it comes to streaming. Firstly, Kayo has a range of unique features to add to your viewing experience. SplitView lets you watch up to four sports at once on the same screen. There are also Interactive Stats, No Spoilers, Key Moments and more.

It also boasts unrivalled amounts of sporting action. All up it broadcasts more than 50 sports, including AFL, NRL, NBL and A-League, among many others.

If you don't already subscribe, you can catch it all for no cost using Kayo's 14-day free trial for new users.

After the trial period, a Basic subscription is $25 a month and you can watch on two simultaneous screens. There is also a Premium option for $35 a month and a third screen. You can check it all out in our Kayo Sports review.

Who will win Fremantle vs Hawthorn? 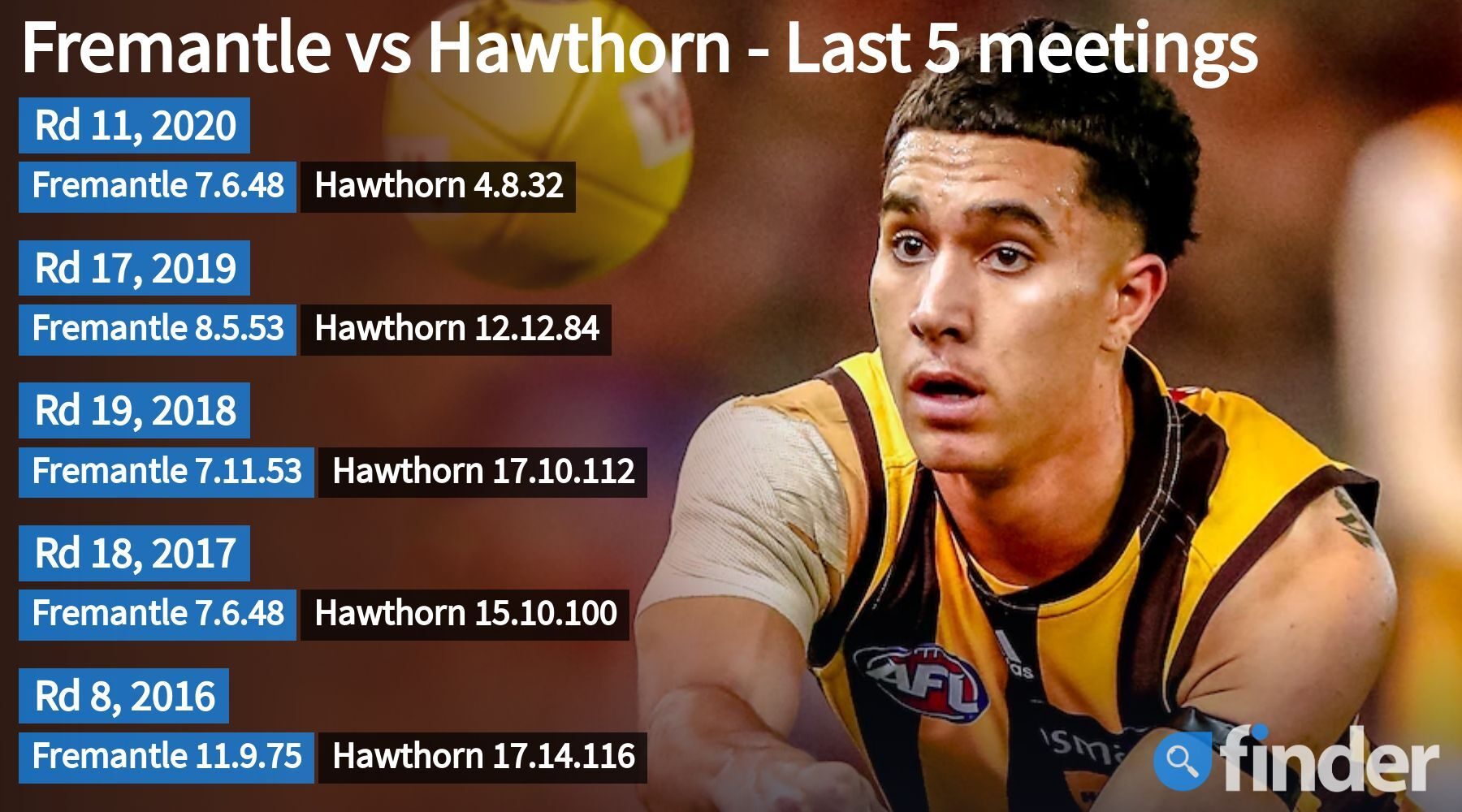 The Dockers have lost rising defender Hayden Young (hamstring) and Lachie Schultz (concussion). Yet despite those setbacks, we think Freo's significant home advantage and the return of Fyfe tilts the balance in their favour.

Hawthorn coach Alastair Clarkson has opted to rest 38-year-old Shaun Burgoyne for the trip to Perth. The Hawks are surprising fans with their competitiveness and have a very strong record against the Dockers.

Overall they have won six of the last seven against Freo. But we think this will be a tough assignment for them out west and it will be the Dockers that start to climb the ladder in 2021.