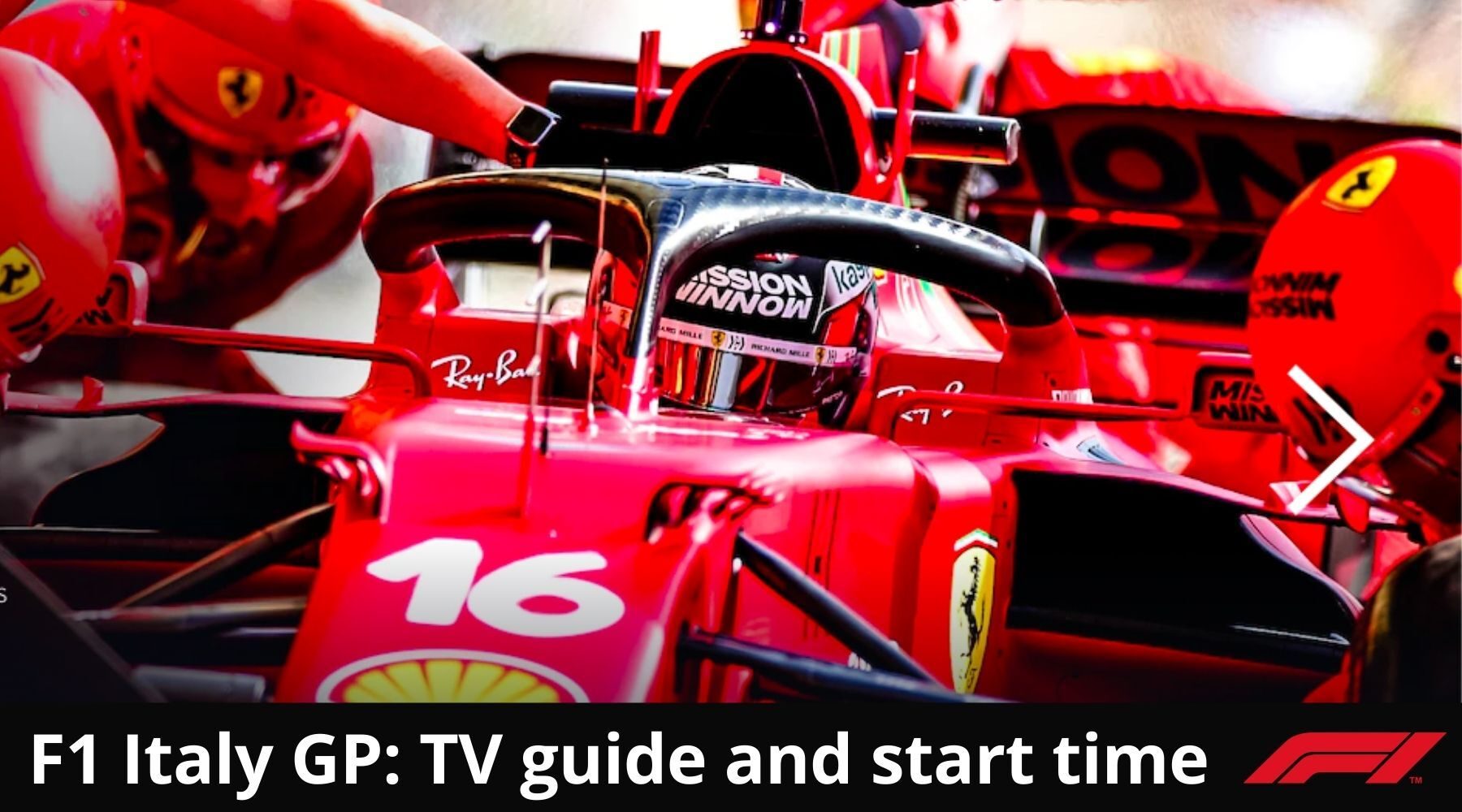 Can anyone halt the dominance of Lewis Hamilton in the second race of the 2021 Formula 1 season in Imola, Italy?

SUMMARY: Imola F1 Grand Prix is exclusively live on Foxtel. Unless you're already a Foxtel customer, your best option is to watch on Kayo Sports. You can watch for free using this 14-day trial.

Another race weekend and another dominant Lewis Hamilton performance as he was able to claim his 99th career pole at the Imola circuit. Hamilton did have to work for it though with Red Bull's Sergio Perez trailing by just .035 seconds to secure his first ever front row start.

Perez's teammate Max Verstappen was third fastest in the field. That adds some intrigue as for the first time in a long time there's two Red Bulls at the front hunting a Mercedes rather than the other way round. Hamiltons teammate Valtteri Bottas struggled throughout qualifying and could only muster up eighth.

Australia's Daniel Ricciardo will start sixth ahead of teammate Lando Norris whose final lap was disqualified after exceeding track limits. It won't be easy for the pair though who will likely have Bottas breathing down their necks from the start.

This year Formula 1 has made changes to the schedule for the Emilia Romagna GP at Imola out of respect for the funeral service of Prince Philip, Duke of Edinburgh. Qualifying on the Saturday will now start an hour earlier and the third practice session that morning has also been brought forward.

How to watch Imola F1 Grand Prix live in Australia

There are 23 races on the new F1 schedule and all will be live on Kayo Sports and Foxtel. For a full analysis of your viewing options, make sure to check out our F1 guide. We also have a rundown of this season's F1 calendar, teams and all the drivers on the starting grid. 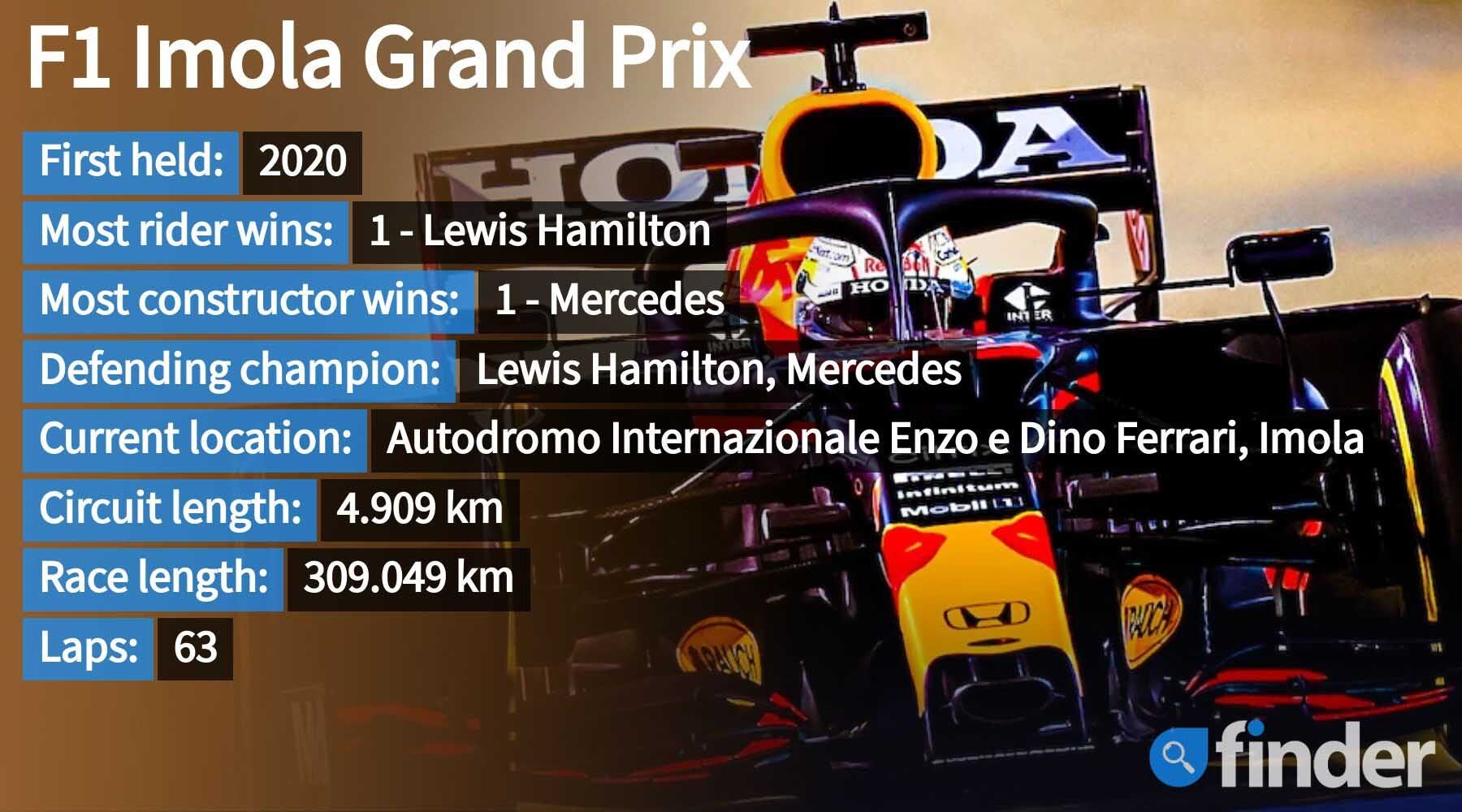 Can I watch Imola Formula 1 Grand Prix on free-to-air?

No. Of the 23 races on the 2021 schedule, only the Australian GP in November can be seen on free-to-air TV, on 10 play. Channel 10 will be showing a 1-hour highlight program of the other 22 races on Monday nights. They will be shown on 10 Bold.

Kayo Sports is Australia's home of motorsport. On top of every F1 and V8 Supercar race, it also has IndyCar and MotoGP. New customers can take advantage of Kayo's 14-day free trial.

After that a Basic subscription will cost you $25 per month and gives you access to two screens or devices. For $10 more per month a Premium subscription gives you three screens. There are no lock-in contracts and you can cancel at any time.

Kayo also has a number of special features, including some specifically for motorsport. RaceView allows fans to watch four feeds on one screen. HeliCam, Race Centre, Pit Lane and driver cameras are also among the options. In total Kayo has access to more than 50 sports. We have put together a full review of the service for you.

Seven-time world champion Lewis Hamilton got Mercedes off to another flying start with victory in the season-opening event in Bahrain last month. Red Bull's Max Verstappen wasn't far behind and Hamilton's Mercedes teammate Valtteri Bottas rounded out the podium.

Dutchman Verstappen is widely considered the man most likely to stop Hamilton from surpassing the record of world titles he shares with Michael Schumacher. The pair locked horns in a thrilling duel in the Bahrain desert, with Hamilton claiming his record-extending 96th career win by less than a second.

Australia's Daniel Ricciardo has yet to really fire a shot yet this year, finishing seventh in Bahrain. But the Aussie did launch a subtle dig at Hamilton this week, claiming the 36-year-old Brit hasn't had the "strongest competition" during his Mercedes dominance. Comments like that will only add fuel to Hamilton's fire.

Considering Hamilton won 11 races in a dominant 2020 season, it's hard to go past the master driver with the fastest car. Having said that, Ferrari will want to push hard to win this event at the Autodromo Enzo e Dino Ferrari, which is on the calendar for the second year.

Anyone who has watched the riveting docuseries Drive To Survive will know how much it hurt last September at Monza when both Ferraris failed to finish the race. With a second Italian race on the schedule, Ferrari will want to make amends.

We expect a strong showing from Ferrari's Charles Leclerc while Verstappen should again be nipping at Hamilton's heels. But we'll stick with the Mercedes driver to gain momentum in his bid for a record eighth world title.

*We updated our guide on 18 April 6:30pm (AEST) with the latest information on the F1 Imola Grand Prix including qualifying results.

You can see a comparison of Kayo vs Foxtel here. We also have insights on how to get Fox Sports without Foxtel.