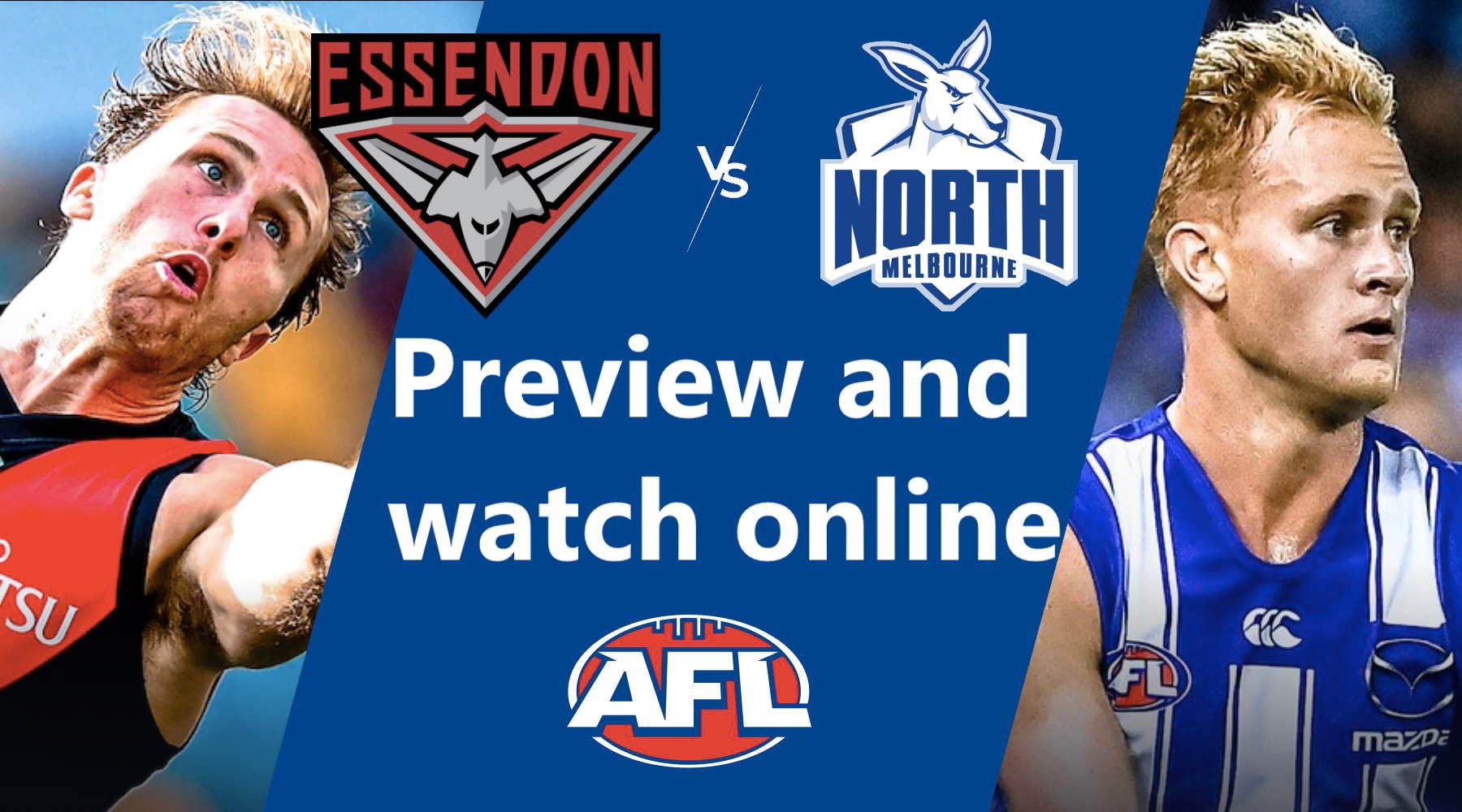 Off the back of their first win of the season, can the Kangaroos repeat and upset the Bombers?

SUMMARY: Bombers vs Kangaroos is exclusive to Fox Footy. If you have a Foxtel subscription you are all set. If not you can watch for free on Kayo Sports using this 14-day trial.

The Bombers (3-6 record) simply must win this game to have a genuine chance of playing finals. After the Roos, they take on top-four side West Coast in Perth and then premiers Richmond.

The monkey is off the back for the Kangaroos, who can no longer be labelled "winless". They showed plenty of ticker in their comeback victory against the Hawks last week. If they display the same attitude, they can feel quietly confident about upsetting the Bombers.

When is Essendon vs North Melbourne?

The Bombers play host to North from 4:40pm AEST on Sunday 23 May at Marvel Stadium.

How to watch Bombers vs Kangaroos live

Channel 7 and Foxtel share the rights to AFL matches in Australia. While Channel 7 shows a limited number of games per round, you can only get every game live on Foxtel iQ, Foxtel Now and Kayo Sports. That's also the case for this clash between Essendon and North Melbourne, it is not on free-to-air TV anywhere in Australia.

Kayo is the ideal streaming service for fans of a wide variety of sports. If you haven't tried it yet, Kayo offers a 14-day free trial. After the trial, subscriptions are $25 per month to watch on two screens or $35 per month for a third screen. It's all in our Kayo Sports review.

All up Kayo has more than 50 sports for you to choose from. There is loads of live NRL, NBA, Formula 1, MotoGP, A-League, UFC and so much more.

It also has a range of special features unique to Kayo Sports. There is SplitView, which lets you watch up to four sports at once on the same screen. Interactive Stats, No Spoilers, Kayo Minis and a Key Moments timeline are also available.

The big news surrounding Essendon this week has been star forward Jake Stringer reportedly demanding a four-year contract to stay at the club. Stringer's current deal expires at the end of next season. But he's out with a hamstring injury and won't be any help against the Kangaroos.

Stringer will be joined on the sidelines by forward Devon Smith, who suffered a hamstring injury in last week's victory over the Dockers.

North Melbourne are missing a bevy of injured stars, including Aidan Corr, Luke McDonald, Jared Polec, Jaidyn Stephenson and Robbie Tarrant. On the bright side, young gun Tarryn Thomas successfully challenged his one-match ban for rough conduct at the AFL Tribunal this week. He is free to play on Sunday.

The Kangaroos gave coach David Noble the perfect 54th birthday present with their drought-breaking win over the Hawks. However, we think they may crash back to earth this week against a Bombers side desperate to build momentum. 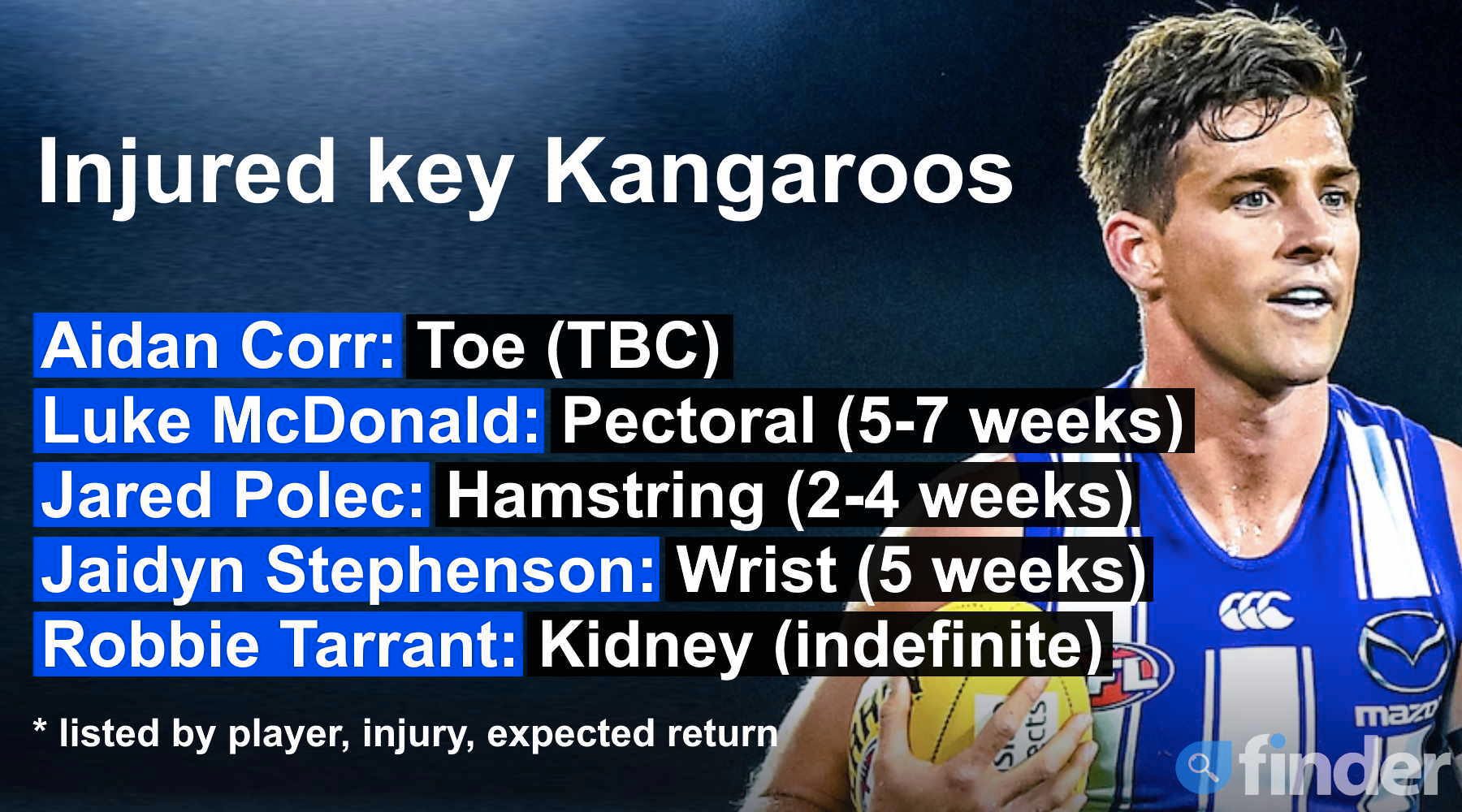