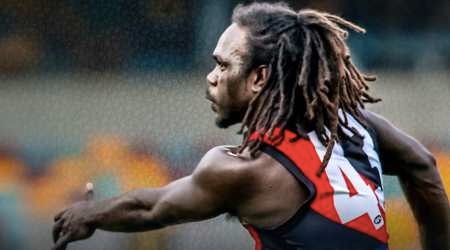 SUMMARY: Essendon vs Melbourne is live and exclusive to Fox Footy. So unless you're already an existing Foxtel customer, your best option is to watch live on Kayo Sports. You can watch for free using this 14-day trial. This also gets you access to over 50 other live sports.

Melbourne have been among the most difficult teams to get a proper reading on in 2020. Able to defeat teams like Collingwood, St Kilda and GWS, the Dees have also dropped matches to lowly Sydney and Fremantle, leaving them still battling for a postseason place.

For any chance of sneaking into the top eight, the ninth-placed club needs a strong win over Essendon and other results to go their way. The Bombers have also had a wretched year and will surely be intent on giving their supporters some optimism with a strong end to their campaign.

When is Essendon vs Melbourne?

The opening bounce is at 2:10pm AEST at Metricon Stadium on the Gold Coast on Saturday 19 September. This is part of the final round in the 2020 AFL draw.

How to watch Essendon vs Melbourne

Subscription services Foxtel iQ, Foxtel Now and Kayo Sports are your only options nationwide for this big showdown. It is exclusive to Fox Footy and won't be broadcast on free-to-air TV on Channel 7 anywhere. There is also Watch AFL if you are overseas.

We have a full guide to the AFL season here. For more information on streaming options, check out our comparison of Kayo vs Foxtel.

Our pick for the streaming option with the best payment model and special features is Kayo Sports. Kayo gives you a way to get Fox Sports without Foxtel and currently offers a 14-day free trial.

Once the trial has finished, you can sign up for a Basic subscription for $25 a month to watch on 2 screens or devices. There is also a Premium option for $35 a month that gives you a third screen. You can check it all out in our Kayo Sports review.

In terms of special features, SplitView lets you watch up to four sports at once on the same screen. That means you no longer have to weigh up which sport to watch when broadcasts clash. Interactive Stats keeps you right on top of the game, while No Spoilers, Key Moments and Kayo Minis are also options.

Who will win Essendon vs Melbourne?

This is the kind of match that will drive tipsters mad. The expectation would be that Melbourne have so much to play for, have had a better season than Essendon and surely will do enough to win. But that logic just hasn't stood up for a large chunk of Demons games in 2020.

The Bombers have been under the pump in recent weeks for a lack of progress under coach John Worsfold and could also be expected to show some kind of response. It's just about a 50-50 shot, but we'll reluctantly stick with the Dees in a narrow win.