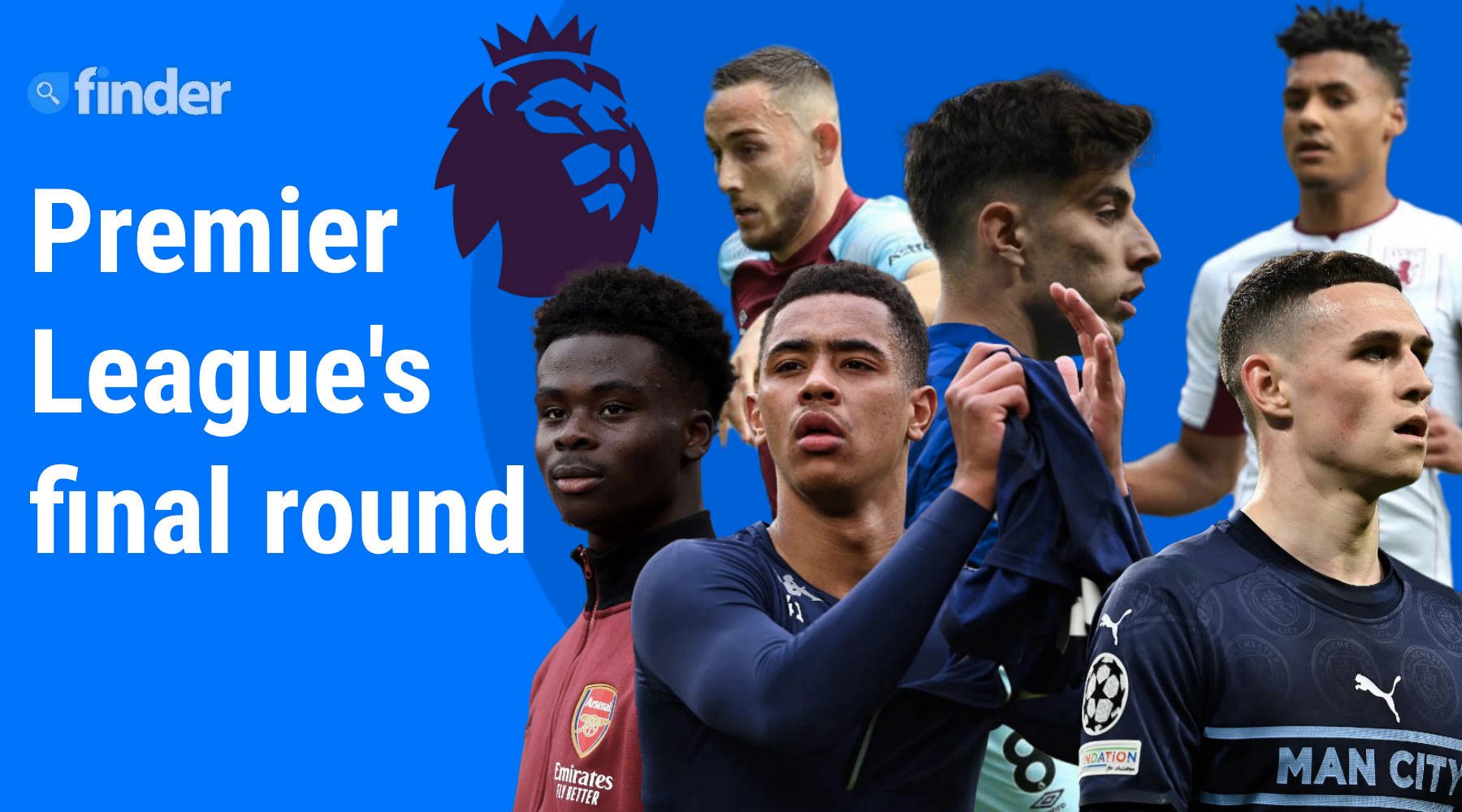 It's the final countdown with everything on the line as we reach the last day of the EPL with so many massive fixtures.

SUMMARY: The final day of the EPL season is only on Optus Sport in Australia. Select Optus mobile and Internet customers are eligible for a free account. Otherwise, there's no free trial and you'll have to sign up to Optus Sport for $14.99 a month.

A bumper final day is upon us in the EPL and it is set up beautifully. The title is up for grabs with Man City and Liverpool separated by just 1 point on the ladder.

Tottenham and Arsenal are battling for 4th and a place in the UEFA Champions League. Man United and West Ham are both chasing top 6 and with it a place in the Europa League, while the fight to avoid relegation is on at the bottom of the table between Leeds and Burnley.

How does the table stand before the final day?

What are the important EPL matches on the final day?

The matches in bold are ones that have significant consequences to the title, top 4, top 6 and relegation battles. As you can see, there is a lot of action still happening on the final day after a thrilling run home.

The key scenarios playing out are:

How to watch EPL's final round

The EPL is exclusive to Optus Sport in Australia. To watch any of these big matches in full you'll need to sign up to Optus Sport.

For more information about streaming the EPL you can read our guide here.

Optus Sport costs $14.99 a month, which you'll need to sign up for if you want to see any of the matches in full. Some Optus plans come with a free Optus Sport membership, so if you're already an Optus customer, you might already have access.

A monthly pass costs $14.99 and gets you all the latest league news, results, fixtures, highlights, press conferences and statistics via the Optus Sport website or mobile app. You can also save 22% with an annual subscription to Optus Sport.

Optus Sport comes with many features including spoiler protection where you can turn off the scores so you don't know the result ahead of a game. But considering the importance of this final round, it's something you may choose to keep on so you know how other teams are travelling compared to each other.

Even though the EPL is drawing to a close, you can still get your football fix via other leagues and matches on Optus Sport such as the remaining European World Cup qualifiers and the J League.

If you want to know more, we have a full review of Optus Sport.

Catch all the final day action via Goal Rush

If you don't want to watch a single game, Goal Rush might be the best option for you.

Goal Rush typically focuses on a feature match from the final day, but will also switch to other games when there's some action. That means you can catch every goal from every match in the one place, instead of having to switch between games and potentially miss some of the action.

In an Optus Sport first, Goal Rush will be available for free, meaning you won't have to pay a cent to see the exciting parts of the final EPL match day. Goal Rush gets underway from 11:30pm Sunday 22 May.