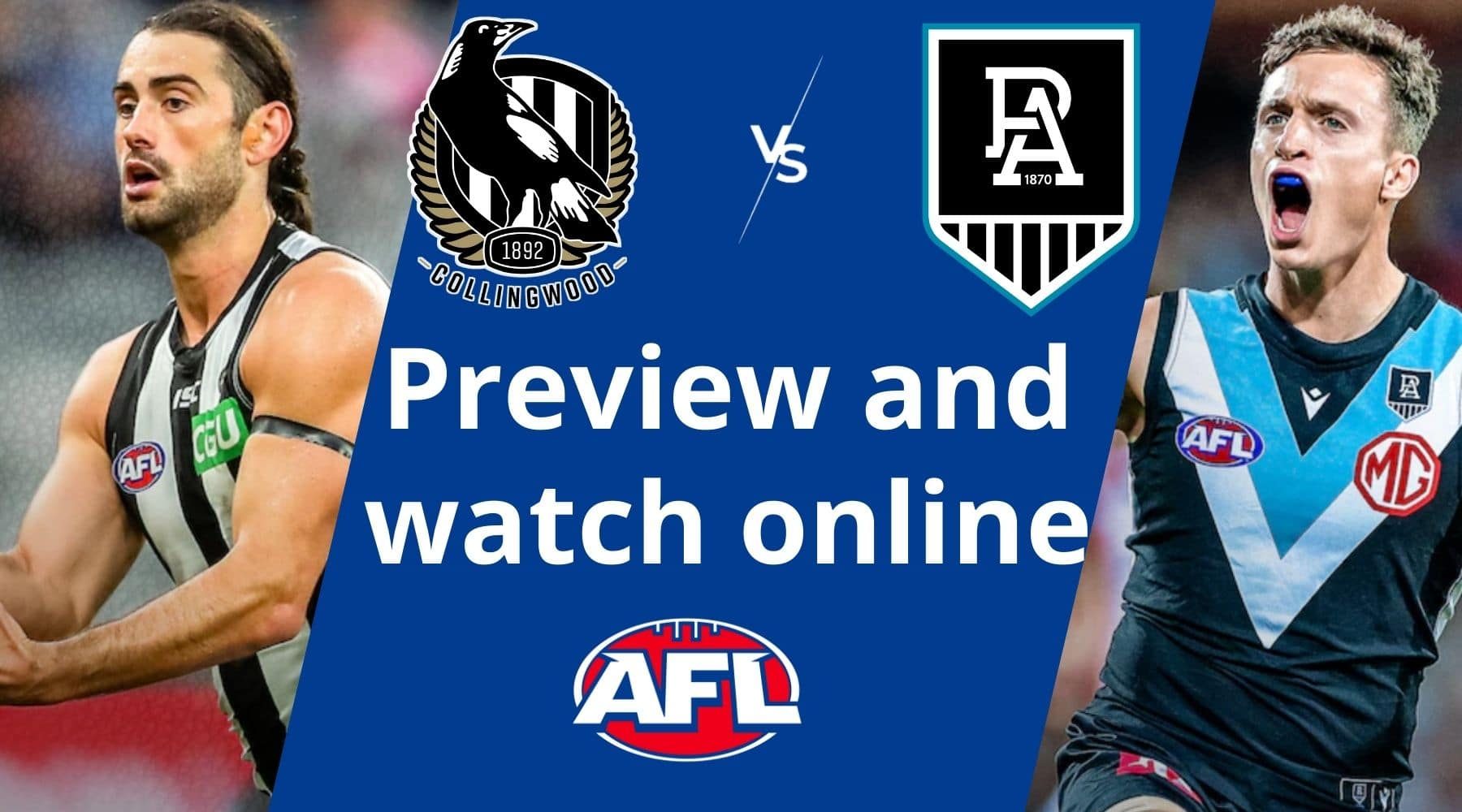 The struggling Magpies face one of their toughest challenges this season against the Power on Sunday.

SUMMARY: Magpies vs Power is being shown on Channel 7 and Fox Footy. It varies across the country, so check your local guides. You can watch watch for free on Kayo Sports using this 14-day trial.

Collingwood vs Port will have some extra spice this week as the debate rages over the "prison bar" jumper issue. The Pies are battling spot fires on several fronts, including injuries and off-field dramas. The heat will only intensify as three of their next four matches are against teams in the top five: Port, Geelong and the Demons.

The Power have won three of their past four games to climb to fifth on the ladder. With a kind draw ahead, featuring the Magpies, Dockers and Suns, Port are well placed to push for another top four spot.

When is Collingwood vs Port Adelaide?

How to watch Collingwood vs Port Adelaide live

Channel 7 shows a limited number of games each week and it can get a little confusing as it varies across the country. Collingwood vs Port can be seen on free-to-air TV in the Northern Territory, Tasmania, Victoria and South Australia. If you live anywhere else you will need access to Fox Footy.

To make life simpler, Foxtel iQ, Foxtel Now and Kayo Sports have every game live each week. With its free trial length, special features and range of sports, we think Kayo is the way to go.

Kayo offers a 14-day free trial for new users. After the trial, the subscription options are $25 per month to watch on 2 screens or $35 per month for a third screen. It's all in our Kayo Sports review.

Kayo also has a massive variety of sports for you to watch, more than 50 all up. Over the weekend you can watch the Monaco F1 Grand Prix, NRL, NBA playoffs and so much more on the platform, live or on demand if you are short on time.

It also boasts a range of special features to add to your viewing experience. SplitView lets you watch up to four sports at once on the same screen. Interactive Stats, No Spoilers and a Key Moments timeline are also available.

It has been another week of drama for the embattled Pies. They have been forced to deal with boardroom challenges and then big man Mason Cox was rushed to hospital after a nasty accident at training. The 211cm ruck-forward copped a blow to the neck in some friendly fire from a teammate on Wednesday.

Although Cox hasn't played at senior level for the past five matches, the accident typifies the problems that have plagued the club. On top of that, speculation continues about the future of coach Nathan Buckley. Port's 19-point loss to the Western Bulldogs last week again raised question marks over whether they are genuine premiership contenders.

Heading into round 10, they have lost 3 matches – the same number of defeats they suffered in the entire 2020 regular season. Defender Tom Clurey will also miss up to six weeks with a broken jaw.

The Power have a 1-3 record against top 8 opponents this season but it may be a bit harsh to label them flat-track bullies at this stage. We're tipping them to beat the Magpies by more than 15 points.