Collingwood's new era without Nathan Buckley begins with a winnable game against Fremantle at Marvel Stadium.

SUMMARY: Magpies vs Dockers is on Channel 7 in Western Australia. Everywhere else in the country it's only on Fox Footy. Unless you're a Foxtel customer, your best option is to watch live on Kayo Sports. You can watch for free using this 14-day trial.

Collingwood will be hoping to start life after Nathan Buckley with a win when they host Fremantle. The Pies farewelled Buckley, who coached the club for 218 games between 2012 and 2021 after 260 games as a player, with a win against Melbourne before their bye. Interim coach Robert Harvey is now in the hot seat.

Harvey comes up against former colleague Justin Longmuir, the pair sharing the Collingwood coaches box as assistants to Buckley in 2018 and 2019. In his second season in charge of the Dockers, Longmuir is overseeing a steady rise and his team is 1 game outside the 8 with 6 wins from 13 games.

When is Collingwood vs Fremantle?

The opening bounce is at 1:45pm AEDT at Marvel Stadium in Melbourne on Saturday 26 June.

How to watch Collingwood vs Fremantle live

As mentioned above this game is on free-to-air TV in Western Australia on Channel 7. If you live anywhere else in the country and want to see a new era begin for the Pies, you need access to either Foxtel iQ, Foxtel Now or Kayo Sports.

We have a full guide to watching the AFL season here. The fact that Kayo allows you to get Fox Sports without committing to Foxtel is part of the reason it's our choice for watching the footy.

You can watch Collingwood vs Fremantle for free using Kayo's 14-day free trial for new users. After the trial period, a Basic subscription is $25 a month to watch on 2 screens or $35 a month for a third screen. You can check it all out in our Kayo Sports review.

Kayo also has a wide range of special features to add to your viewing experience. SplitView lets you watch up to 4 sports at once on the same screen. Other features include Interactive Stats, No Spoilers, Key Moments and more. In total Kayo broadcasts more than 50 sports, so there is something for every taste.

Harvey played 383 games for St Kilda between 1988 and 2008 in a career among the greatest in AFL history. A goal-kicking midfielder, he won 4 Club Champion awards and back-to-back Brownlow Medals in 1997 and 1998. 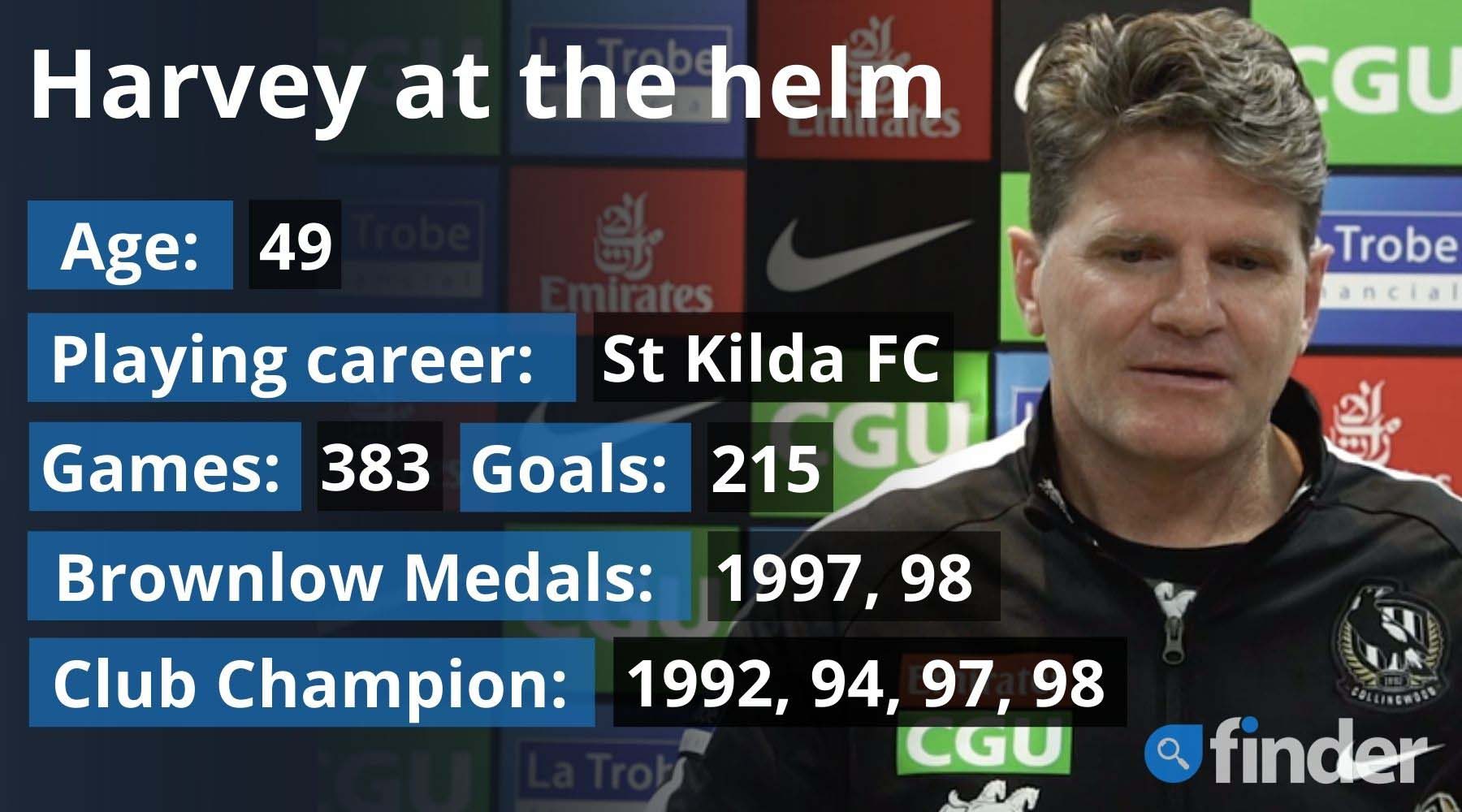 He has worked as an assistant coach since his retirement as a player, serving Carlton, St Kilda and the Pies, where he has been since 2012. He was named the AFL Coaches Association's Assistant Coach of the Year in 2013.

Who will win Collingwood vs Fremantle?

If their last outing is anything to go by, the Pies are back. Magpies fans were left wondering where the passion and excitement had been all season as they watched their side beat top-of-the-table Melbourne at the SCG.

The Pies are strengthened with the returns of stars Brodie Grundy and Taylor Adams, as well as forward Mason Cox. New coach Harvey will want to impress in his first crack at senior coaching.

Fremantle are yet to score 100 points in a game this season – bottom team North Melbourne are the only other team not to reach the mark – and are 0-2 at Marvel Stadium this season. On the road, the Dockers are 1-5 in 2021.

Nathan Fyfe returns for Fremantle, who defeated Collingwood last time the teams played. We don't think that will happen this time. We're tipping the Pies by 17 points.