Chelsea vs Manchester City FA Cup semi-final: Start time and how to watch in Australia

Man City will be hoping to stay on track for an unprecedented "quadruple" when they take on rivals Chelsea in the FA Cup semi-finals.

SUMMARY: Chelsea vs Manchester City is exclusive to ESPN. If you're already an existing Foxtel or Fetch customer, you're all set. If not, your best option is to watch on Kayo Sports. You can watch for no cost using this 14-day free trial.

Chelsea will be vying to reach the FA Cup final for a 15th time on Sunday morning. Only Arsenal (21) and Manchester United (20) have advanced to the cup decider more often. The Blues will be looking to bounce back from their midweek 1-0 loss to Porto in Seville in the second leg of their Champions League quarter-final, although they still advanced to the semis on aggregate.

Manchester City have also reached the Champions League semi-finals, downing Borussia Dortmund 2-1 on Thursday for a 4-2 aggregate win in their quarter-final tie. It keeps the dream alive that Pep Guardiola's team can secure a historic quadruple – the Premier League, Champions League, FA Cup and League Cup in the same season.

When is Chelsea vs Man City FA Cup semi-final?

The iconic Wembley Stadium will host this match, starting at 2:30am AEST on Sunday 18 April.

The FA Cup is exclusive to ESPN in Australia. That gives you a range of options for catching this match, including Kayo Sports, Foxtel Now, Foxtel iQ and Fetch TV. You can see a breakdown of all the details in our guide on watching the FA Cup.

Kayo Sports has a 14-day free trial for new users. So the semi-finals of this famous competition could be the ideal time to test it out.

All up, Kayo has access to more than 50 sports and we have put together a full review of the service for you. On Sunday you could settle in for AFL, NRL, NBA, Formula 1, UFC – the choice is yours on Kayo Sports.

Subscriptions for Kayo Sports are $25 per month for the Basic option, where you can watch games on two screens or devices. The Premium option is $10 more per month and gives you three screens.

Who will win Chelsea vs Man City FA Cup semi-final?

The stats indicate this will be close, with Chelsea slightly ahead 17-16 (4 draws) in their match-ups with City across all competitions since 2005. However, Manchester City have won six of their past nine meetings against the Blues, including a 3-1 victory at Stamford Bridge this season in the Premier League. 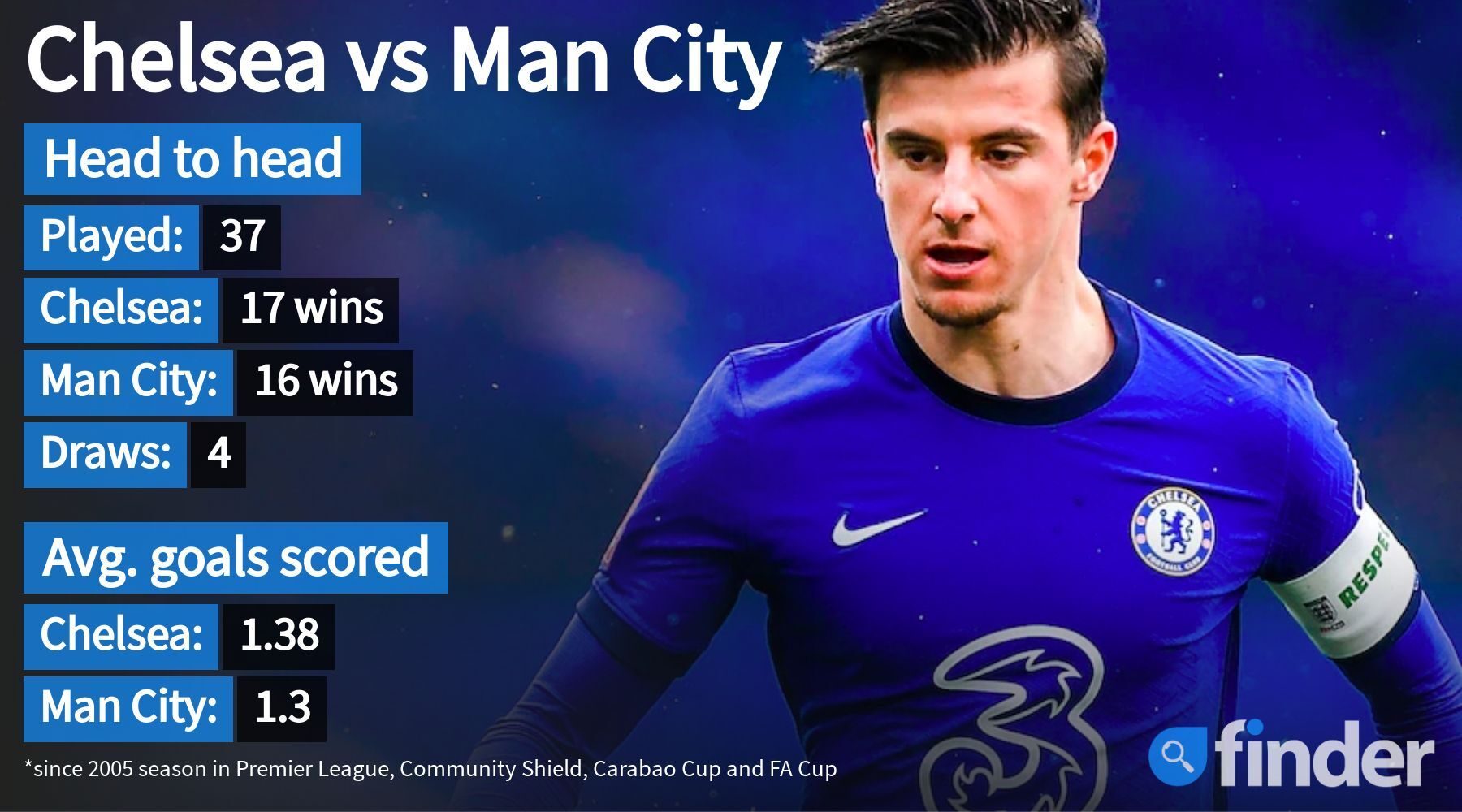 In other bad news for Chelsea fans, the Blues have lost four of their last five FA Cup ties against the Citizens. Also, Man City are undefeated from three matches against the Blues at the new Wembley Stadium. With all of those numbers in mind, we'll tip City to triumph 3-1.