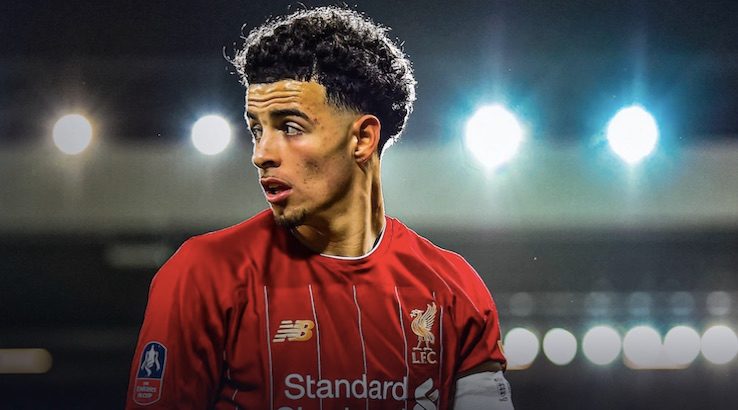 SUMMARY: ESPN hold exclusive rights to the FA Cup in Australia, which means your best way to watch live is through Kayo Sports. You can watch Chelsea vs Liverpool for free using this 14-day trial.

English giants Chelsea and Liverpool meet in a heavyweight fifth round FA Cup clash. Who will march on to the quarter-finals?

Chelsea are having a solid if unspectacular season under first-year manager Frank Lampard. Sitting fourth in the Premier League at the time of writing, reaching the round of 16 in the Champions League and on the cusp of the FA Cup quarter-finals is a reasonable return for a rebuilding club.

The Blues host a Liverpool side that has been nominated EPL champions-elect for some weeks after opening a commanding lead at the top of the table. The Reds did suffer their first league defeat against Watford last round, but still enjoy an immense 22-point lead right now.

The interest here will be on the line-ups the two managers select. Lampard will likely pick a fairly strong team to appease the home support. Counterpart Jurgen Klopp has used a host of reserve players in the competition to date, but is tipped to add a sprinkling of first-team regulars for this match.

When is Chelsea vs Liverpool FA Cup fifth round?

Kick-off is 6:45am AEDT on Wednesday 4 March at Chelsea's Stamford Bridge.

ESPN is the rights holder of the 2019/20 FA Cup in Australia. That means Kayo Sports, Foxtel iQ and Foxtel Now are your options for this blockbuster fifth round match. Fetch TV also has some games, including Chelsea vs Liverpool.

We have a comprehensive guide to the 2019/20 FA Cup for you so you can check out all the information in detail. Instead here we'll run you through your best option, unless you're an existing customer of those services.

Football is 1 of more than 50 sports Kayo has on offer and it has it by the bucketload. La Liga, Serie A, Bundesliga, A-League, Ligue 1 and the dedicated channels of Liverpool TV and Arsenal TV are just some of the round-ball options for you.

If you are yet to explore all that Kayo Sports has on offer, it has a 14-day free trial so you can give it all a test run. After that, a Basic subscription costs $25/month and you can watch your favourite sport on 2 screens or devices. The Premium option is $10 more per month and gives you 3 screens. With Kayo there are no lock-in contracts and you can cancel at any time.

We have put together a full review of the service for you. It also has a number of special features, such as Kayo Minis, SplitView, Interactive Stats and a Key Moments Timeline.

Who will win Chelsea vs Liverpool FA Cup fifth round?

This is a very tight match to call. With Liverpool already virtually guaranteed of the Premier League title, how do they approach the FA Cup? There is speculation players like leading striker Mohamed Salah could be added to a youthful line-up to help give them an edge.

Chelsea have a poor recent home record against Liverpool, including a 2-1 league defeat back in September. But Lampard can underline his emergence as a manager with the big scalp of the season's dominant side to date.

With replays gone from the fifth round of the FA Cup onwards, we'll settle for a Blues victory in an extra-time thriller.

Western United will be keen to atone for their first up defeat when they host the dangerous Perth Glory.

Liverpool host Arsenal in a fight for the top 4 in the Premier League this Sunday.

Newcastle host to Brentford in the Premier League.

Leicester City are scrambling to stay in touch with the top 6 and they will be in desperate need of points when they face league leaders Chelsea on Saturday.