Carlton have the chance to claim back-to-back wins over Geelong for the first time since 2010 at the MCG in round 17.

SUMMARY: Blues vs Cats is exclusive to Fox Footy, there is no free-to-air coverage. Unless you're already a Foxtel customer, your best option is to watch live on Kayo Sports. You can watch for free using this 14-day trial.

The faint scent of finals football is lurking around Carlton after the Blues moved to within 6 points of the top 8 in defeating Fremantle at the MCG last round. After accounting for Adelaide the previous week, the Blues have the chance to make it 3 wins in a row for the first time in almost 2 full seasons when they host fifth-placed Geelong at the MCG this week.

The Cats got back to their winning ways last week, stomping all over Essendon despite giving the Dons a 4-goal head start at GMHBA Stadium. The win came at a cost, with star forward Jeremy Cameron set to spend an extended time on the sidelines after suffering his third hamstring injury for the year.

When is Carlton vs Geelong?

The opening bounce is at 4:35pm AEST at the Melbourne Cricket Ground on Saturday 10 July.

How to watch Carlton vs Geelong

Channel 7 and Foxtel share the rights to AFL matches in Australia and the broadcasts vary across the country. As mentioned above Carlton vs Geelong is not on free-to-air TV. You need access to either Foxtel iQ, Foxtel Now or Kayo Sports for this all-Victorian showdown.

We have a full guide to watching the AFL season here. Kayo Sports allows you to get Fox Sports without committing to Foxtel, among the reasons it is our pick of the bunch.

You can watch Carlton vs Geelong for free using Kayo's 14-day free trial for new users. After the trial period, a Basic subscription is $25 a month to watch on 2 screens or $35 a month for a third screen. You can check it all out in our Kayo Sports review.

In total Kayo broadcasts more than 50 sports. This weekend, NRL, V8 Supercars, the NBA playoffs and more are all live on the platform. 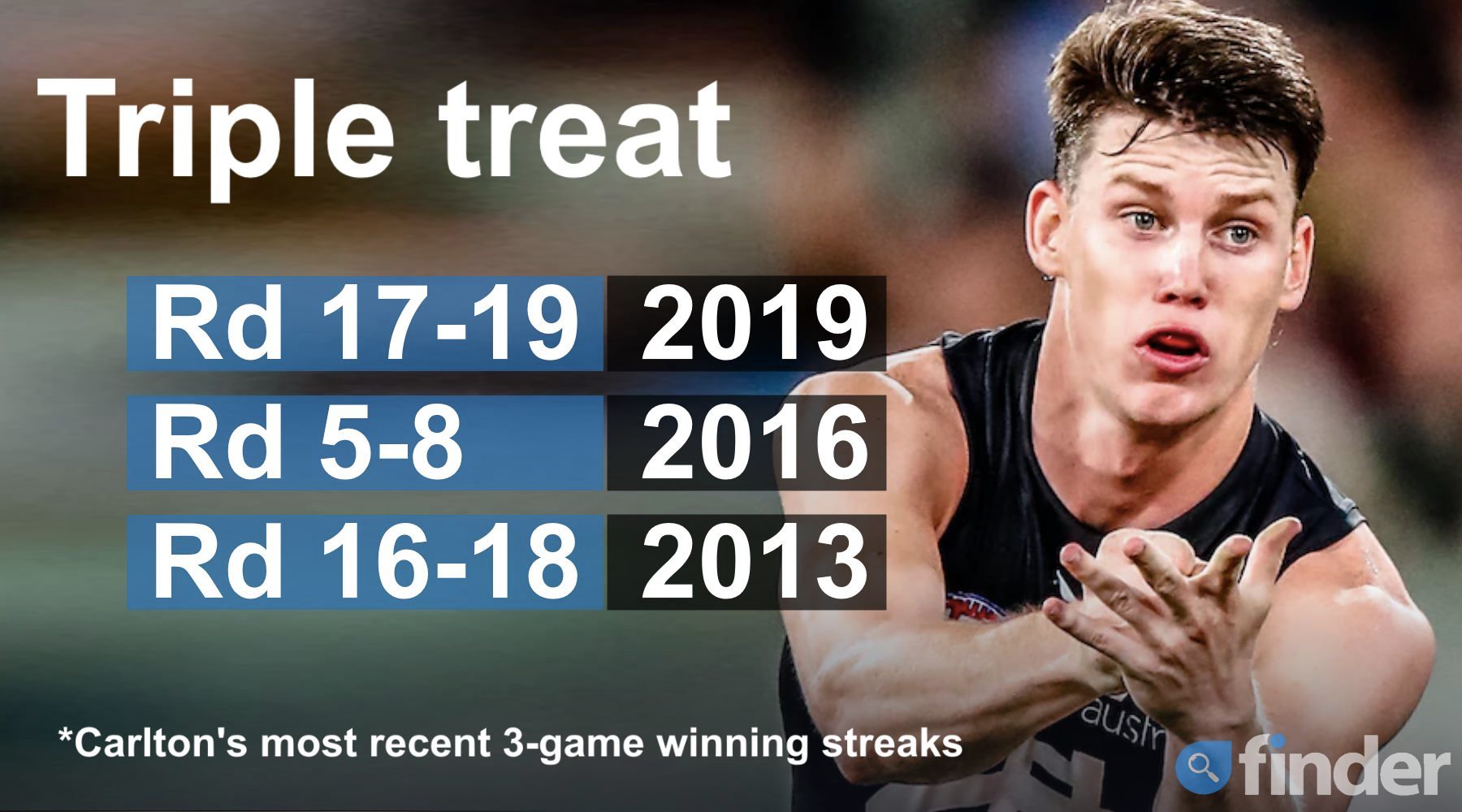 Carlton have injury worries too, with skipper Patrick Cripps a chance to miss facing the Cats after hurting his ankle against Fremantle last week. Cripps' absence would leave a young Blues midfield the daunting task of trying to quell Geelong's dynamic midfield.

Geelong look better prepared to handle the loss of Cameron than they did when their star recruit missed the first 5 games of the season, again due to a hamstring injury. The Cats went 3-2 over that period but looked scratchy until Cameron's return in round 6.

Carlton shocked everyone when they defeated Geelong at The Cattery when the teams last met back in round 3, 2020. The Blues led by 42 points at one stage before a Geelong comeback was nullified thanks to some Eddie Betts heroics late in the last quarter, sealing a surprise 2-point win for the Blues.

That won't be the case this time. It'll be Geelong by 35 points.