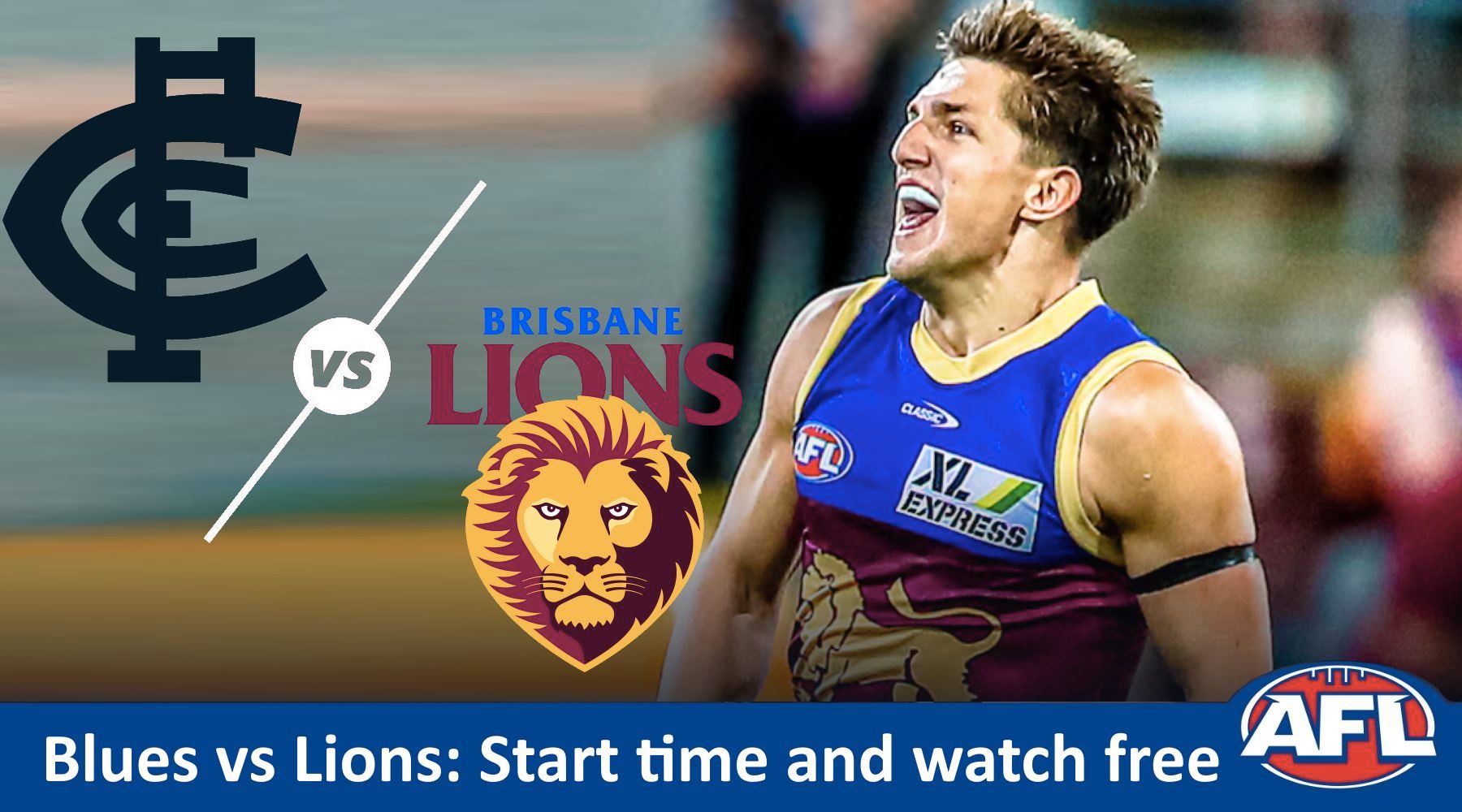 With a tough month coming up, the Blues will be desperate to beat the Lions in Saturday's twilight game.

SUMMARY: Blues vs Lions is on 7mate in QLD and exclusive to Fox Sports elsewhere. If you've got a Foxtel subscription you're good to go. If you don't we recommend Kayo Sports. You can watch every AFL game live and 50 other sports with this 14-day trial.

After losing 3 of their first 4 matches, the Lions found some form with a 27-point victory over the Bombers at a soaked Gabba. Carlton come in tied with Brisbane on the ladder, but have defeated weaker opponents than the Lions.

Carlton vs Brisbane will be a great gauge to see where the two sides are really at. A Lions loss likely heaps pressure on them and leaves them chasing the top four all year. A Carlton loss and an eight year finals drought seems inevitable.

When is Carlton vs Brisbane?

The Lions travel to Marvel Stadium on Saturday 24 April to take on the Blues from 4:35pm AEST.

How to watch Carlton vs Brisbane Lions

Non Queensland based Carlton fans can consider themselves unlucky this week. The Blues game is only on Channel 7 in Queensland. Channel 7 is broadcasting no more than 4 games into any state this weekend.

That means you'll see less than 50% of the round unless you can access Fox Footy. The Fox Sports channel is available on Foxtel iQ, Foxtel Now and Kayo Sports.

To see what games are on in your state this week see our 2021 AFL draw.

After the trial period, a Basic subscription is $25/month and you can watch on 2 simultaneous screens. There is also a Premium option for $35/month and a third screen.

Other than the Fox Sports content Kayo also has access to two ESPN and three beIN channels. That means you can watch all the American sports like MLB and NBA. Or big European soccer leagues like La Liga, Bundesliga and Serie A.

So as you can see other than every AFL game live and ad-free there's a lot on offer. You can see for yourself with Kayo's 14-day free trial.

It's compatible with Macs and PCs, plus iOS and Android devices, Chromecast, Apple TV, Android TV, Telstra TV, Sony Bravia TV and Samsung TV (2017 or later). If you don't think the service sounds right for you, see the full list of AFL streaming options here.

A few years ago both Carlton and the Lions were mired deep down the bottom half of the AFL ladder. In the past two years the Lions have climbed to the penthouse view while the Blues are still stuck in mediocrity. Once again, Carlton has failed to live up to expectations.

Carlton has lost four of its past five matches against the Lions. With Brownlow medallist Lachie Neale almost back to his best following a slow start to the season, we're tipping the Lions to win this convincingly.

Neale has been struggling with a back injury but last week he racked up 38 touches and kicked two goals in the victory over Essendon. The return of Dan McStay to the side has been a bonus.

The Blues have been slammed for their lack of defensive pressure and creative flair. They are being outplayed in every facet of the game. Lions by 32 points.

You can see a comparison of Kayo vs Foxtel here. Heard of free Kayo? See our guide to see content is on Kayo freebies.