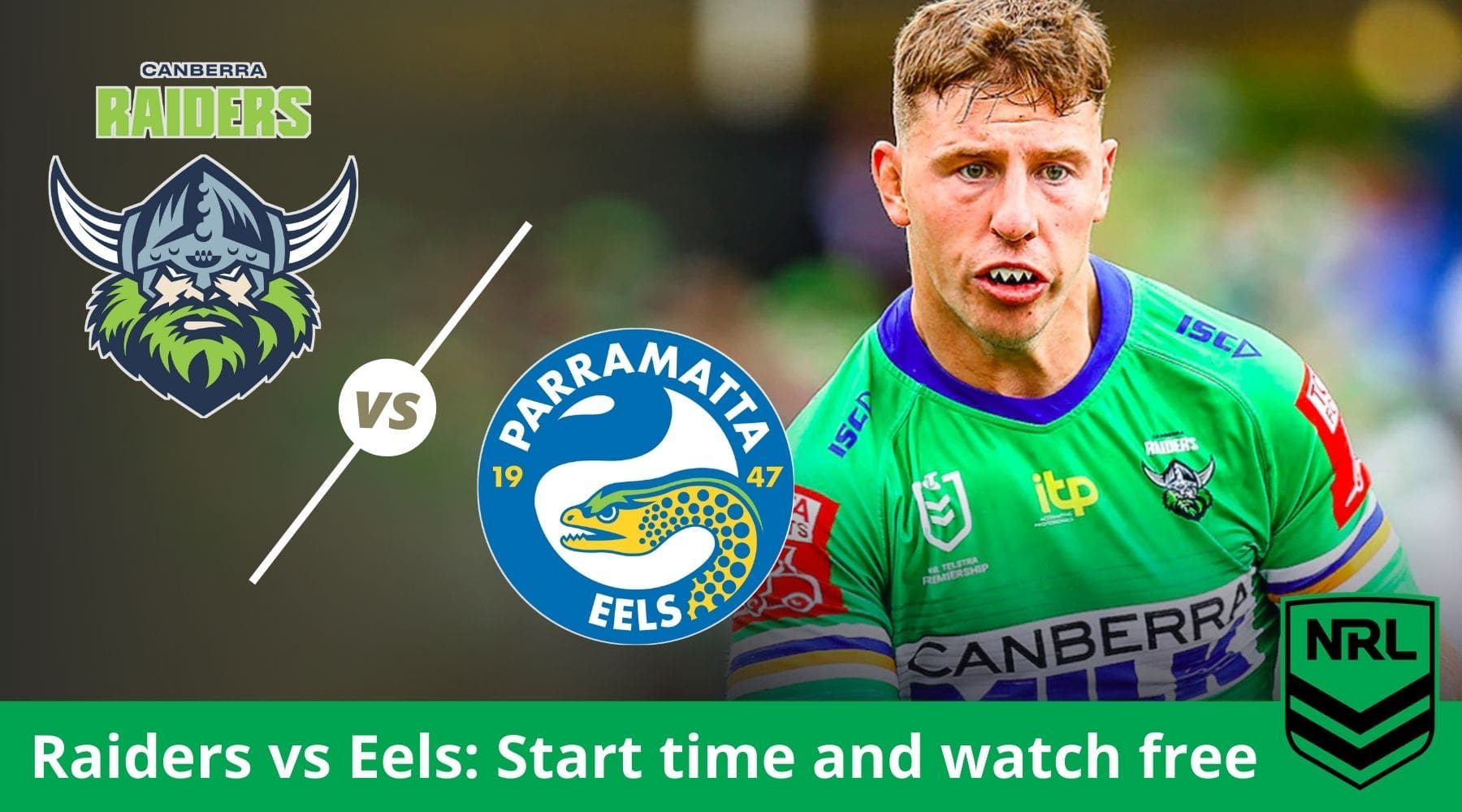 Raiders vs Eels features sides looking to bounce back quickly from heavy defeats.

SUMMARY: Raiders vs Eels is exclusive to Fox Sports. Your best option is to watch live on Kayo unless you've already got a Fox Sports subscription. You can watch for free with this 14-day trial.

Raiders vs Eels is a match-up of teams aiming to quickly overturn heavy losses last time out. Although we're only heading into the sixth round of the season, the winner of Raiders vs Eels could very well determine if either club can make the top four.

Neither the Raiders nor Eels have looked better than the Panthers, Roosters and Souths who are the current top three. The sixth-placed Storm have also played themselves into cracking form in the last fortnight, albeit against two bottom sides.

Canberra vs Parramatta rounds out Saturday night's NRL draw with kick-off at 7:35pm AEST at GIO Stadium in Canberra.

How to watch Raiders vs Eels live and free

As mentioned at the opening of this article Raiders vs Eels is exclusive to Fox League. That leaves you three options: Foxtel, Foxtel Now and Kayo Sports. Of that trio Kayo is the superior product and best value as it's the only way to get Fox Sports without Foxtel.

Despite being the equal competition leader for free-to-air market share, Parramatta will alternate between Channel 9 and Fox League each week until round 13. Only 2 of the Raiders' next 11 matches will be on Channel 9.

So supporters of either club should try out the 14-day free trial or look for a Kayo voucher code. You can stream over 50 sports on Kayo including the AFL, NBA and IPL.

Kayo is full of handy features like a Key Moments Timeline, Minis and Interactive Stats. One of the most underrated features is the ability to watch live or from the start. Other streaming services typically only let you jump back to when you began watching or watch from the start after an event is complete.

Last week it was clear for both clubs that despite having a great forward pack, unless you can regularly score points your defence can only take so much pressure before it cracks.

Neither the Raiders nor Eels seem to have figured out how to best incorporate their star halves Jack Wighton and Mitch Moses. According to Fox Sports lab the two sides are equal third in the competition having been tackled within 20 metres of the opposition try line 163 times each.

Yet neither side is converting field possession into four pointers. The Eels have scored a total of 21 tries and the Raiders 17. That translates to the Eels being 10th and the Raiders 13th in the red zone. It's doubtful that either can compete for a premiership attacking like that. 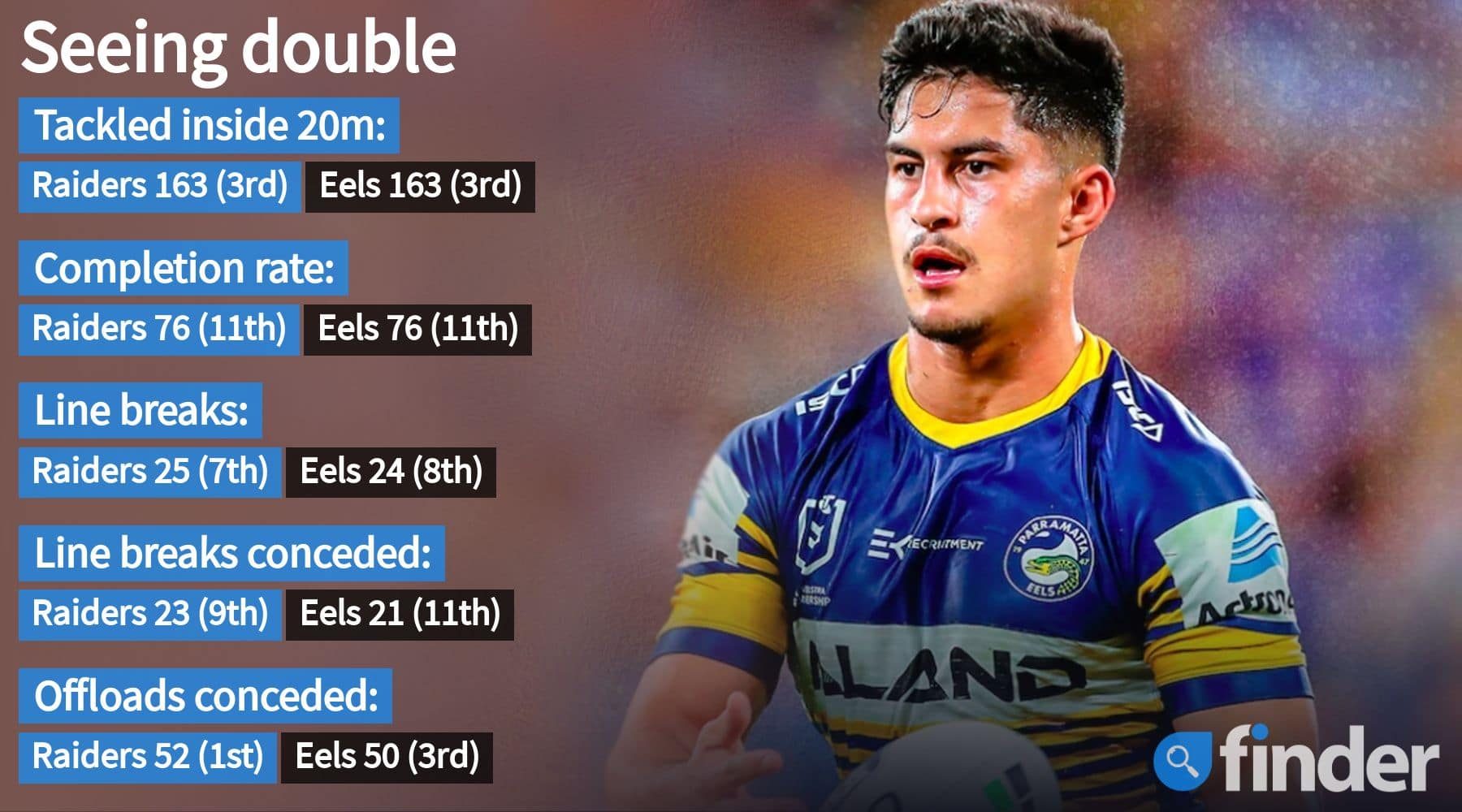 Over the off-season, Parra switched Moses to the right side of the field to try to invigorate their attack. It's hard to say that it has paid off so far.

Yes, the loss to the Dragons was the only match they've dropped this season. But other than a round two victory over the Storm, the Eels have had a fairly soft run which in our opinion has masked a middling attack.

For the Green Machine the return of hooker Josh Hodgson – who missed the second half of last season through injury – seems to have taken away Wighton's 2020 Dally M form.

So far in five games Wighton has scored two tries, but is yet to register a try assist. When he was crowned player of the year last season he amassed 8 try assists and 13 tries from 22 games.

If the Raiders can work on getting Wighton some cleaner ball from the ruck expect his numbers to increase. He's one of the best ball-running halves in the league using his brute strength and acceleration to create something out of nothing.

With Dylan Brown suspended this week we're expecting the cold trip down to Canberra to be too big a task for Moses and co. Raiders coach Ricky Stuart saw first hand what two creative halves could do in attack against Penrith. Stuart may finally tweak the attack to get Wighton firing. Raiders 22-12.

Want more information on watching NRL? You can see a breakdown of your TV and streaming options in our NRL viewing guide. Otherwise if you aren't sure which service is best for you, you can compare Foxtel and Kayo here.