How to watch Brisbane Heat vs Melbourne Renegades WBBL semi-final 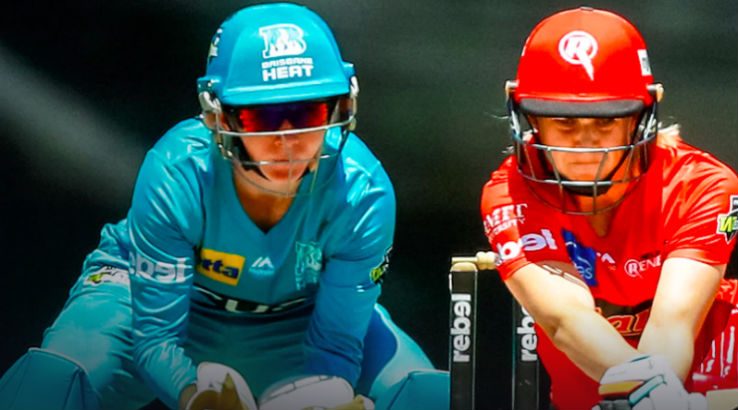 Every ball will matter when the women from the Brisbane Heat and Melbourne Renegades play in the WBBL semi-final.

Following in the footsteps of the first semi-final between the Adelaide Strikers and Perth Scorchers, defending champions Brisbane Heat will stare down the Melbourne Renegades in a bid to earn the second place in Sunday's decider.

The Heat started the season with a bang, thrashing three-time WBBL champions the Sydney Sixers by a whopping 92 runs at North Sydney Oval in their opening fixture.

They lost three of their next four games before roaring to life with a seven-game winning streak and eight victories from their final nine matches to secure top spot and home ground advantage throughout the finals.

The Renegades ended their regular season campaign with a vital three-game winning streak that ensured they sneaked into the finals in fourth spot.

It is only the Renegades' second semi-final appearance in the WBBL's five-year history and they face a Heat side determined to defend their crown.

When is the WBBL semi-final Brisbane Heat vs Melbourne Renegades?

How to watch WBBL semi-final Brisbane Heat vs Melbourne Renegades

Just as with the earlier semi-final, 7mate is showing the second game on free-to-air television. Kayo Sports and Foxtel are also showing the match. If you have a Foxtel subscription, you can watch it on Fox Cricket in high definition, on channel 255.

The coverage of the second WBBL semi-final begins at 2:30pm AEDT on 7mate. Over on Fox Cricket and Kayo Sports, there's a 20-minute review of the season to date starting at 2:20pm AEDT before the action gets underway.

As mentioned, 7mate is the option for free-to-air coverage, but it doesn't offer HD. The coverage will flow through from the earlier semi-final, scheduled to begin the broadcast at 2:30pm AEDT.

There is a broadcast agreement from Channel 7 that means it isn't permitted to stream the game on 7plus.

To see if Kayo Sports has all your needs covered, it offers a 14-day free trial of the platform. With Kayo, you can watch all of the WBBL finals, plus the BBL, Marsh One-Day Cup, every Australian Test match and every Australian ODI live.

The platform can be watched on iOS and Android devices, Macs, laptops, PCs, Apple TV, Chromecast, Telstra TV and Android TV. For more information see our full Kayo review. You can also take a look at Kayo's 50 other sports on offer.

In terms of costs if you decide to sign up, a Basic Kayo Sports subscription is $25/month and supports two simultaneous streams. There is also a Premium subscription for $35/month which lets you stream on three screens at once.

With Kayo there are no contracts, so you can cancel your subscription at any time.

If you are an existing Foxtel subscriber but don't have the Sports HD pack, you can add it for an additional $25/month. For new customers, a minimum cost of $74 will be charged monthly, as you also need to have the Foxtel Plus pack.

You can also speak to Foxtel about any deals it may have running, while Foxtel customers are eligible for both the loyalty program and access to Foxtel GO.

Foxtel is currently the only broadcaster which has access to live 4K television in Australia.

Foxtel also offers a digital streaming service, Foxtel Now. Once again, you can't just have the Sport pack for $29/month, it needs to be bundled with the Essentials pack for $25/month, taking the cost to $54.

This could be suitable if you are seeking more than just sports programs, but it is more than double the price of Kayo Sports. All subscribers will also get access to Foxtel GO.

Who will win the Brisbane Heat vs Melbourne Renegades WBBL semi-final?

Right, you've got all the broadcast and team information you need. So now the all-important question – who wins it?

Common sense would suggest the hometown Brisbane Heat will take another step towards defending their title by overcoming the fourth-placed Renegades.

But a closer look at results shows the Melbourne outfit have won 5 of their past 7 matches against the Queenslanders, including a 6-wicket triumph on 27 November when they chased down the Heat's 4-183 with an over to spare.

Both teams are in form and this could be set for a high-scoring thriller. We're leaning just a little towards the home side.

The full available playing lists for both teams are listed below.