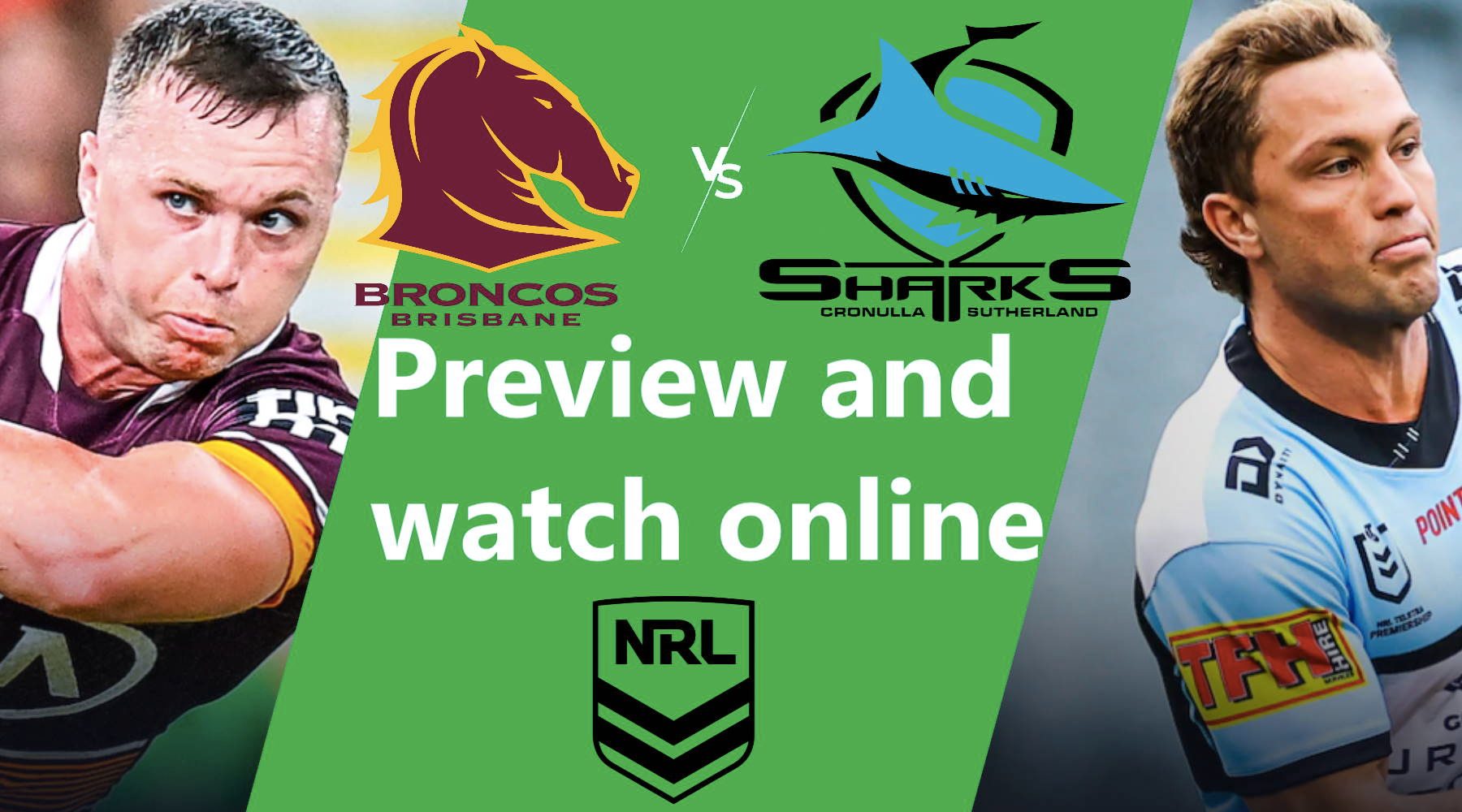 The Sharks head to Brisbane to face the last-placed Broncos hoping to make it 5 wins in a row.

SUMMARY: Broncos vs Sharks is exclusive to Fox League. If you're an existing Foxtel customer you're all set, otherwise your best option is to watch via Kayo Sports. You can watch for free using this 14-day trial.

Winning 4 in a row has thrust Cronulla into the top 8 and made the Sharks a real chance to play finals. For their opponents this week, the Brisbane Broncos, it's a very different story.

The Broncs have lost their last 4 and were embarrassed by Souths 46-0 at Suncorp Stadium last outing. In his first year at the helm, the future of coach Kevin Walters is already reportedly under threat.

When is Brisbane vs Cronulla?

This match kicks off at 2pm AEST on Sunday 4 July at Suncorp Stadium in Brisbane.

How to watch Broncos vs Sharks live

Kayo Sports, Foxtel iQ and Foxtel Now are your only options for watching Broncos vs Sharks. There is no free-to-air coverage. Considering its price, free trial and accessibility, we think Kayo is the way to go. You can see further details in our comparison of Kayo vs Foxtel.

Only 4 of Brisbane's 9 remaining matches are on Channel 9, the rest are only on subscription services. The Sharks have 10 matches left and again, only 4 are on free-to-air TV. That means fans of either team should strongly consider signing up to Kayo to get every game of every round live and see how their side ends the season.

All up, Kayo has more than 50 sports for you to choose from. For example this weekend you can watch live AFL, Formula 1, the Stanley Cup Finals and much more.

New customers to Kayo get a 14-day free trial to test it all out. After that, Kayo costs $25 a month and you can watch the action on 2 screens or devices at once. There is also a premium option for $35 a month which gives you an extra screen. You can check it all out in our Kayo Sports review.

Unlike other broadcasters, Kayo has a wide range of special features. They include SplitView, which lets you watch 4 sports at once on the same screen. Interactive Stats, No Spoilers, Key Moments and choose your own camera are also options. 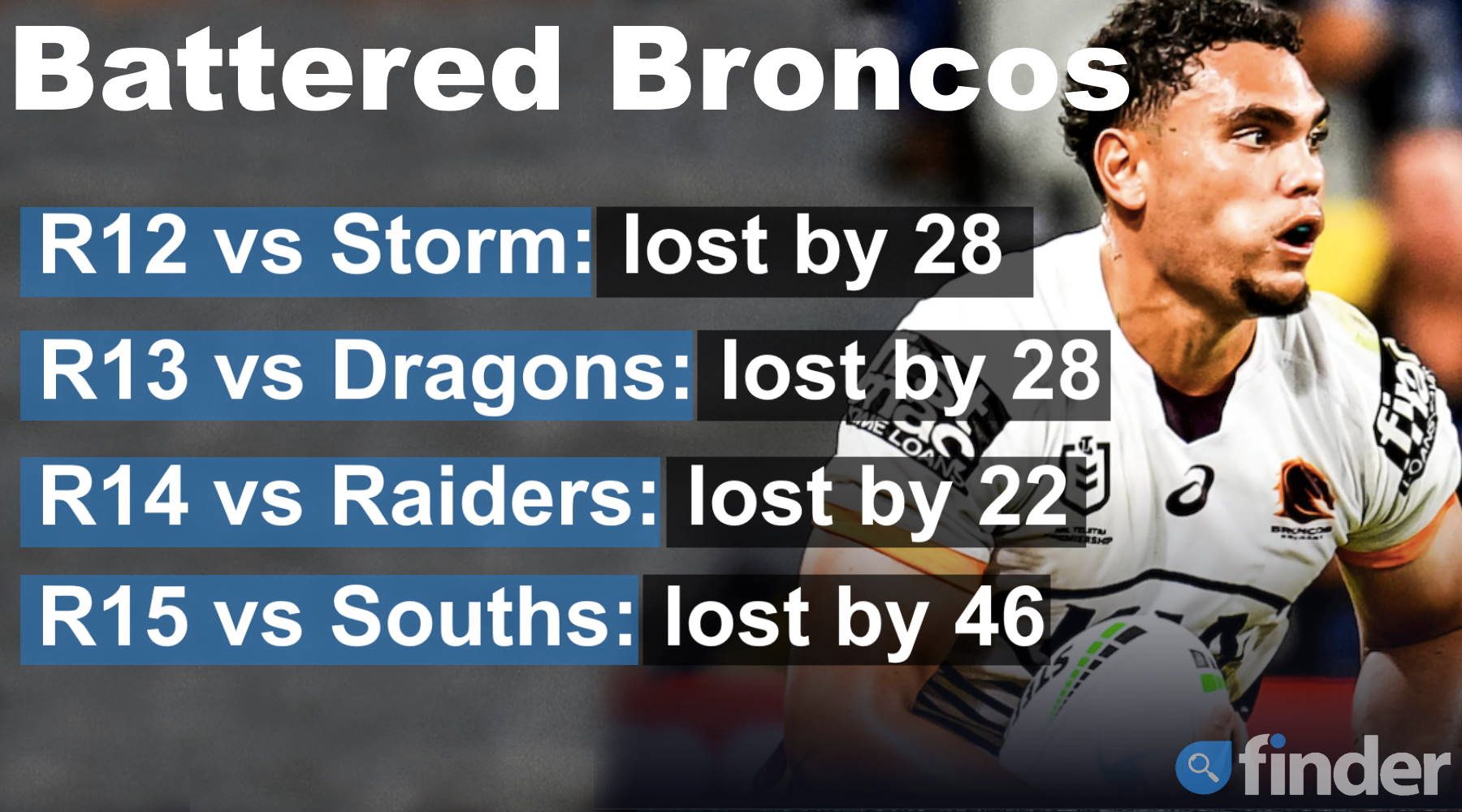 In their last meeting, the Sharks beat Brisbane by 10 points at Suncorp back in round 12 last season. That ended a 6-game losing streak against the Broncos that stretched back to 2017.

Cut to now and the Sharks are on some run. Included in their 4 straight wins was an impressive 19-18 victory over then ladder-leaders Penrith before upsetting the Cowboys in Townsville last outing.

Nothing quells disharmony quite like winning and that's exactly what Walters and the Broncos will be hoping for on Sunday. Walters looks to be under immense pressure to keep his job, despite being in his first season in charge.

But with their last 4 losses coming at an average of 31 points, the worst defensive record and second lowest points for record in the NRL – not to mention off-field issues as long as your arm – the Broncos need a miracle and a sudden loss of form from Cronulla if they're to be any hope. We can't see it.

You can see a comparison of Kayo vs Foxtel here. Want more information on sports streaming? You can see our full 2021 NRL season draw here..