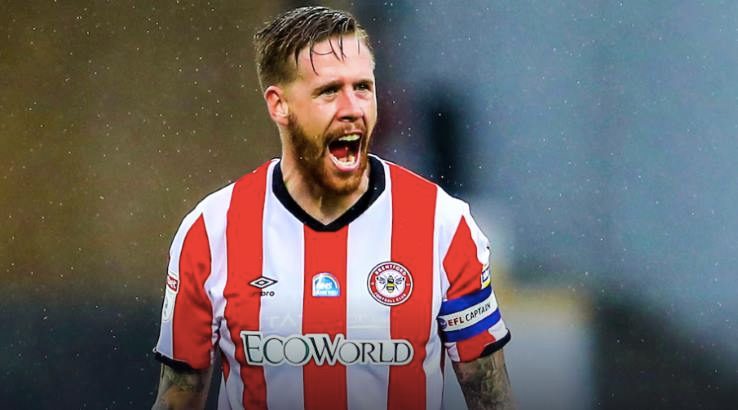 The EFL Championship play-off final is here, with Brentford taking on Fulham for a place in the Premier League. This is how to watch football's richest game.

There is one spot left in the 2020/21 English Premier League season. Brentford and Fulham will battle it out in a winner-takes-all clash at Wembley. It's known as "the richest game in football" due to the enormous financial benefits from being in England's top flight. Promoted teams earn an estimated £170 million from broadcast rights and other payments.

A late-season collapse cost Brentford a shot at automatic promotion. Those spots were taken by Leeds United and West Bromwich Albion. Now the Bees have one more chance to reach the highest level in the English game, a drought that stretches back to 1946/47.

Fellow Londoners Fulham enjoyed a long stretch in the EPL, from the 2001/02 season all the way through to 2013/14. They have had one more season in the top flight since then in 2018/19 and are hoping to bounce back at the first attempt.

When is Brentford vs Fulham EFL Championship play-off final?

This huge clash kicks off at 4:45am AEST on Wednesday 5 August at Wembley Stadium in London.

How to watch English Football League in Australia

To watch the EFL Championship throughout the 2019/20 season, you have needed access to beIN SPORTS, which holds the Australian rights. That means you have a number of options to catch this finale.

Kayo Sports, Foxtel iQ, Foxtel Now and Fetch TV all have access to beIN. You can also watch directly via streaming service beIN SPORTS CONNECT. For full details on watching the EFL, you can check out our comprehensive guide.

beIN SPORTS CONNECT is beIN's very own streaming platform. It comes in two different plans costing either $19.99/month or $179.99 per year. Thankfully you can test it out with this 14-day free trial. In addition to the EFL they've also currently got the rights to the new Scottish Premiership season.

beIN SPORTS CONNECT is compatible with Android and iOS devices, Mac and PC along with Apple TV, Sony Smart TVs, Chromecast and AirPlay. If you need help getting started we have a step by step guide available.

If you are a first-time user, Kayo Sports offers a 14-day free trial. It's the perfect way to give the service a complete road test before deciding if it's right for you.

After the trial period, a Basic subscription costs $25/month and allows you to watch your favourite sport on 2 screens or devices. There is also a Premium option for $10 more per month that gives you a third screen. There are no lock-in contracts and you can cancel any time.

Kayo has access to more than 50 sports, including a variety of football offerings. We have a full review of the service for you. It also has an awesome array of special features, such as Kayo Minis, SplitView, Interactive Stats and a Key Moments Timeline.

Who will win Brentford vs Fulham EFL Championship play-off final?

Here we go, a one-off match that offers the type of financial benefits most clubs can only dream about. One moment of magic could be enough for either side to enjoy a whole new era. So who wins it?

These teams met twice this season and the Bees prevailed on both occasions. A solitary goal at home back in December was enough, while two late strikes gave Thomas Frank's side the points at Fulham on 20 June. The teams did finish level on 81 points for the season, although Brentford's goal difference (+42) was significantly higher than Fulham's +16.

We wouldn't blame Brentford fans for feeling they have let a chance slip through their fingers yet again. But in our eyes, the team that cheekily calls itself "the Barcelona of the lower leagues" is finally ready to cast that moniker aside. Extra-time and penalties wouldn't be a shock, but we think Brentford will hold their nerves enough to claim this cherished prize.