England's Ashes hopes look all but lost after another demoralising performance in Adelaide. Can the tourists keep the series alive in Melbourne?

SUMMARY: The Boxing Day Test is on Channel 7 and Fox Sports. You can watch for no cost on Channel 7 or take advantage of Kayo Sports using this 14-day free trial for new users.

England must do what no team has done since the 1936/37 Australian summer and come from 2-0 down to win the Ashes series and take the Urn back to the Old Dart. But after another poor display in Adelaide, it looks an almighty challenge.

It is now more than 4,000 days since England won a Test in Australia and if its efforts in the opening 2 Tests of this series are anything to go by, it could be a long wait before that changes.

However, Australia has not missed a beat. Even without skipper Pat Cummins, who will return in Melbourne, the Aussies played splendid cricket, dominating their rivals from start to finish. Australia only needs to draw the Test to retain the Ashes.

When is the Boxing Day Ashes Test?

The Boxing Day Test will run from 26-30 December and is being held at the Melbourne Cricket Ground. Play is scheduled to start at 11am AEDT on each of the 5 days.

How to watch the Boxing Day Test live online

You have a number of options to watch the Boxing Day Test in Australia. There is live coverage of the Test on Channel 7, so you can tune in there. There is no coverage on 7plus.

You can also get live and on-demand coverage on Foxtel iQ, Foxtel Now and Kayo Sports. You can see the full viewing options for The Ashes in our detailed guide.

The entire Ashes series is available on Kayo Sports. You can watch the Boxing Day Test and the 4th Test in Sydney for no cost via Kayo's 14-day free trial.

Who will win the Boxing Day Ashes Test? 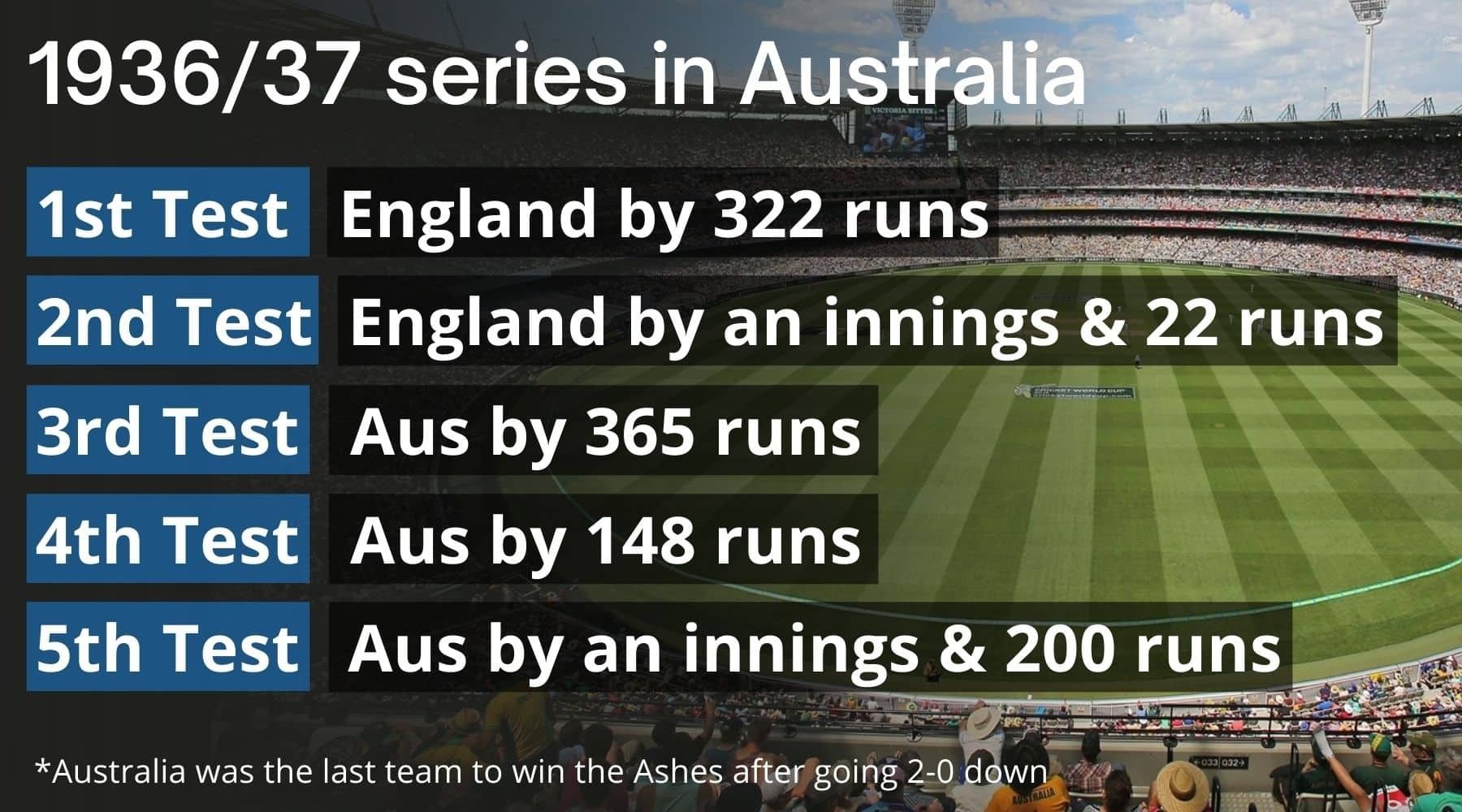 England thrashed Australia in the opening 2 Tests of the 1936/37 summer before the Aussies bounced back in Melbourne, winning that Test and the next 2 to win the series. Australia had Don Bradman to rely on in the series. The Don had just become skipper and was under enormous pressure after the opening 2 defeats. So he went out and smashed 270 in the second innings of the third Test to help Australia to victory.

England does not have a Don Bradman. In truth, this England team does not have much. Not even spirit, it seems. Dropped catches, poor shot selection, even poor team selection – nothing is going right for England.

It's hard to see an England victory coming any time soon.