Formula 1 action returns to the Spa circuit after its summer break with Lewis Hamilton and Max Verstappen ready to restart their battle.

SUMMARY: The Belgian F1 Grand Prix is exclusive Fox Sports. If you are already a Foxtel customer, you are all set. If not, your best option is to watch live on Kayo Sports. You can watch for free using this 14-day trial.

The Dutchman led the championship two races ago but a crash at the British GP then a ninth-place finish in Hungary, also after a crash, has seen him relinquish the lead to Hamilton.

Verstappen (187 points) has scored just 5 points from those 2 races and now trails Hamilton (195) by 8 points as we move into the second half of the season.

The top 5 positions in the Drivers' Championship remain up for grabs in 1 of the most hotly contested season's for years.

The lights will go out at Spa at 11pm AEST on Sunday 29 August. Race coverage starts at 9:30pm AEST.

How to watch F1 Spa live in Australia

The place to watch every race in this year's championship is via Kayo Sports, Foxtel or Foxtel Now. For a full analysis of your viewing options, you can check out our F1 viewing guide.

Can I watch Belgian Formula 1 Grand Prix on free-to-air TV?

No. Channel 10 are showing 1-hour highlight programs on Monday nights for some of this year's races, including the Belgian GP. They will be shown on 10 Bold and 10 play, this week at 10:20pm AEST. There is no live race coverage on free-to-air TV in 2021 apart from the Australian GP in November.

While the Belgian GP practice and qualifying sessions are part of Kayo Freebies, the main race itself requires a subscription.

Kayo Sports is the home of motorsport for Australians. It has every F1 and V8 Supercar race, as well as IndyCar and MotoGP. If you are yet to try it out, Kayo has a 14-day free trial for new customers.

Following the trial period, a Basic subscription will cost you $25/month and gives you access to 2 screens or devices. You can also opt for a Premium option for $35/month that gives you an additional screen or device. You can cancel your subscription at any time.

Kayo also has a range of awesome special features, including some specifically tailored to motorsport. RaceView allows fans to watch four feeds on one screen. HeliCam, Race Centre, Pit Lane and driver cameras are also among the features. All up Kayo has access to more than 50 sports. We have a full review of Kayo here or you can see our video below. 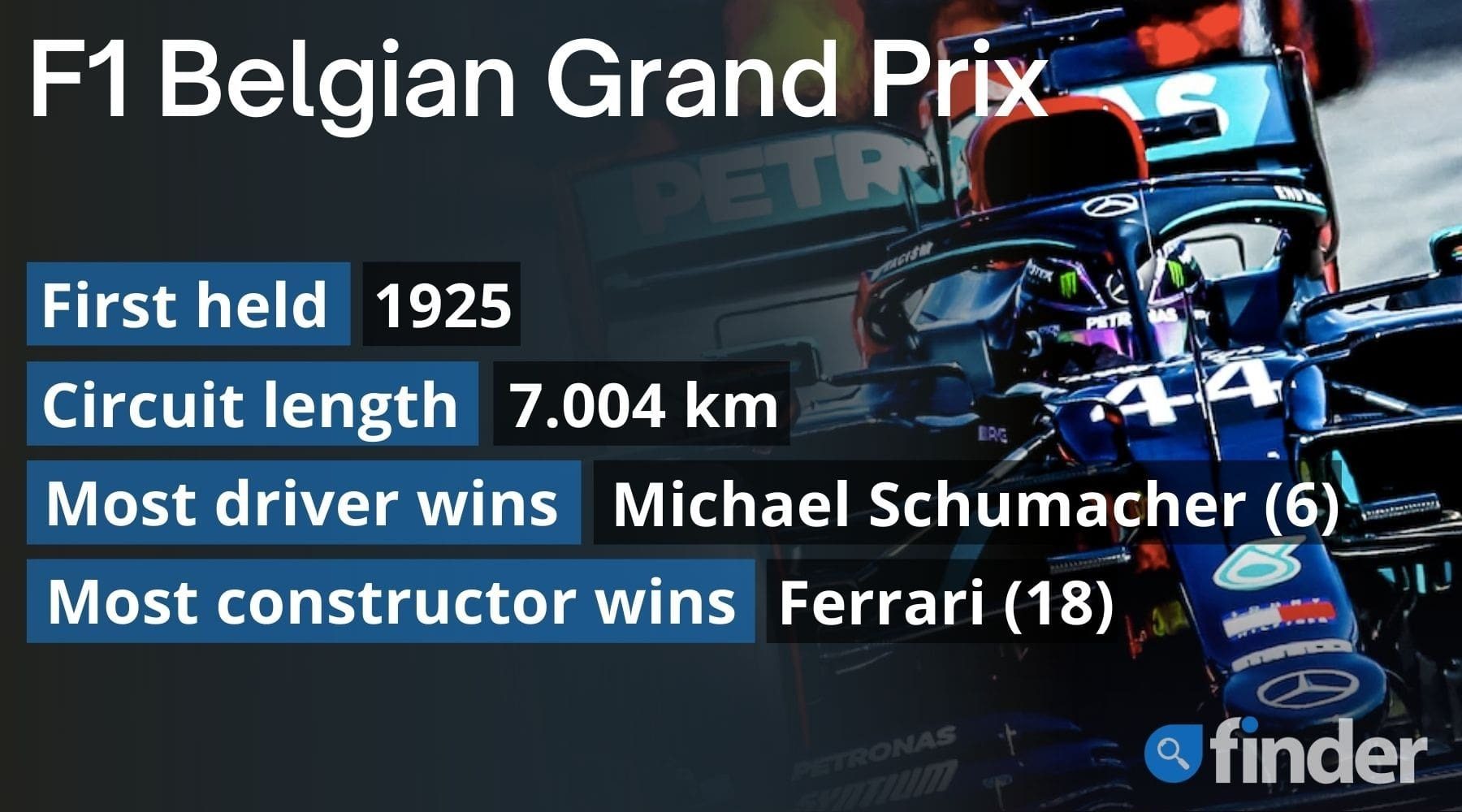 Both Hamilton and Verstappen returned from the summer break saying they feel refreshed and believe their cars have improved and will be quicker in the second half of the season.

Verstappen has taken the first advantage after claiming pole position for the race. In a surprising qualifying session marred by heavy rain, George Russell in a Williams will start second, splitting Verstappen and Hamilton.

Australia's Daniel Ricciardo recorded his best qualifying of the year and will start alongside Hamilton in fourth. Ricciardo's McLaren teammate Lando Norris crashed heavily in qualifying and is getting underway from ninth place.

Hamilton has traditionally blown his rivals away in the second half of the season, something Verstappen and Red Bull will be mindful of. Still, as recent years have proven, if Hamilton and Mercedes hit their straps, what can their rivals do about it?

Hamilton's car has looked the faster since the British GP 2 races ago and we think his speed, guile and class will prove too much here, despite his starting position.