Back to the Rafters: 6 years on, what to expect from the reboot 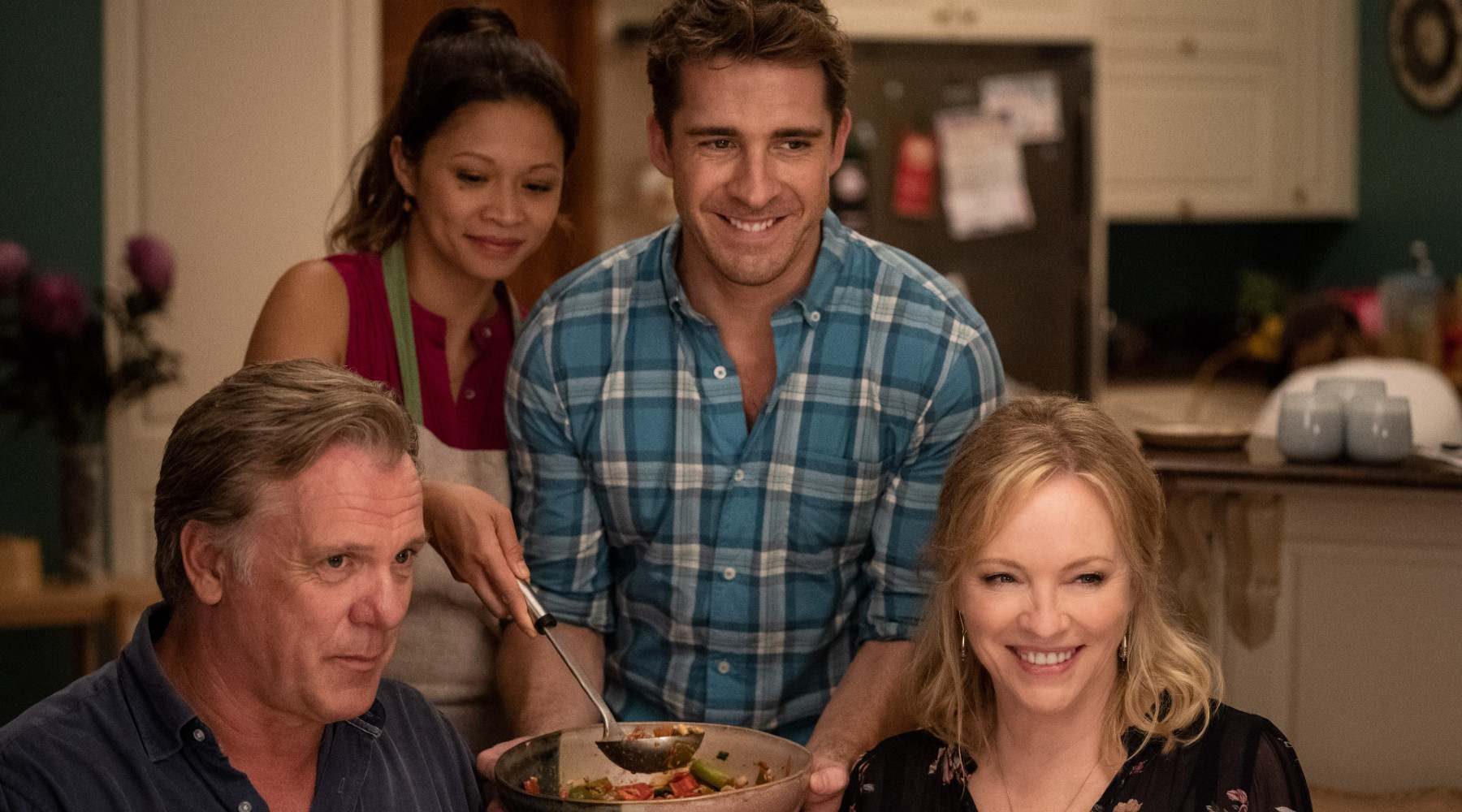 The Rafter family returns to our screens in spectacular fashion.

Reboots are more ubiquitous than ever, so it's about time a beloved Aussie property got the revival treatment.

Packed to the Rafters, a family dramedy that ran from 2008 to 2013, is returning to our screens this weekend in the form of a miniseries titled Back to the Rafters. With most of the original cast set to reprise their roles, this is a bonafide TV event. You might want to mark your calendar and make sure you have enough popcorn (and tissues!) to fuel your upcoming binge.

Over the course of 6 seasons, the Rafter family experienced both happiness and tragedy, with everyone getting a chance to grow and change as seasons went by. Now, we're catching up with Julie, David and company as the Rafters reunite for a special anniversary. Yes, it's now 2021, but the storyline on the show picks up 6 years after the original conclusion.

Here's everything you need to know to prepare for the revival.

How can I watch Back to the Rafters?

Back to the Rafters premieres in Australia on Friday 17 September and will be available exclusively on Prime Video. The miniseries will consist of 6 episodes. It's unlikely that it will air on free-to-air TV anytime soon as it's an original Amazon production. The original Packed to the Rafters is available on the service as well, along with 7plus.

Prime Video is free with an Amazon Prime subscription, which costs only $6.99 a month. In even better news, you get a 30-day trial if you sign up for the first time. You can stream everything you want from the content library free for an entire month.

Where did Packed to the Rafters end?

Struggling to remember how the original series ended? We've got you covered.

Over the course of Season 6, Nathan worked hard to establish a new life in Australia. Even so, he finds out that his wife is having an affair, so he ends up with custody of baby Edward. Ben returns to Sydney and decides to stay and help Nathan with the baby.

Ted's dementia is getting worse, so the family agrees that a nursing home is the best fit for the ageing grandfather. Elsewhere, Rachel and Jake get engaged in New York, while Dave and Julie sell their home and go on a road trip across Australia, baby Ruby along for the ride. Read on for details of where the show restarts.

The Rafters and their friends will be back on our screens on 17 September. We've missed them.

How excited are you to see the new season of Back to the Rafters?

Is the original cast returning for this sequel?

For the most part, yes. Rebecca Gibney is back as Julie and Erik Thomson will once again portray Dave. You'll also see Hugh Sheridan as Ben, Angus McLaren as Nathan, George Houvardas as Carbo and Michael Caton as Ted.

The only one not returning for the reboot is Jessica Marais, who played Rachel during the show's original run. Marais was initially slated to come back, but exited the project citing personal reasons. She was replaced with Georgina Haig, whom you might know as Elsa on Once Upon a Time or Etta on Fringe.

What will happen in Back to the Rafters?

We don't know much about the difficulties the Rafters will face over the course of the reboot, but the official synopsis teases some interesting developments for Australia's favourite family.

The action picks up 6 years after the original series finale. Julie, Dave and Ruby are now living in the countryside, but return to Sydney to celebrate their anniversary. Once there, Julie realises that she might not be as happy as she thought away from her older kids, while Dave is content with his life far from the city. This causes a small rift between the couple.

The Rafter children are also experiencing various crises. Rachel is living a secret life in New York, Ben is recently married and hoping to start a family of his own, while Nathan struggles as a single parent. Grandpa Ted, also returning, is having difficulty finding somewhere to fit in this new reality.

One thing's for sure: Regardless of what life throws their way, the Rafters will always stick together. Catch up with the beloved family to see what they will be up to next.