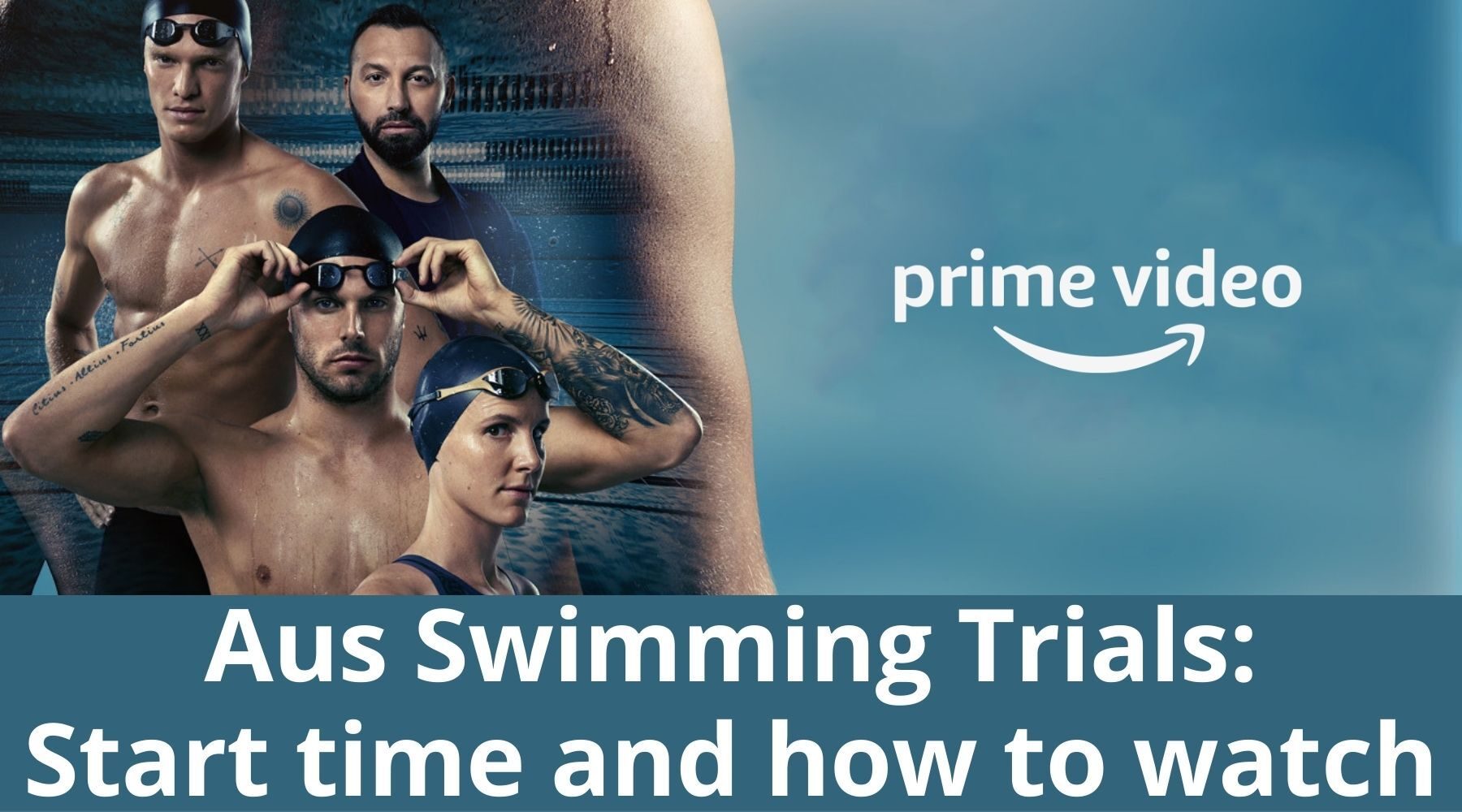 It's all on the line as Australia's best swimmers hit the water in Adelaide to vie for a place in the Tokyo Olympics.

SUMMARY: The 2021 Australian Swimming Trials are exclusive to Amazon Prime Video. You can watch all the action and much more for no cost using this 30-day free trial.

Australia's best swimmers are currently racing for the chance to represent the nation at the Tokyo Olympic Games. So far across the first 5 days of the Australian Swimming Championships swimmers have booked their ticket to Tokyo.

It now all comes down to the final day. A further 10 spots are up for grabs. One of which includes singer Cody Simpson who has qualified as 6th fastest in the mens 100 metre butterfly setting a time of 52.84 seconds. If he can place in the top two of the final and swim a 51.70 or faster he will make the Olympic team.

There are no more Para-swimmers events. The team was settled over the first 5 days with 32 swimmers qualifying for the Australian Paralympic team.

The 2021 Australian Swimming Trials will be broadcast live and exclusive on Amazon Prime Video. All 67 events will be streamed at no additional costs to Amazon Prime members. Prime Video costs $6.99 per month or $59 per year. Best of all there's a 30-day free trial too so you can stream the entire swim trials for free.

We have a full guide to watching swimming in Australia for you. You can warm up for the trials with Prime Video's new 4-part series, Head Above Water. It has stories on Ian Thorpe, Kyle Chalmers, Bronte Campbell and Cody Simpson.

If you aren't at all familiar with Prime Video it's Amazons own streaming service. It launched globally in 2015 on the back of The Grand Tour which was essentially formerly Top Gear. Since then it has produced originals like The Boys, Panic and The Wilds. Unlike a regular streaming service Prime Video also gives you added benefits like free shipping on Amazon, Amazon Music and free e-books.

The Australian Swimming Trials isn't Prime Video's first foray into Australian sports either it produced the Australian cricket docuseries The Test and Making Their Mark for the AFL. 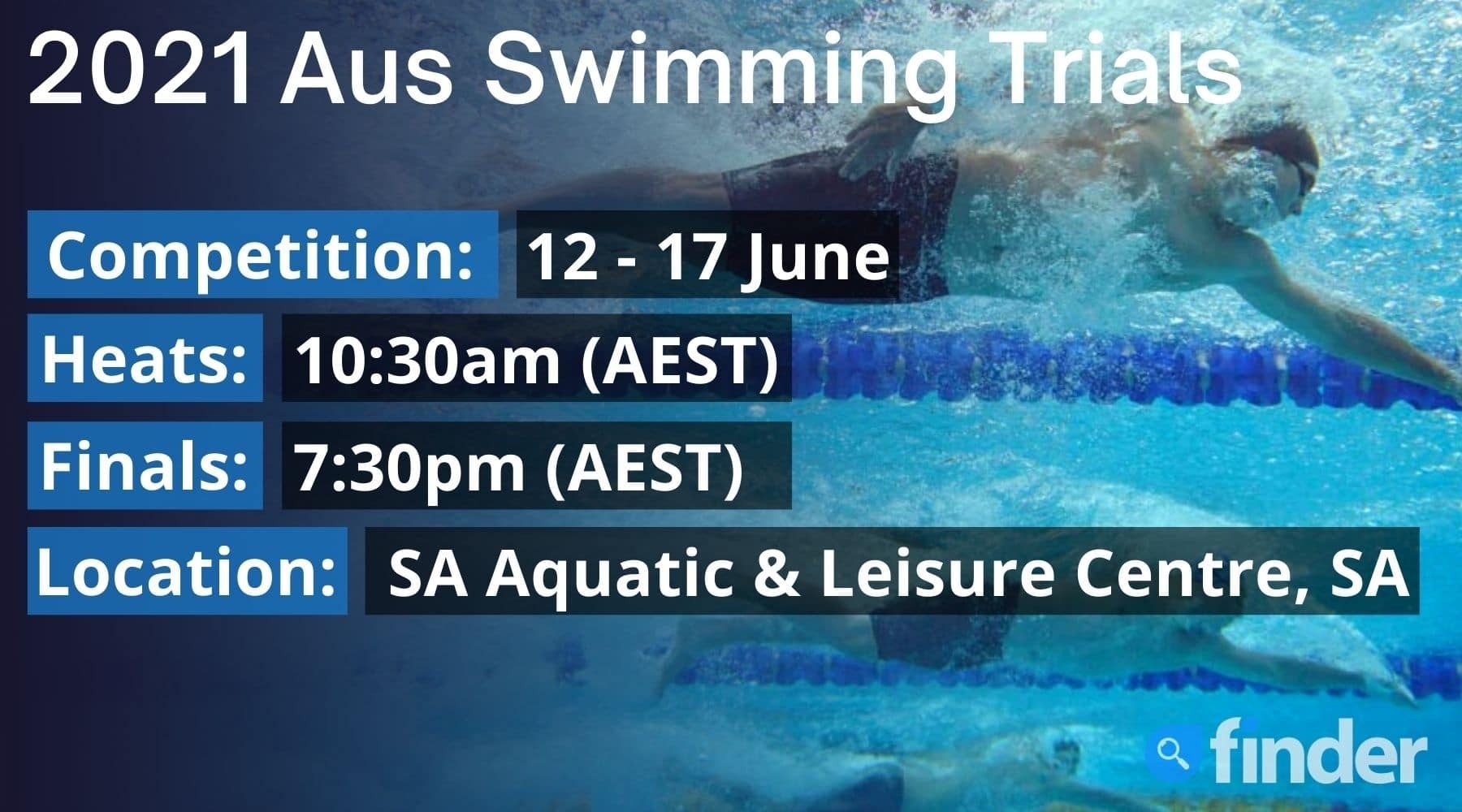 The pinnacle domestic event for swimming in Australia, the trials are replete with world-class swimming superstars and promise 6 days and nights of sensational racing for fans to enjoy. National head coach of the Olympic program Rohan Taylor says his athletes are primed to perform despite the obstacles the pandemic has thrown their way.

"What is most pleasing, is that even though the athletes have had to overcome these hurdles along the way, we've seen solid performances and times at recent events, like the Australian Championships and Sydney Open and this is when they have been carrying heavy workloads at training," he told the Swimming Australia website.

"I know it has been a long time in between international meets, but we did have a strong 2019 World Champs campaign, especially with our relays teams, so I'm eager to see how they shape up and who grabs those spots – it's definitely going to be a tough competition."

Update: We updated our article on Thursday 17 June at 3:55pm with the day 6 schedule, details on Cody Simpsons performance and the latest broadcast details.