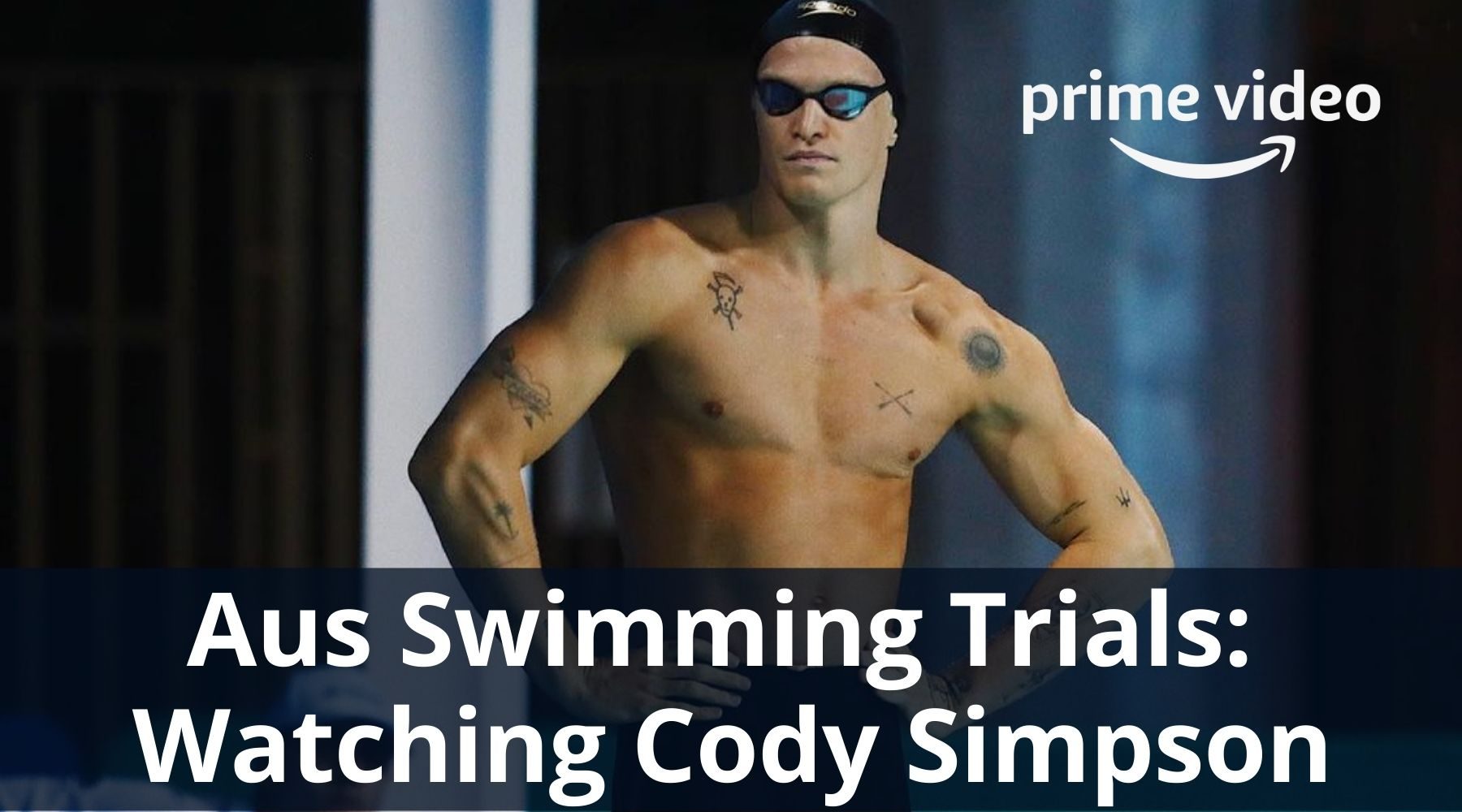 Having spent years establishing himself in the music scene, Cody Simpson is now chasing another incredibly difficult discipline in the pool.

SUMMARY: Watch Cody Simpson in the Australian Swimming Trials on Amazon Prime Video. You can watch for free using this 30-day free trial.

Watching Cody Simpson sing Frank Sinatra's Christmas Dreaming live on YouTube, one can't help but think he must be a hell of a swimmer. That's because he has opted to put his successful music career on hold to pursue his boyhood dream of becoming an Olympian.

Simpson, 24, was a champion junior swimmer before his musical talent took over, eventually taking him to stardom in the US. Simpson worked alongside Justin Beiber, Flo Rida and Ziggy Marley, dated Miley Cyrus and model Gigi Hadid and became a published poet.

But he says he always knew he'd return one day to swimming in hope of fulfilling his Olympic dream. Simpson will compete in the 100m freestyle and his pet event, the 100m butterfly, at this week's Australian Swimming Trials in Adelaide. The trials determine who makes up Australia's highly-competitive swimming team for the upcoming Tokyo Olympics.

The high-profile Simpson's story sure is an intriguing one and led to him becoming 1 of 4 Australian swimmers featured in new Amazon Prime Video docuseries, Head Above Water.

"From the moment I stopped swimming, I always had a feeling deep down that I would swim again at some point," Simpson says in the series. "I just didn't know when or where that would be."

The series also features Olympic great Ian Thorpe and fellow gold medallists Bronte Campbell and Kyle Chalmers. It depicts Thorpe's journey in and out of the pool, as well as Campbell and Chalmers' preparations in the lead-up to the Tokyo Games. The Olympics are due to start on 21 July after being postponed in 2020 because of the coronavirus pandemic.

The series also tracks Simpson's impressive progress under the watchful eye of his coach, two-time Australian Olympian Brett Hawke. Under Hawke's tutelage, Simpson slashed his times and qualified for the 2021 Trials, which begin in Adelaide on 12 June.

Head Above Water reveals Simpson has committed to a 4-year training plan, hoping to realise his Olympic dream at the 2024 Paris Olympics. But his impressive return to the pool and the postponement of the Tokyo Games opened the door slightly for a trip to Japan with the Australian team well ahead of schedule.

The 2021 Australian Swimming Trials are being held at the South Australian Aquatic and Leisure Centre in Adelaide, beginning Saturday 12 June and running through to Thursday 17 June 2021.

The 2021 Australian Swimming Trials will be broadcast live and exclusive on Amazon Prime Video. We have a full guide to watching Swimming in Australia for you.