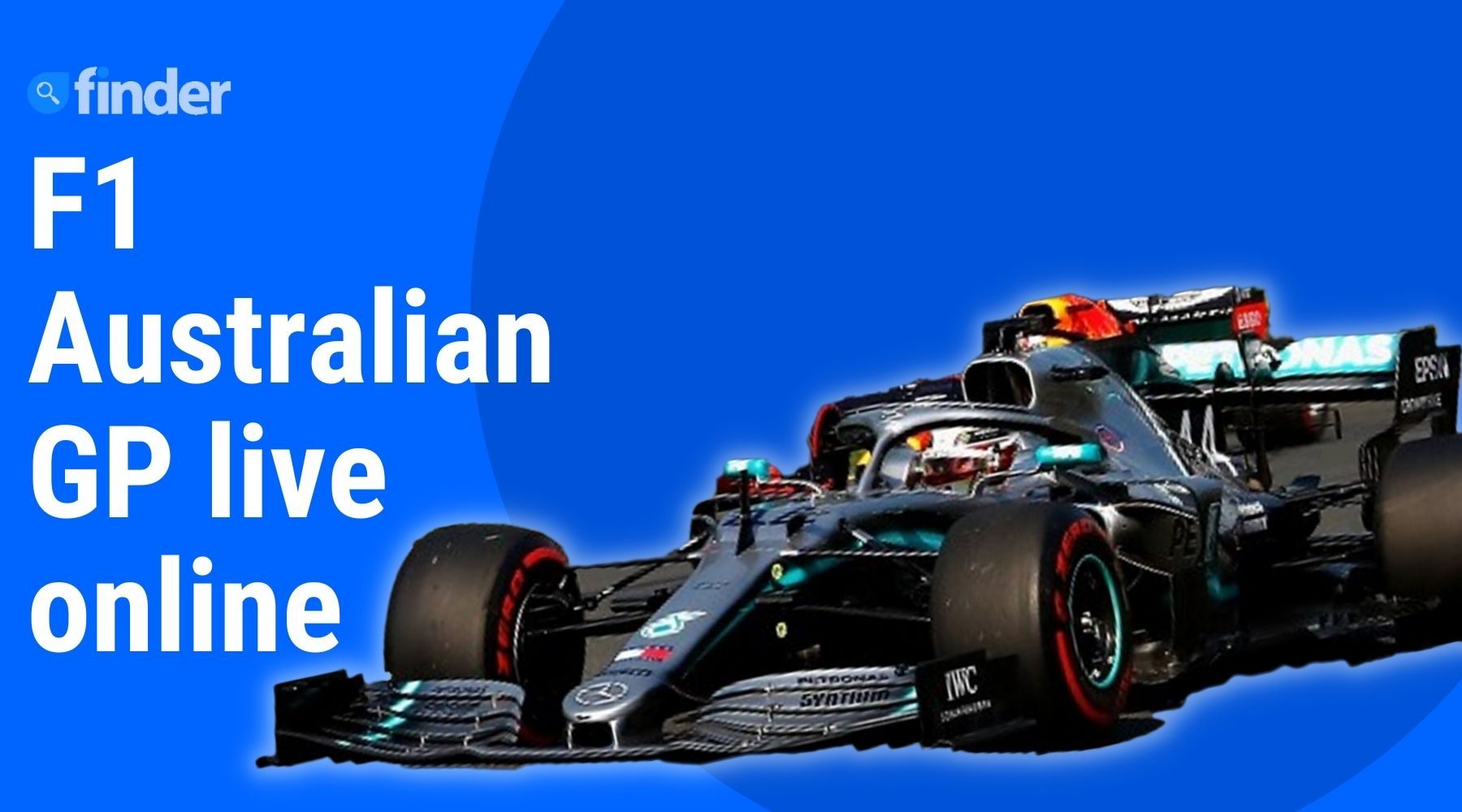 Albert Park will take centre stage again when the Australian Grand Prix roars into town after a 2-year COVID-enforced break.

SUMMARY: The Australian Grand Prix is on Fox Sports and Channel 10. The best coverage of the weekend is on Kayo Sports who unlike Channel 10 will have every F1 session live and ad-free along with the V8 Supercars races. You can watch for free using this 14-day trial.

Australia host a Formula One Grand Prix for the first time since 2019, with the last 2 years impacted by COVID. The 2020 race was the first Australian sporting event to be impacted by the pandemic, with Melbourne going into lockdown between practice sessions and the main race.

This season, Max Verstappen got Red Bull on the board at Saudi Arabia in race 2 after Ferrari had dominated the season opener in Bahrain a week earlier.

The Australian Grand Prix will run from Friday 8 April until Sunday 10 April, with the main event on the Sunday. The lights will go out for the race in Melbourne at 3pm AEST.

How to watch F1 Australian Grand Prix live in Australia

The best place to watch every race in this year's championship is via Kayo Sports, Foxtel or Foxtel Now. That's going to continue for the next few years too with a new F1 broadcast agreement announced recently.

There's no free-to-air broadcast of F1 races other than the Australian Grand Prix, which is shown on Channel 10. For a full analysis of your viewing options, you can check out our F1 Australia TV guide.

Can I watch F1 Melbourne on free-to-air TV?

Yes. For this race only, there will be free-to-air access in Australia. Channel 10 will broadcast qualifying and the full race for the Australian Grand Prix. However, it's worth noting that they will have ad-breaks during the race which means you could miss out on key action on the track.

They also will have the race weekend available on 10 play. To watch via 10 play you'll be required to create an account.

While the Australian GP practice and qualifying sessions are part of Kayo Freebies, the main race itself requires a subscription for those wishing to view it on pay TV.

Kayo Sports is the home of motorsport for Australians. It has every F1 and V8 Supercars race and MotoGP. If you are yet to try it out, Kayo has a 14-day free trial for new customers.

Who will win the F1 Australian Grand Prix?

A fair bit has changed since Melbourne last played host to a Grand Prix event. Since that 2019 race, we've seen the Mercedes juggernaut finally cracked with Red Bull saluting last season, we have seen races added onto the calendar in the Middle East (Saudi Arabia and Qatar) and at least 4 other changes either implemented or announced re the schedule.

Mercedes and Ferrari have split the last 6 editions of this race, but given the length of time between drinks and some of the changes to Albert Park itself, that past form might not count for too much here.

The track has been resurfaced in Melbourne and several corners have been altered to encourage more overtaking.

The first 2 rounds suggest Mercedes might now be third in the pecking order at best. With Ferrari and Red Bull to fight this out again having shared the podium in the opening 2 races of the year.

Qualifying gave us no reason to believe that Leclerc and Verstappen shouldn't win the race. However, with that said we've seen Red Bull suffer from unexpected mechanical issues in the opening race of the season and even Ferrari experience problems in practice and qualifying sessions.

So ruling out the rest of the field can't quite be done. We expect both Carlos Sainz and Fernando Alonso to make their way up the field.

Sainz has been quick all weekend, but couldn't put a full lap together in Q3 resulting in him starting from 8th. His teammate Leclerc would be desperate for Sainz to get through the pack to prevent Red Bull from attacking him with 2 cars.

While Alonso was on track for what looked to be the fastest lap before suffering a hydraulics issue which contributed to him putting his Alpine into the wall. Provided his team can make repairs to his car in time and he doesn't suffer a grid penalty the Alpine shouldn't have too much problem getting past the Mercedes and McLaren's. 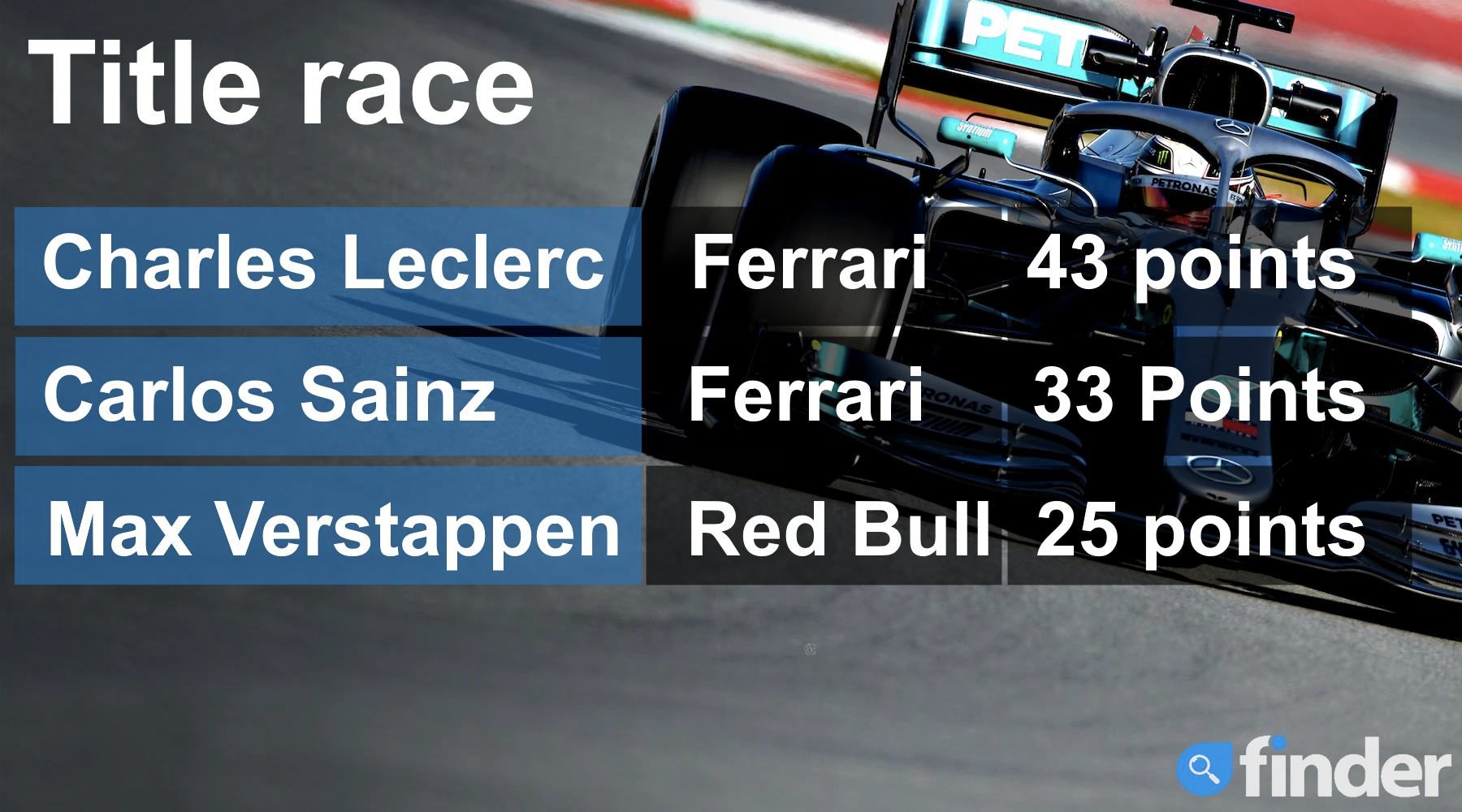 Albon will start at the back of the grid after being disqualified from qualifying due to an inadequate fuel sample.

If you're not sure who to stream with, we've got a Foxtel vs Kayo comparison so you can decide which one suits you best.