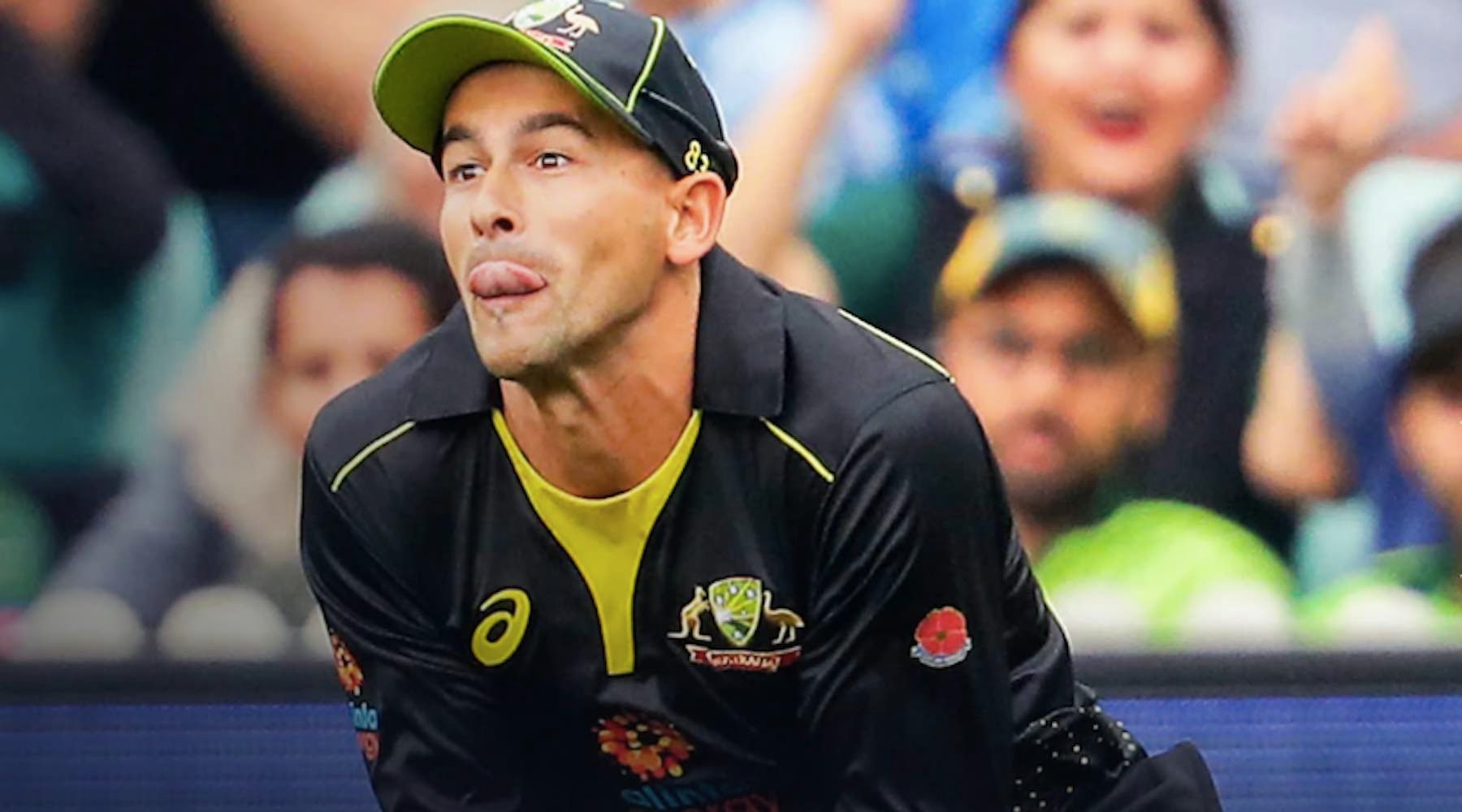 Australia's best limited overs cricketers are about to take on West Indies in both a Twenty20 and ODI series.

SUMMARY: Australia vs West Indies is exclusive to Fox Sports. Unless you're already a Foxtel customer, your best option is to watch live on Kayo Sports. You can watch for free using this 14-day trial.

Cricket fans in Australia have been starved of seeing their national team in action of late. A thrilling T20 series defeat to New Zealand back in March and the Test series loss to India on home soil over summer are the 2 most recent series. A cancelled South Africa tour has since followed.

That drought is finally being broken this week with a packed series of matches set to get underway in St Lucia and Barbados against the West Indies. A 5-match T20 series is immediately followed by another 3 ODI matches.

When is Australia vs West Indies?

It all starts at 9:30am AEST this Saturday 10 July with the first Twenty20 fixture. All matches are being held at Daren Sammy Stadium in St Lucia. The ODI series then runs from 21–25 July AEST at Kensington Oval, Barbados.

How to watch Australia vs West Indies in Australia

There is no free-to-air coverage of this series at all, it is all on Fox Cricket. That means you need a subscription to either Foxtel iQ, Foxtel Now or Kayo Sports.

Kayo Sports is our pick for checking out this series and a whole range of other sports. The sports streaming leader currently has a 14-day free trial for new users. That means you can almost get this entire series for free, plus more than 50 other sports on the platform.

After that, subscriptions for Kayo are $25 per month for the Basic option, where you can watch games on 2 screens or devices. The Premium option is $10 more per month and gives you 3 screens.

Kayo also has a number of special features, such as Kayo Minis, which will be available for these 2 series. Available shortly after matches have completed, you can then watch a condensed version with Minis. Other features include SplitView, Interactive Stats and a Key Moments Timeline.

The platform is compatible with Android, iOS, Apple TV, Telstra TV, Android TV and Samsung TV (2017 or later), Sony Bravia TVs, Mac and PC as well as Chromecast or AirPlay. We have put together a full review of the service for you. 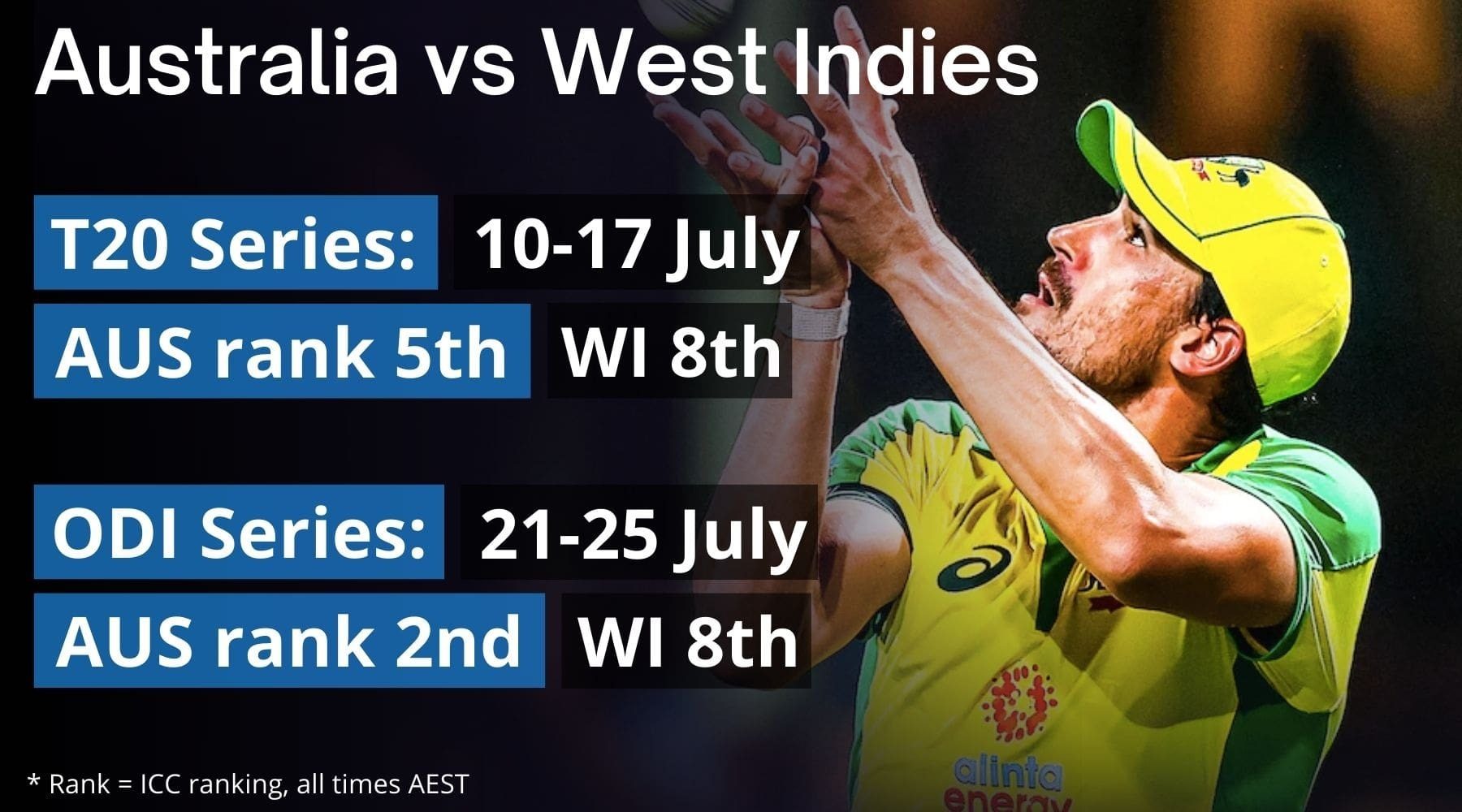 How good is it to have some international cricket back on our screens! Australian selectors have picked a strong squad for the tour, led by skipper Aaron Finch, Josh Hazlewood, Mitchell Starc, Alex Carey and Adam Zampa. In their last outing, the Aussies narrowly lost an exhilarating series against the Kiwis in New Zealand when Finch in particular starred.

The West Indians, who are ranked eighth by the International Cricket Council in both T20 and ODI cricket, are far more dangerous than those rankings suggest, especially at home. The West Indians have twice won the T20 World Cup, in 2012 and again in 2016, a feat Australia are yet to manage.

We're expecting some tight, exciting cricket. We'll lean towards the Windies taking out the T20 series and Australia repaying the favour in the 50-over version.

Update: We republished our story at 5:30pm AEST Friday 9 July with the full series schedule and updated broadcast details.

For more information on streaming cricket, check out our comprehensive guide. If you're still not sure who to stream with, we've got a Foxtel vs Kayo comparison for you.