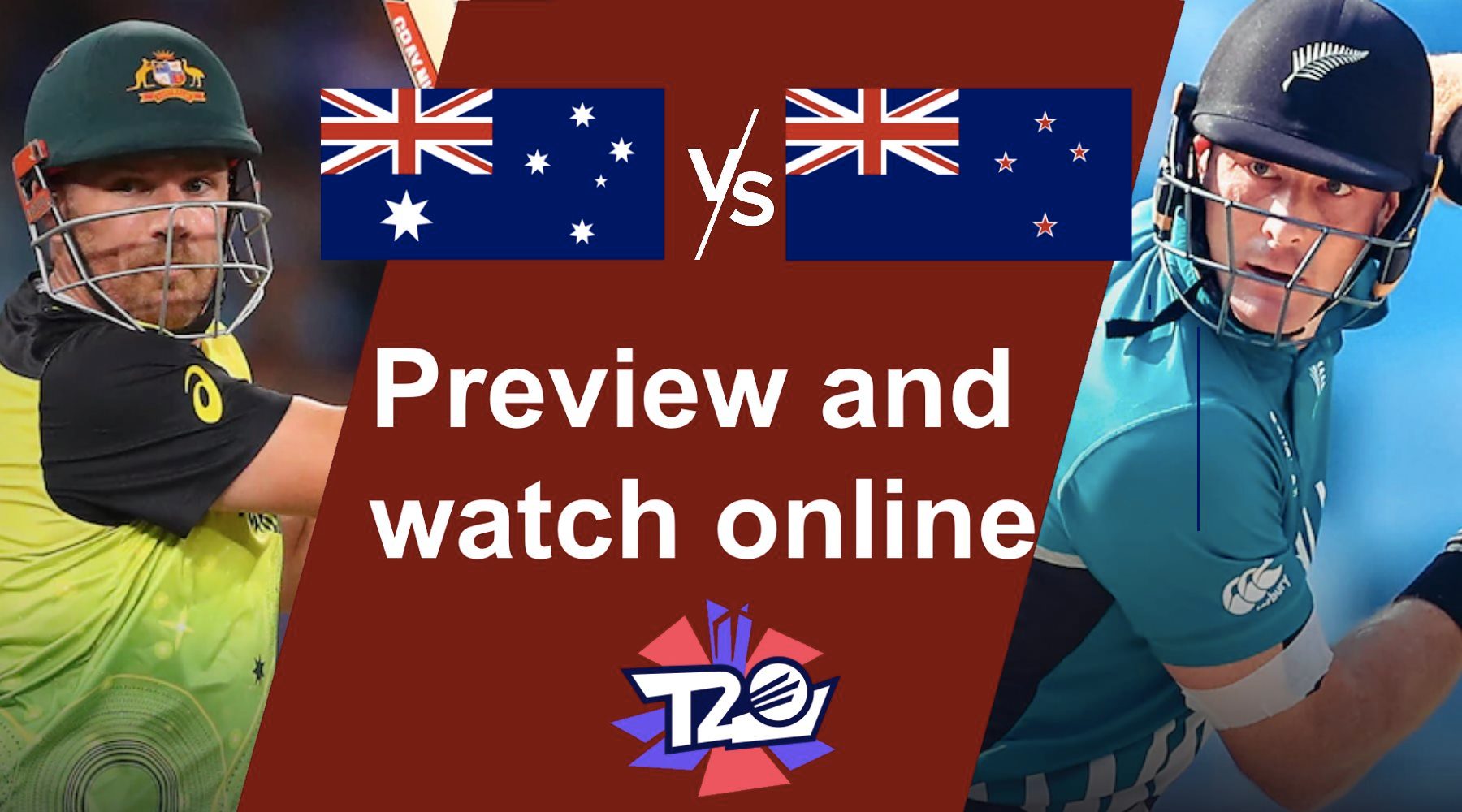 Can New Zealand win their first silverware or will Australia bury the T20 demons of the past? Don't miss this World Cup final.

SUMMARY: Australia vs New Zealand is on Fox Cricket. Unless you're already a Foxtel customer, your best option is to watch live on Kayo Sports. You can watch for free using this 14-day free trial

Both Australia and New Zealand have reached the final after stunning run chases in their most recent matches. New Zealand, chasing 167 against England in the semi-final found themselves 4/110 off 16 overs needing 57 off 24 balls.

Daryl Mitchell and James Neesham saw them get home with 6 balls to spare with some remarkable hitting.

Australia were 5/96 off 12.2 overs chasing 177 to win against Pakistan in their semi-final. Matthew Wade and Marcus Stoinis put on 81 runs off just 40 balls to guide Australia to victory, also with 6 balls to spare. It sets up an enthralling decider.

When is Australia vs New Zealand?

The T20 World Cup final is scheduled to begin at 1am AEDT on Monday 15 November at the Dubai International Cricket Stadium.

How to watch Australia vs New Zealand

In Australia the T20 World Cup is being televised by Fox Cricket. That means Foxtel iQ, Foxtel Now and Kayo Sports are all options for catching this match-up. We have a complete viewing guide to the T20 World Cup.

With the length of its free trial, its special features and its price, we think Kayo Sports is the way to go.

There have been a total of 45 matches in this year's event and you could catch them all, live and on demand, on Kayo Sports. If you are yet to try it, Kayo has a 14-day free trial.

On top of the men's T20 World Cup, Kayo has every Australian Test match, all of the WBBL live and a host of ODI and T20I competitions. And it's not just cricket, Kayo also has access to more than 50 sports. 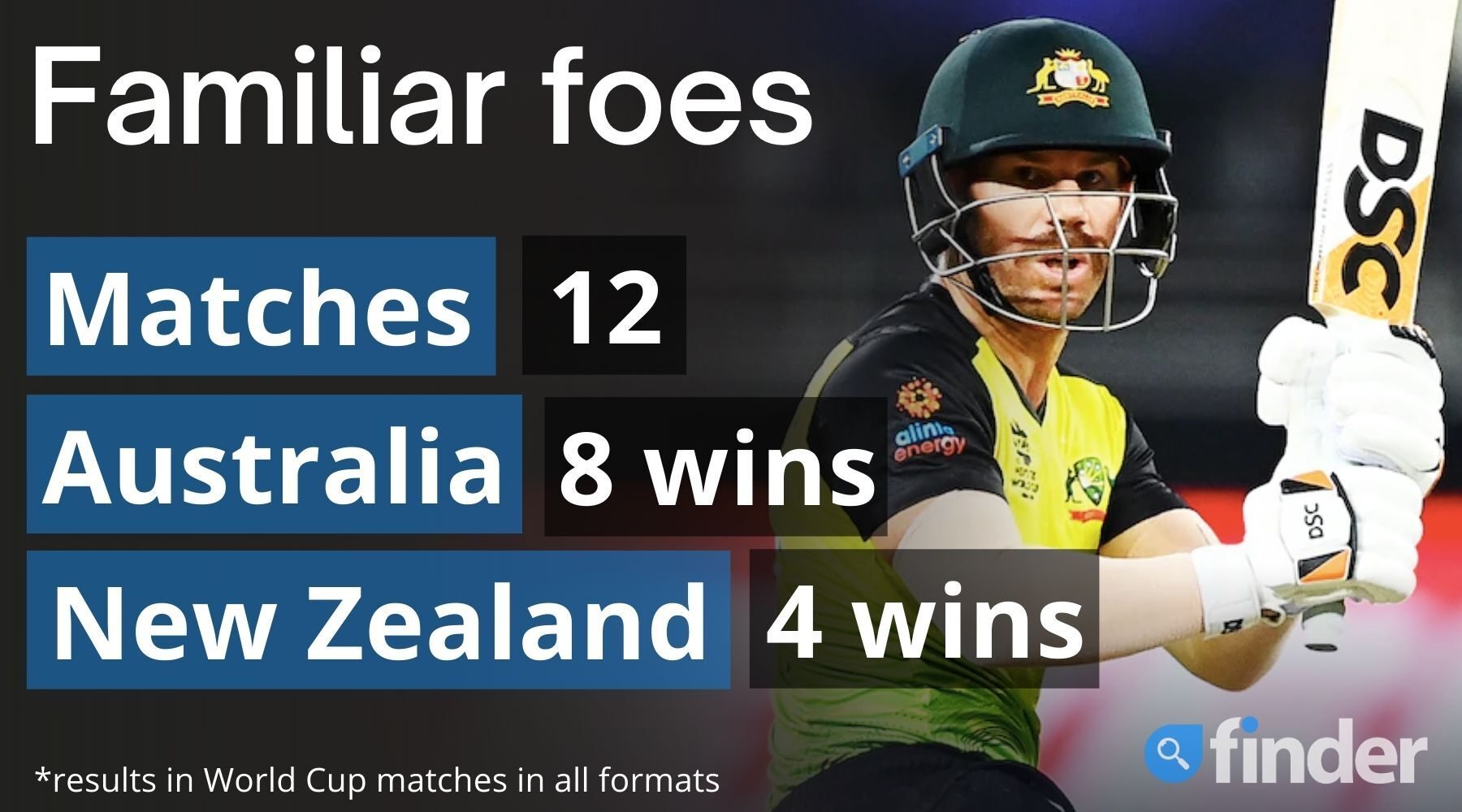 New Zealand lost their opening match of the T20 World Cup to Pakistan but have won every game since, including victories against tournament favourites India and England.

Australia have also only lost the 1 match, which was in the group stages when they were flogged by England.

Across 50-over and 20-over World Cups, Australia and New Zealand have met 12 times with Australia holding an 8-4 advantage. Only 1 of those meetings has been in the T20 format though, with New Zealand winning that clash in 2016.

The batting power of Daryl Mitchell, Martin Guptill, Kane Williamson and James Neesham facing off against the strength of David Warner, Aaron Finch, Glenn Maxwell, Marcus Stoinis and Matthew Wade means this should be an electric contest.

Adam Zampa could hold the key, with 13 wickets and an economy rate of just 5.49 he has been consistent and damaging right throughout the tournament.

Both sides have the firepower, the class and the experience to handle the occasion. For New Zealand it is a chance for the first piece of silverware after years of toil that has included 10 semi-finals and now 3 finals.