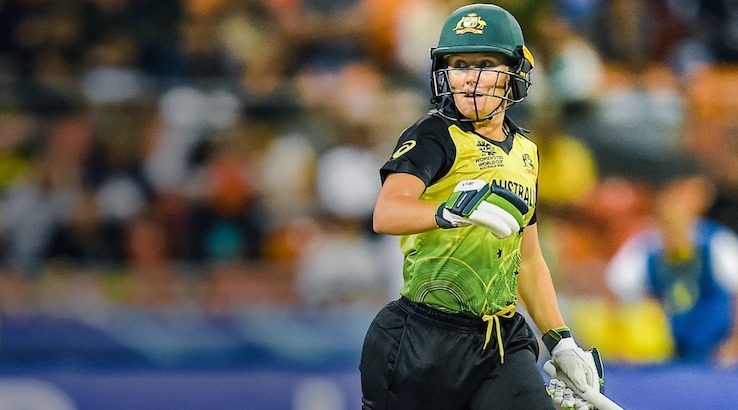 Who will claim the ultimate prize in the final of the Women's T20 World Cup?

Australia vs India Women's T20 World Cup final is here. India has dominated throughout the tournament and is within one victory of a first ever women's T20 world title. They take on an Australian side chasing a remarkable fifth title from the past sixth editions.

It is a decider carrying huge stakes for both teams. It will also feature two performances from global superstar Katy Perry.

There is talk of a world record crowd at the MCG. Finder recently attended a T20 World Cup event and spoke exclusively to ODI World Cup winner Mel Jones about that prospect. You can read about that and all the other details you need below.

When is Australia vs India Women's T20 World Cup final?

The big finale is scheduled to get underway at 6pm AEDT on Sunday 8 March at the 100,000-seat MCG. At the time of writing the forecast is for a mostly sunny day in Melbourne with very little chance of rain.

There are pay TV, streaming and free-to-air options for the final. Foxtel, Kayo Sports and Channel 9 are all showing the match. We put together a complete preview of the Women's T20 World Cup which has all the detailed information on the final.

Watch Australia vs India on Gem

The Nine Network will broadcast Australia vs India on Gem. Coverage begins from 5:30pm (AEDT) with the Nine commentary team. Gem is available to watch in both SD or HD. This match won't be available via 9Now.

Unlike free-to-air television, Kayo Sports showed every single match from this year's T20 World Cup, commercial free during play and all in high definition. Cricket is one of more than 50 sports available on the streaming platform.

It also has a huge range of special features. SplitView allows you to watch up to four sports or matches at the same time, and Kayo Minis, a condensed version of highlights available shortly after games have completed.

If you are yet to try Kayo, you can take advantage of the 14-day free trial. After that subscriptions are $25 a month for a Basic Subscription, where you can watch games on 2 screens or devices. The Premium option is $35 a month and gives you 3 screens.

For cricket lovers, Kayo also has access to all of the Australian men's Test matches, every Australian ODI and every T20I.

When is Katy Perry performing?

The announcement that Katy Perry would be performing at the World Cup final generated international headlines and helped raise the prospect of a world record crowd for women's sport. Perry will perform as part of the pre-match entertainment. She will then put on a longer show after the final and post-match presentations.

India reached the final without facing a ball in the semi-final. That is because the entire match was rained out at the SCG. Rules state the higher-ranked team advances in the event of no play. That meant the Group A leading Indians advanced and England were eliminated.

A similar prospect looked likely for Australia, who finished second behind India in their group. But the skies cleared enough for their match to go ahead. The Aussies got through their 20 overs, then more rain meant Group B leader South Africa's run chase was reduced to 13 overs. They fell just short of their revised target.

In Twenty20 cricket, 5 overs per team are normally required to constitute a match. But in this World Cup, a minimum of 10 overs per side is needed.

Will there be a world record crowd for a women's sporting event in the final?

Ever since Australia was given hosting rights for the T20 World Cup and the MCG was revealed as the venue for the final, the prospect of a world record has been discussed.

The current record for a match involving women is the 90,185 that attended the USA vs China Women's World Cup football final at the Rose Bowl in California in 1999.

Finder recently asked Mel Jones, ex-Australian cricketer and current Fox Sports commentator, if that record could be broken on Sunday.

Who will win the Women's T20 World Cup final?

We didn't exactly go out on a limb pre-tournament when we predicted Australia would add another T20 World Cup trophy to the collection. However, we will give ourselves a little tick for tipping an Australia-India final.

While the smart money would still be on the Aussies, we are starting to lean towards India. They are the only undefeated team in the tournament. They are also facing an Australian side missing key all-rounder Ellyse Perry due to injury.

This Australian side always seems to find a way to win, but we're going to tip the upset and say this Indian team will win its first ever T20 world title.