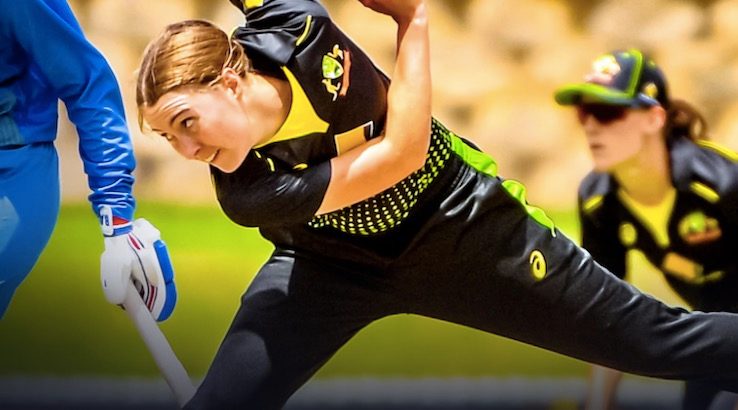 Australia were pushed all the way in the women's T20I cricket tri-series by India and England. Who will take out the final?

SUMMARY: You can watch the women's T20I cricket series final live on 7mate or check it out for free on Kayo Sports by using this 14-day trial. This gets you access to all of Kayo's unique features and 50 additional live sports.

The Australians were heavy favourites to take out the T20I tri-series on home soil. But defeat to England in their opening game showed it was going to be a tough battle.

At the end of the round-robin fixtures, the outcome could not have been more even. Each team had the same win-loss record, beating and losing to the other two nations once.

Net run rate left Australia on top and India second, so they are the teams that will contest the final in a key warm-up event ahead of the looming Women's T20 World Cup.

When is the women's T20I cricket series final?

St Kilda's Junction Oval is the venue for the final, which commences at 1:40pm AEDT on Wednesday 12 February.

How to watch the women's T20I cricket series final

Foxtel and Channel 7 both picked up the rights to the tri-series. Kayo Sports, Fox Sports, Foxtel Now and free-to-air options are available for the decider. Read on for more details or see our women's tri-series guide.

Channel 7 is showing the final on 7mate and 7mate HD. The telecast commences at 1:20pm AEDT.

You can access all of Fox Sports' content through Kayo Sports at a far lower price than it costs to sign up to Foxtel. So you can stream the final via Fox Cricket HD or its SD channel Fox Sports, starting at 1:10pm AEDT.

Kayo has access to more than 50 sports, including a huge amount of cricket. It also boasts a range of special features unmatched by other broadcasters in Australia. If you are yet to test it out, you can watch the tri-series final for nothing by taking advantage of a 14-day free trial. We have put together a full review of the service for you.

If you decide to sign up, subscriptions for Kayo are $25/month for the Basic option, where you can watch games on 2 screens or devices. The Premium option is $10 more per month and gives you 3 screens.

Among the special features are Kayo Minis, a condensed version available shortly after matches end. Other features include SplitView, where you can watch four sports at once, plus Interactive Stats and a Key Moments Timeline.

You can access Kayo Sports via Android and iOS devices, Apple TV, Telstra TV, Android TV and Samsung TV (2017 or later), Sony Bravia TVs, Mac and PC as well as Chromecast or AirPlay.

Who will win the women's T20I cricket series final?

We'll admit it, this series has proven far tougher for Australia than we anticipated. England and India are ranked second and fourth in the world respectively, so we did predict it would be tough. But we still thought the top-ranked Australians would ultimately prove too strong. We still think they'll emerge victorious in the decider, led by new Australian women's cricketer of the year, Ellyse Perry.