Aston Villa vs Liverpool FA Cup third round clash: Kick-off time and how to watch 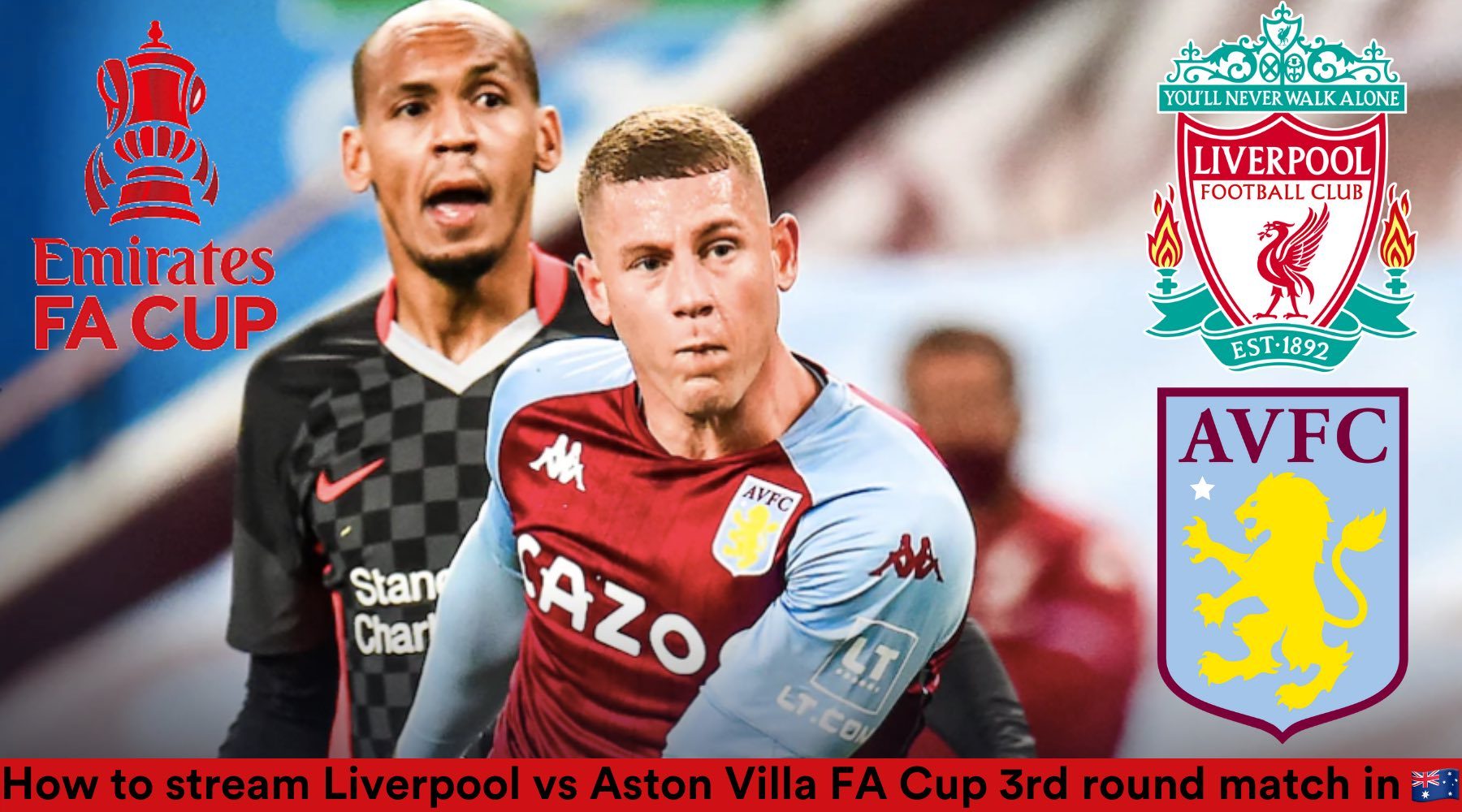 Premier League champions Liverpool will try to arrest their form slump against Aston Villa in the FA Cup. Here's how to watch.

SUMMARY: Aston Villa vs Liverpool is on ESPN in Australia. That means Foxtel, Kayo Sports and Fetch TV are among the viewing options. Kayo Sports offers a 14-day free trial for new users. This gets you access to its unique features and 50 additional live sports.

An outstanding Liverpool side is experiencing some uncharacteristic struggles this season. Jurgen Klopp's men are still leading the Premier League but are winless in their last three games (two draws, one loss).

"The big worry is where are the goals and creation coming from, because it has been non-existent," former Liverpool captain Jamie Carragher said on Sky Sports. "This Liverpool team is amazing but it is going through one of its first real rough patches it has been through in the past two seasons."

Aston Villa, meanwhile, are enjoying a solid season, sitting eighth in the Premier League. Villa have lost six of their last seven FA Cup games against Liverpool. However, they did win their last meeting in the competition, a 2015 semi-final at Wembley.

When is Aston Villa vs Liverpool?

Kick-off at Villa Park is at 6:45am AEDT on Saturday 9 January.

How to watch Aston Villa vs Liverpool

ESPN has held the rights to the FA Cup in Australia since late 2019. It shows games on both its main and HD channels. That means you can watch it on Foxtel iQ, Foxtel Now and Kayo Sports. Fetch TV also has access to some games. You can see our full FA Cup guide for an extensive breakdown.

Kayo Sports broadcasts a selection of the biggest matches of the FA Cup, including all fixtures from the quarter-final stage onwards. It currently has a 14-day free trial for new users.

All up, Kayo has access to more than 50 sports and we have put together a full review of the service for you. Subscriptions are $25 a month for the Basic option, where you can watch games on 2 screens or devices. The Premium option is $10 more each month and gives you 3 screens.

Kayo also has a number of special features, such as Kayo Minis, a condensed version of matches available shortly after full-time. Other features include SplitView, where you can watch four events at once, Interactive Stats and a Key Moments Timeline.

Foxtel Now is the pay TV giant's digital streaming service. You have to subscribe to the Essentials pack in addition to the Sport pack, which costs $54 a month in total.

Who will win Aston Villa vs Liverpool FA Cup third round match?

Despite all the wonderful history and romance of the competition, the FA Cup is not a major priority for a club like Liverpool anymore. But it's a different story for a mid-table team like Villa.

Liverpool have the quality to easily make this prediction look stupid. But we really thought Villa have a good chance of springing a major upset here. That was until the club received an abundance of positive COVID tests and will now roll out their under-23s side. We'll stick to our guns and tip Villa by a goal at home on the premise Liverpool also play their own youngsters.