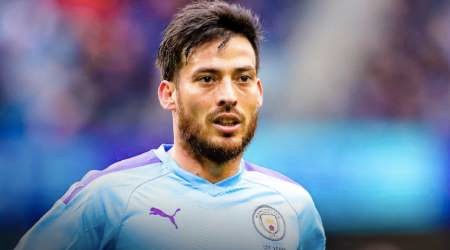 Arsenal has a chance to salvage a poor season against FA Cup holders Manchester City. This is how to watch the FA Cup semi-final live.

SUMMARY: The best place to watch the FA Cup semi-finals is on Kayo Sports. Not only is it the cheapest option, but it's also the best, with unique sports specific viewing features, great accessibility and a sign-up that takes just a few minutes. It offers a great replay feature, too, if you want to stream it all again the following day. Best of all, you can watch for free using this 14-day trial.

Former English heavyweights Arsenal are struggling through another difficult year. In a real battle to secure European football next season, they can at least grab some silverware via the FA Cup. But the significant obstacle of Manchester City stands before them.

For City, they are still smarting from the way Liverpool romped to the Premier League title at their expense. They already snared a third straight League Cup right before the pandemic and are greedy for more medals to hang around their necks.

When is the Arsenal vs Manchester City FA Cup semi-final?

Set your alarms for this one. This clash gets underway at 4:45am AEST on Sunday 19 July at Wembley Stadium in London. But will be available on-demand shortly after.

ESPN holds the broadcast rights to the 2019/20 FA Cup. That leaves Kayo Sports, Foxtel iQ and Foxtel Now as your viewing options. Fetch TV also has access to some games, including both of this year's FA Cup semi-finals.

We have a comprehensive guide to the 2019/20 FA Cup for you to check out all the details.

If you are yet to give Kayo Sports a test run, you can watch the FA Cup semi-finals and much more for free using its 14-day free trial. There are no lock-in contracts and you can cancel at any time.

A Basic subscription to Kayo then costs $25/month and you can watch your favourite sport on 2 screens or devices. The Premium option is $10 more per month and gives you 3 screens. As well as a feast of football, Kayo has access to more than 50 sports overall. We have put together a full review of the service for you.

Kayo also has a number of special features, such as Kayo Minis. SplitView, where you can watch four sports at once, Interactive Stats and a Key Moments Timeline are among the other great features.

Who will win Arsenal vs Manchester City FA Cup semi-final?

The Gunners will have garnered some much needed confidence with their Premier League victory over new champions Liverpool in the lead-up to this semi-final. Their defence has been suspect of late, but the 2-1 win at Emirates Stadium will have done them the world of good.

Ever since City officially lost their EPL crown to the Reds, they have been in a ruthless mood. In 6 matches in all competitions since they have scored 18 goals and conceded just twice, winning all bar one. We wouldn't mind seeing an Arsenal upset here, but the wise choice would have to be a City win, we'll say 3-1.

Alexander Volkanovski will look to defend his featherweight title when he faces Brian Ortega in UFC 266.

Manchester United face West Ham United in the third round of the Carabao Cup.

Chelsea face Aston Villa in the third round of the Carabao Cup.