Arsenal and Aston Villa meet in a match-up of teams trying to claw their way into the top half of the Premier League table.

A 95th-minute equaliser saved Arsenal from home embarrassment last week as they got away with a point against Crystal Palace. They are slowly working their way back into the season after a rough start and are now unbeaten in 6 matches in all competitions.

Aston Villa endured one of their more painful defeats in recent times when they surrendered a 2-0 lead beyond the 80-minute mark in an eventual 3-2 home defeat to Wolves.

The loss was their second in a row and leaves them sitting 13th on the table and in need of some points.

When is Arsenal vs Aston Villa?

This match is one of the rare Friday night matches (UK time) during the season, kicking off at 6am AEDT on Saturday 23 October at Emirates Stadium in London.

How to watch Arsenal vs Aston Villa live

You can also save 22% with an annual subscription to Optus Sport. The platform comes with a range of mini highlights packages, ranging from 3 minutes through to a full 90-minute replay. We have a full guide to Optus Sport for you.

Who will win Arsenal vs Villa? 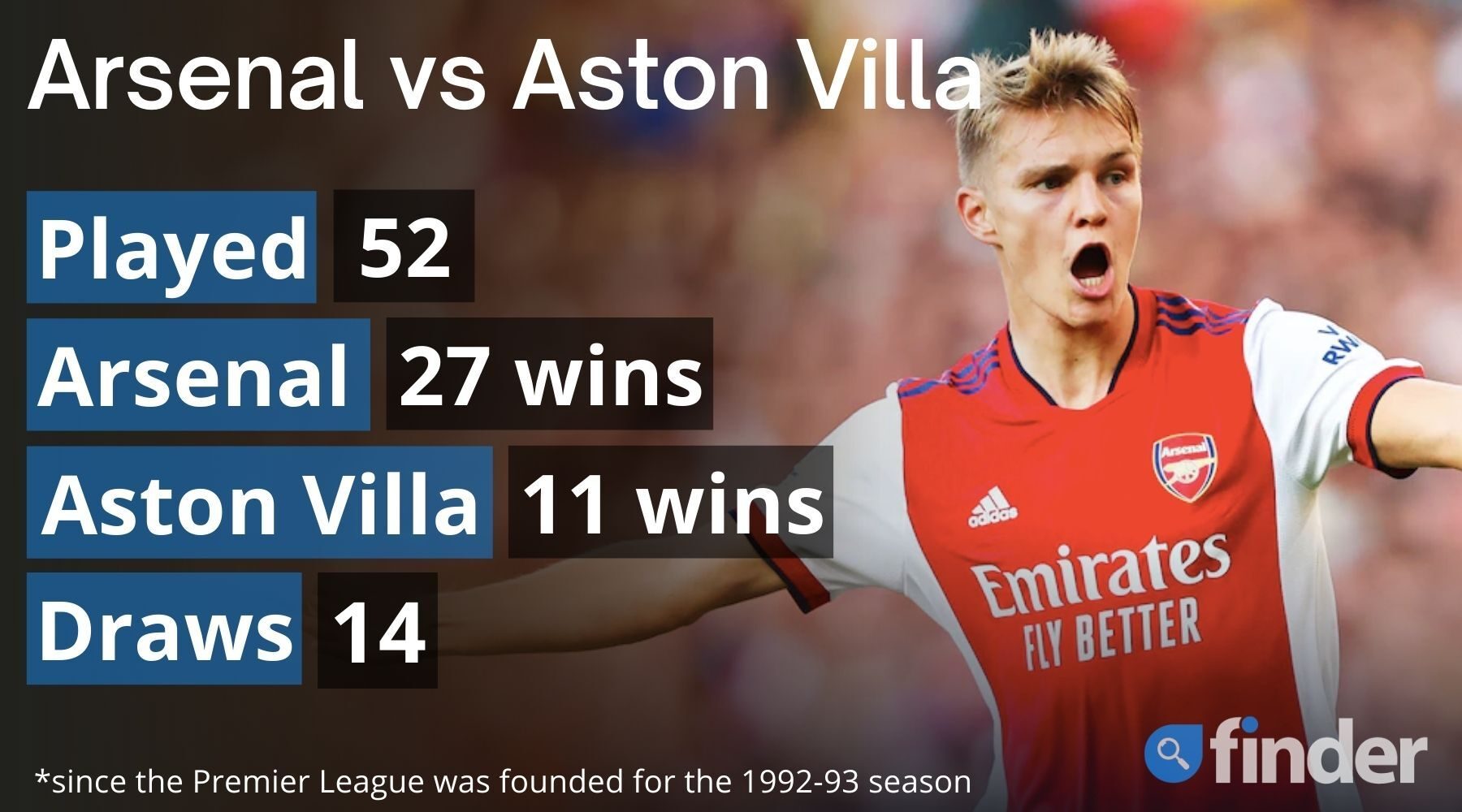 Goals came in the 95th minute for both these teams last week. One of them saved Arsenal, the other broke Aston Villa's collective hearts.

How much will that emotion-sapping defeat impact Villa, who have now lost 2 in a row after an outstanding away win at Manchester United before the break?

Villa have won 3 in a row against Arsenal though, including both meetings last season, so that should give them confidence given Arsenal had owned this match-up previously. The Gunners won 11 of the 13 meetings prior to this current run.

Frenchman Alexandre Lacazette came on and made a big difference for Arsenal last week, eventually scoring the equaliser in the dying seconds and he will again be dangerous.

With only 1 point separating them on the table this match is enormous for both sides. We can see them sharing the points with both hitting the scoreboard.