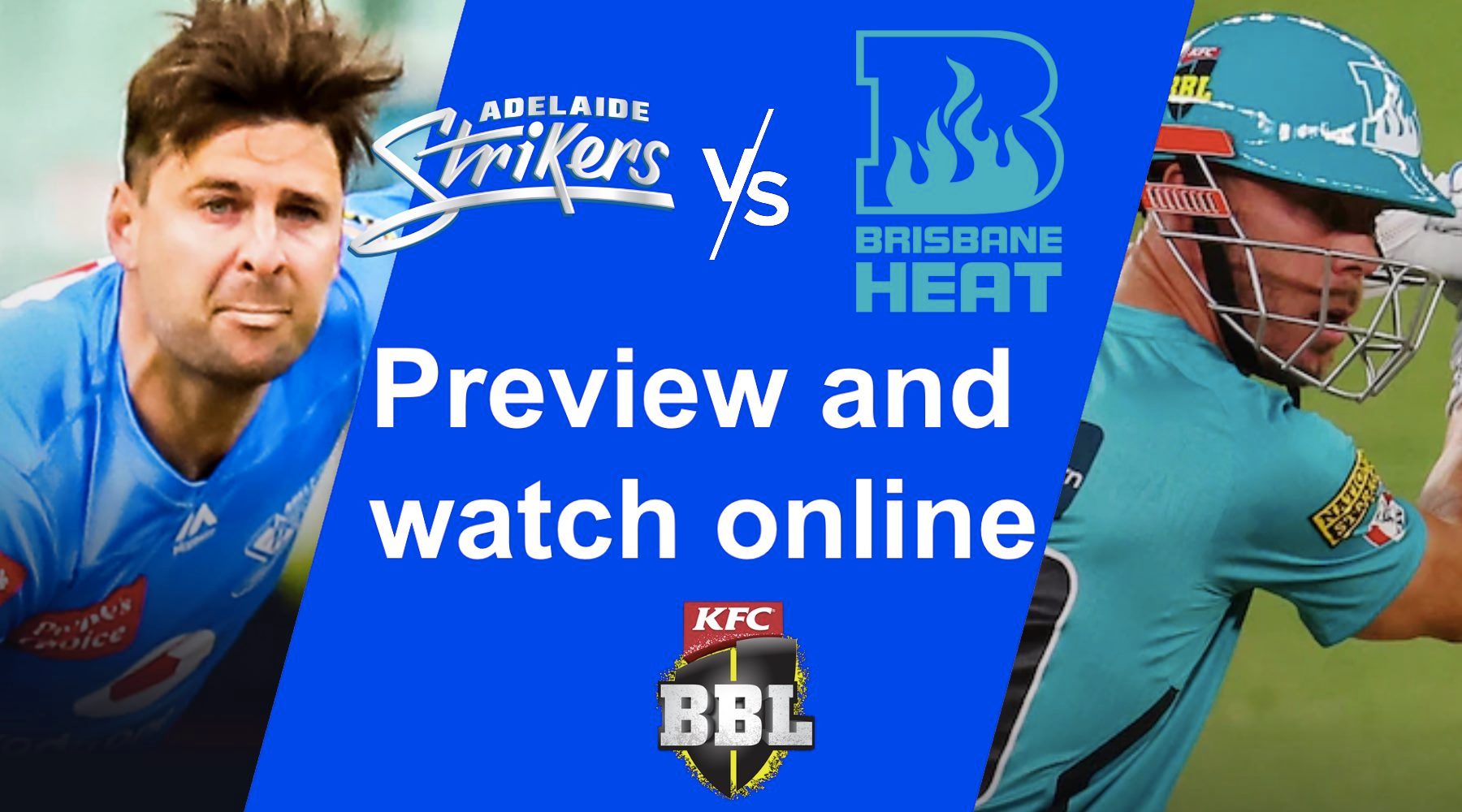 The Adelaide Strikers will be keen to jump back into the top 4 when they take on the Brisbane Heat this week.

SUMMARY: Adelaide Strikers vs Brisbane Heat is on Fox Cricket. Unless you're already a Foxtel customer, your best option is to watch live on Kayo Sports. You can watch for free using this 14-day trial.

Both of these teams enter this contest with a 1-3 record across the early stages of the season. Adelaide suffered a tough defeat to the Sydney Sixers on Tuesday night after having control for much of the evening.

Brisbane have been bowled out twice this season and lost 8 wickets on another occasion with a highest score of 151, so the batting hasn't been firing for them. The only victory came against the struggling Renegades last week.

When is Adelaide Strikers vs Brisbane Heat?

The clash is at 7:15pm on Thursday 23 December at beautiful Adelaide Oval.

Where to watch Adelaide Strikers vs Brisbane Heat

The rights to stream the Big Bash League rest with Fox Cricket and Channel 7. Foxtel iQ, Foxtel Now and Kayo Sports have the rights to all 61 games, including finals, courtesy of Fox Cricket. In addition to the actual fixtures, there is pre- and post-match analysis, highlights, historical games, chat shows and more available for cricket fans to enjoy.

You can also catch some games on free-to-air television via Channel 7. But like last season, that option only has the rights to around 30% less BBL games across the season compared to Fox Cricket. We have a full guide to the BBL here while you can also check out a breakdown of all the BBL fixtures.

You can also catch every match all season long and a heap of unique special features live on Kayo Sports. New customers can use this 14-day free trial and test it all out.

Subscriptions to Kayo start from $25 a month and let you watch on 2 devices at once. If you're after a third simultaneous stream then you can upgrade to the Premium subscription which is $35 monthly.

Who will win Adelaide Strikers vs Brisbane Heat? Both sides have bowled fairly well this season, but haven't produced enough with the bat to win enough games. Overall they've been getting good contributions from quite a few, but haven't had anyone dominate.

Neither side has a player in the top 10 for runs or wickets over the course of the season, meaning they haven't had enough genuine gamebreakers.

However, both teams do have players capable of doing that job, with Chris Lynn the obvious standout at Brisbane. Adelaide spinner Rashid Khan is also capable of being a match winner.

Brisbane feel like they are further away from their best form and it is difficult to predict an immediate upturn, whereas Adelaide have been fighting hard, with 2 of their defeats coming in the final over. We feel their base is better at the moment and they should claim the victory.