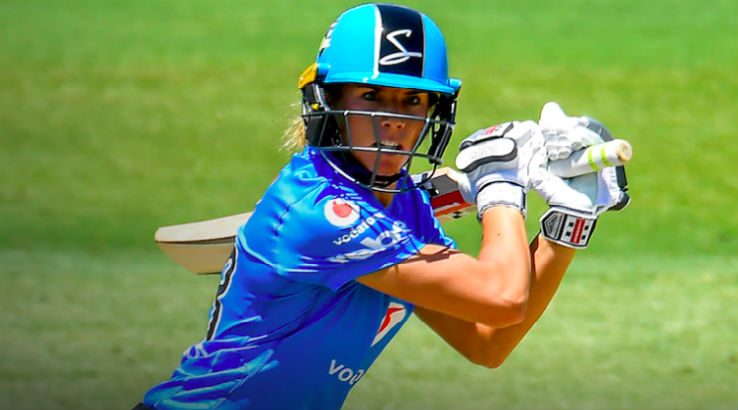 With the WBBL regular season now complete and the top four sides for 2019-20 determined, Adelaide and Perth have the first shot at reaching this year's decider.

The Strikers matched the first-placed Brisbane Heat's 10–4 win-loss record, finishing second only due to their inferior net run rate. Third-ranked Perth picked up nine wins as they secured a finals berth for the fourth time in five seasons.

Both of these teams are chasing their first WBBL title, with the Strikers still yet to reach a decider and Perth falling short in back-to-back finals against the Sydney Sixers in 2016-17 and 2017-18.

The second semi-final will pit minor premiers and defending champions Brisbane Heat against the Melbourne Renegades. Both semi-finals and the final are being played at the Heat's home ground, Allan Border Field.

When is the WBBL semi-final Adelaide Strikers vs Perth Scorchers?

The first semi-final gets underway at 10:10am local time (11:10am AEDT) on Saturday 7 December at Brisbane's Allan Border Field. The second semi-final between Brisbane Heat and Melbourne Renegades then commences straight afterwards at 1:50pm local time (2:50pm AEDT).

How to watch WBBL semi-final Adelaide Strikers vs Perth Scorchers

You're spoiled for choice when it comes to watching the WBBL finals, with 7mate showing the games on free-to-air along with Kayo Sports and Foxtel. You can watch in high definition on Fox Cricket via Foxtel and Kayo Sports.

7mate's coverage gets underway at 11am AEDT, while Kayo Sports and Fox Cricket on Foxtel kick things off at 10:40am AEDT with a review of the season to date and a look ahead to the semi-final showdowns.

7mate's coverage gets underway at 11am AEDT. In addition to this match they'll also be showing the Brisbane Heat vs Melbourne Renegades. Unfortunately as the Seven Network has shifted this game to 7mate it won't be available in HD.

Channel 7 is also restricted by its broadcast agreement and is not allowed to stream the match on 7plus.

If you're not already a Foxtel customer, you should get your hands on a 14-day free trial of Kayo Sports, where you can watch all of the WBBL finals, along with the BBL, Marsh One-Day Cup, every Australian Test match and every Australian ODI live.

You can also take a look at Kayo's 50 other sports and the platform can be watched on iOS and Android devices, Macs, laptops, PCs, Apple TV, Chromecast, Telstra TV and Android TV. For more information see our full Kayo review.

There are no contracts so you can cancel your Kayo subscription at any time.

Lets cut to the chase. Existing Foxtel subscribers can add the HD Sports pack for $25/month. New customers will be staring at a minimum $74 monthly cost, due to the need to also have the Foxtel Plus pack.

There's often Foxtel IQ deals available so maybe you get a better deal. All Foxtel customers are eligible for both the loyalty program and Foxtel Go. It's important to note Foxtel is the only broadcaster who has access to live 4K TV in Australia.

Foxtel Now is Foxtel's digital streaming service. Once more there's the catch of not just being able to have the Sports channels $29/month. After you bundle it with the base Essentials pack $25/month you're up for $54.

Maybe suitable if you're not just after sports content, but still double the price of Kayo Sports. All subscribers will also get access to Foxtel Go.

The final line-ups don't need to be confirmed until 2pm local time on Friday. Below are the full available playing lists for both teams.

Who will win the Adelaide Strikers vs Perth Scorchers WBBL semi-final?

Taking a look back at the recent and overall history between these sides doesn't give a lot away in terms of picking a winner.

From 10 matches to date, the South Australian side have a narrow edge with 6 wins. More recently, the Scorchers have won two of their past three encounters against Adelaide, with the teams splitting their two regular season matches this year.

With the semi-final being played on neutral territory, the winner may well come down to the flip of the coin.